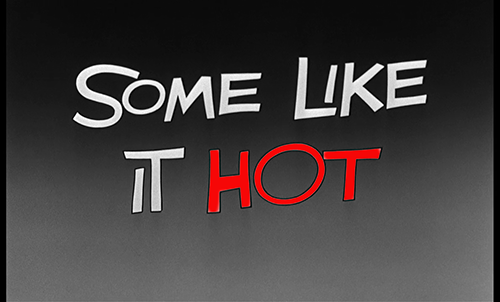 Today is my final full day in Menorca.

It has to be said it’s been seven days of relaxation, lolling around, procrastination and the recharging of batteries.

Yes you guessed it, such a tight ass I’ve been utilising the hotels power socket to render my rechargeable batteries fit for purpose again!

Both Karen and I have found this to be a good hotel, with friendly staff, decent food, good quality entertainment. I can’t think of anything more you could expect from a 4 star hotel in the Balearic Isles……… Apart from making the vacation gratis, which obviously isn’t going to happen.

I know I can be firmly entrenched on Planet Cynical at times, but I like to be positive and complimentary when credit is due…….. Anyway, I can’t get to Planet Cynical at the moment due to a strike by French air traffic controllers. I’m not sure what manifested this industrial action; but rumours are it’s the result of their national football team losing last night to Portugal, in the final of the Euro 2016 Championships.

Another of the drivers for my positivity about my holiday is I despair sometimes at the negativity of a section of our fellow British holidaymakers  Their expectation levels of good customer service seem to have shifted to such an extent they now have ridiculous ideas of self-entitlement and that they must never, ever be inconvenienced.

To give examples, yesterday I heard people complain that there was too much choice in the restaurant and that it was too hot!

Too much choice!!! ……. Come on people get a grip; that’s absolute nonsense. You need something proper to complain about; like your football team losing in the final of the Euro 2016 Championships!

With regards it being too hot, I appreciate we all overheat in this temperature. However, we are on a Mediterranean island off the Iberian Peninsula in July; it’s hardly a flipping surprise.

I don’t know what your expectation was when you booked your holiday, but mine was it will be chuffing hot!…… It’s why I booked it; to get away from the perpetual rainfall in Blighty to catch sight of that big round yellow thing in the sky.

How long is it until someone complains that there isn’t a thermostatic control knob to diminish the power of the suns rays?

In the hotels defence it does everything in its power to make the heat bearable if you are finding the outside temperature uncomfortable. All of the inside (including the bedrooms) are fully air conditioned, it has bars where you can rehydrate and a swimming pool to cool down in.

If that isn’t enough to placate you in your mission to feel less hot, then there is always the fridge in your bedroom for you to sit in!

I single out the Brits above as having an element of whingers, as its them I hear complaining about (in my opinion) things that aren’t issues. The other Europeans here may be the same but as I don’t speak French, German, Spanish, Italian and Russian conversationally I’ve no idea what they think of their overall holiday experiences.

To make my point I’m sat on a sun lounger around the pool next to a French couple. I can tell they are French because the guy turned up in his air traffic controllers uniform….. The lazy get!

They are currently chatting in their native language; however as I remember very little French I’ve no idea what they are conversing about. I can just about remember the French for the verb ‘to be’ and a few words like window is la fenetre and a radiator is la radiateur.

The only chance I’d have to converse with them is if the guy said “I am Giscard. My radiator is underneath the window.”

I’d understand what he’d said to me; however my problems wouldn’t end there as I’m not in possession of enough French vocabulary to respond with any meaningful response.

This would result in me having to reply with something along the lines of “I am Gary. My radiator isn’t under the window!”

It has to be said that after we’d exchanged the feng shui arrangements of our room heating systems, Giscard and I would be struggle if we wanted to converse further…… Unless he spoke Frontier Gibberish, in which case we could have a great exchange of story’s.

I’ll close on a more serious paragraph or so. Yesterday, Karen told me she probably won’t be renewing her passport when it runs out early next year. Her reasons, which I’m hoping she will rethink, are due to her health problems which she finds increasingly restricting both travel and mobility wise.

As well as her cancer, an additional issue was recently  identified back at home, which means the premiums for full travel insurance cover appear to be the cost of another holiday.

I really hope we can sort something out to the contrary, but if not I will remember our many foreign trips with great fondness; both with the kids when they were young and latterly as a couple.

Her revelation was a sobering thought to take home from an otherwise enjoyable holiday!