I’ve just had cause to rebuke myself whilst laid around our hotel swimming pool. The self scolding became necessary after a random thought on seeing a topless women walk past my lounger.

As someone firmly entrenched in middle age, when the women in question walked past my immediate thought was that she had majestic breasts.

To clarify, this thought wasn’t intended to be lurid or self-gratifying. Moreover, that her boobs had the conical shape reminiscent of the old Majestic nightclub in Leeds

Needless to say, the incident caused me to ‘have a word with myself’ and act my age.

Shortly after my brush with boobs (not literally I hasten to add), I eavesdropped on a couple on adjacent loungers who were engaged in conversation with a guy with a Black Country (England’s west Midlands) accent.

His brogue is slowly becoming one of my favourite accents, alongside the soft lilt of a southern Irish and Edinburgh dialects.

I know many who aren’t keen of the accents of the west Midlands, however to my mind it has a warm almost self parody quality that I find endearing.

Exponents of the accents such as comedian Frank Skinner and broadcaster Adrian Chiles are always worth a listen. Not only for their dialect but also the fact they are highly skilled advocates of their respective professions.

Any dialect that uses the word ‘bostin’ to describe something as great is alright (or should I say bostin) with me.

I believe a couple of my 2nd cousins (who I’ve never met) were brought up in the Black Country, which means they very probably have that very accent.

I don’t have their contact details or plans to get in touch. However, if I ever did regardless of how much as I’d like to, I’m absolutely certain that “Go on say the word bostin!” won’t be the first thing I’d ever say to a relative.

Yesterday, my wife Karen and I visited the town of Ciudadela, which is the old capital of Menorca. We last visited here in 2001 when our son Jonny was 11 years old and our daughter Rachel wasn’t. 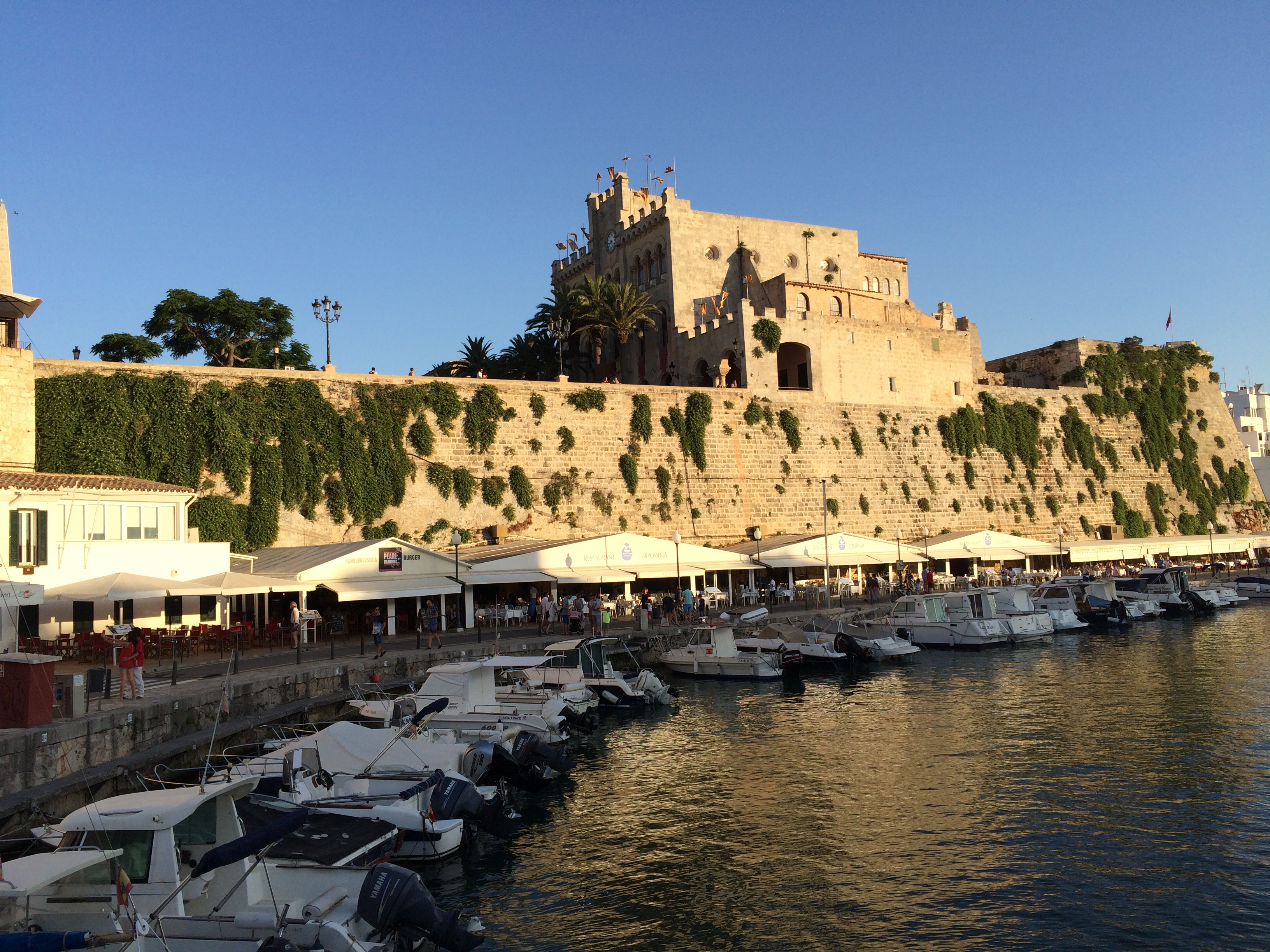 I remember it as a happy ten days of sun, sand, good food, family laughs, decent evening entertainment and it costing me a chuffing fortune in ice creams and cola. I’d describe the hotel we stopped at as majestic…… Sorry that topless women has just walked past again and distracted me!

Ciudadela is known as a historic town famous for its narrow harbour lined with boats and top restaurants, along with its majestic Catedra de Santa Maria de Ciudadela……….. Sorry that woman has just walked back with an ice cream and distracted me yet again!
The cathedral, which took 62 years to build in the 14th century (bloody hell they must have used Hispanic forefathers of the guy who built my patio at home), was desecrated in 1936 during the Spanish Civil War. Thankfully it has since been restored back to its majestic original……… I wish that lass would stop walking past this lounger!!

Right, as I’ve only got two full days in the sun left, I’m going to vacate the shade to top up my majestic tan…… Oh for flips sake, Gary!