I travelled back to Blighty yesterday after an enjoyable seven days on the Balearic Island of Menorca.

It was an unremarkable journey home, which started with an hours bus transfer from our hotel to Mahon airport. As with all airport transfers it was elongated by picking up fellow homeward bound holidaymakers from hostalries in our resort.

With the early bus collection the passengers body language was one of tiredness, sadness of the end of their breaks and, in the case of those with kids, a look to say “No we can’t bloody sing ‘Veo Veo’!”

One thing that did intrigue me on yesterdays bus transfer was a guy who boarded the coach subsequent to us, who bizarrely had what looked like a small white plaster on one of his sideburns. 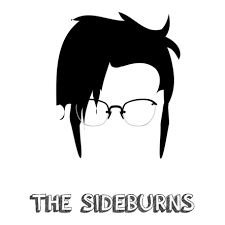 This sight set my erratic mind on a not unusual journey of randomness. It was a venture where I sought the reason behind the story of the covering of this man’s sideburn.

Amongst the possible reasons I considered were:-

Even with those five top notch theories (cough, cough) relating to the guy’s sideburnal accoutrement, I was still no nearer the truth. So, as he was sat across the aisle from me on the coach, I asked him the story behind the white square plaster.

Looking flustered, he held his hand to the offending plaster and pulled it off. Unfortunately for him this action removed a chunk of hair, leaving a bald patch on the sideburn.

“Those bloody eagles again!” he blustered. Before adding “Not more sodding paper cuts!….. I wish they’d learn how to handle 80gm A4 paper properly!”

He stuck the bandage back on his sideburn to cover his newly acquired bald patch and he sat slumped in his chair muttering anti-eagle platitudes until we arrived at Mahon airport. 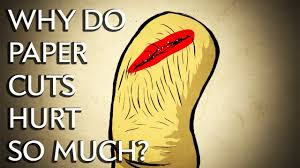 Eventually we boarded the plane, where I found I was sat close to the guy who was on our outbound flight wearing an Ipswich Town shirt. The club are known as the ‘Tractor Boys’ due to the large scale arable farming that takes place in the county of Suffolk.

Once we’d taken off I could hear the Ipswich fan telling the stranger next to him that, despite a lack of sugar beet on the island, he’d had a decent enough holiday.

The stranger agreed, telling him “Too bloody right! ….. The lack of sugar beet harvesting in Menorca leaves a bitter taste!”

The Ipswich lad, who knew at this point that the bloke was taking the pee, turned back to his book ‘Sugar Beet Scarcity on the Iberian Peninsula and Islands’ and reverted to silence.

As the flight got us ever closer to home, I inadvertently made eye contact with the Ipswich fan. I quickly looked back at my book ‘Avoiding Talking About Iberia’s Sugar Beet Shortage’.

I didn’t want to be impolite; however I didn’t want a discussion on arable farming. For one, I was wary of a comparison of the crops we grew. He was obviously a producer on an agricultural scale, whereas I only had woeful returns from my tubs of basil, vine tomatoes and mint.

There isn’t a requirement for a combined harvester to pick my meager contribution to the world of self sufficiency. My crops are hand picked with love, tenderness and the occasional wasp sting. The only harvester around here is the pub around the corner.

However, I was mindful if I displayed any sort of interest in the growing of herbs and fruits I’d be potentially opening a can of worms for myself. After all, I really didn’t want to spend the rest of my journey home discussing harvest yields and crop rotation strategies! 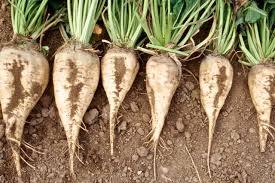 I’ll close this blog now as, paper cuts permitting, I’ve a weeks worth of writing to print.