Recently, I was saddened to hear an old friend of mine had been diagnosed with a serious illness. I’ve known Alan (the friend in question) since 1983 when, as a wet behind the ears kid, he showed me the ropes in my new role at British Coal in Gateshead.

He was supposed to teach me how to operate an ICL mainframe, but for some reason he just showed me some ropes in the computer room!

If I’m honest, I was amazed I actually got the role as a trainee computer operator after an erratic interview. It wasn’t going too bad until he asked me “Why do I want the job?”

I responded “I want world peace and to do charity work.” …… In hindsight, I think using Miss World contestants as my interview role models was possibly flawed.

I think what saved me after that poor answer was the guy interviewing knew me from playing cricket against his club. I suspect the offer to get out for a duck (no runs) next time we played them probably also helped.

He didn’t realise that I’d tricked him as I tended to score low with the bat anyway. I was in the team for my bowling….. Not to mention Top Trump pictures of Miss World.

Anyway, I got the job and my long stint of working shifts started. As I mentioned above this is where I met Alan for the first time. I always thought he had a look of Canadian snooker player Cliff Thorburn; with his bouffant, bushy moustache and penchant for walking around work with a snooker cue.

In fact I said to him on that first morning “Has anyone ever said to you that you look like Canadian snooker player Cliff Thorburn?” After carefully mulling over the question he said “No!”

Admittedly, not the most interesting of opening gambits, but some friendships start with the dullest of chats.

I then asked him “Do you think friendships start with the dullest of chat?” He mulled that over for a while also and responded yet again “No!”

At this point I decided that I’d stop asking him closed questions and try and gain a bond by throwing in an open question.

With this in mind, I asked “What’s it like working the shifts?”, which Alan took a few seconds of contemplation before answering “No!”…… At this point I wandered over to the ropes to start perfecting reef knots! 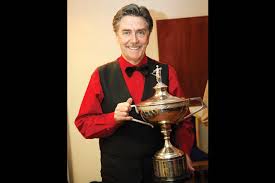 Seriously, though, I had lots of laughs working with this guy who thankfully didn’t answer every query with a response of “No”, would put up with my randomness; not to mention allow for my immaturity at the time.

Subsequently, Alan and his family became good friends with my family. Taking that friendship into account, and as he knew the words to ‘Morning Has Broken’, Karen and I chose him to be godfather to our son Jonny in 1990.

We worked together for 14 years in both Gateshead and latterly London, during which time I didn’t learn much about computer operations. However, through his mentoring I received plaudits for my rope knowledge, in particular my reef knot skills.

Alan was diagnosed with a form of blood cancer 18 months ago, but only recently made this information common knowledge. It saddened me to hear of his fight for many reasons.

It made me reminisce back to the many hours of laughs we had both in and out of work through the 1980’s and 1990’s. Not to mention the essential life lessons he taught me, such as moustaches can make you look like a Canadian snooker player and the versatility of a slip knots.

Another in a long line of tales I recently heard where the karma bus has got it badly wrong again! 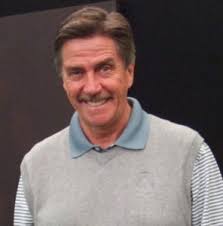