The journey followed my impulse buy at Sainsburys’ of a record turntable and the retrieval of my album collection from my dad’s garage. I suspect when he agreed to store them for me when I left home in 1987, he hadn’t realised it would have been for 29 years.

Mally’s an easy going bloke, though, so beencustodian of my vinyl disks since without complaint. I like to think he stored them as a lure for me to return one day, but in all reality he’d probably just forgotten he had them. 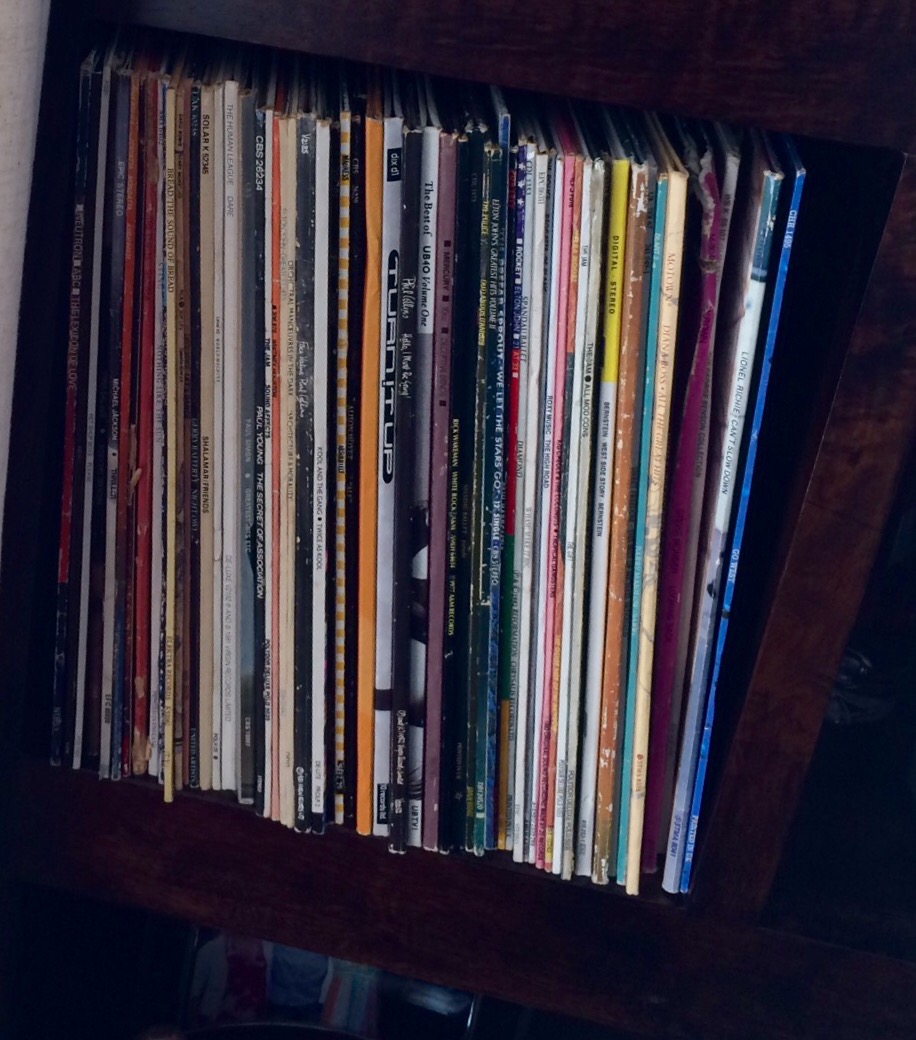 I was surprised to see how good a condition the albums were in. Especially when you take into account they’ve sat collecting dust, not to mention having various items dumped on top of them for over a quarter of a century.

I think if I’d have been stored in a garage for nearly 30 years with lawnmower boxes, drills, saws, 17 waterproof coats and my dad’s lucky anvil on top of me I’d have been far more dishevelled…… To be honest I look more dishevelled than the records now regardless of that scenario! I must get a shave!

Despite the cold, I wouldn’t have minded being stored in his beer fridge in the garage. Admittedly, I’d look even more dishevelled doing that, however I can think of worse places to spend my time.

Under that scenario I could have spent 29 years drinking beer and living off chilled convenience food. Actually, coming to think of it that’s what I have done anyway…… scratch that idea!

On closer inspection of the albums, it was ‘interesting’ to see my musical taste in the 1970’s/80’s. Unlike my younger brother and sister, who were far more interested in the alternative music scene, my tastes were utterly (and unashamedly, at the time) mainstream.

While our Ian and Helen followed the growth of music, via radio shows such as John Peel’s, like New Order, Joy Division, Prefab Sprout, The Smiths and Stiff Little Fingers, I ventured on the safer side with music from artists who were already in the spotlight.

As I grew older I became far more open minded about my music listening choices. Resulting in embracing some of the music my siblings enjoyed, in addition to a new interest of other genres such a classical, musical theatre, jazz, songs from the Great American Songbook and R&B.

So in reality the albums I picked up from my dad’s yesterday are from an era where I was fairly blinkered listening wise. Don’t get me wrong there are some classic mainstream albums, but my taste could never have been classed as eclectic in those days.

After dumping the vinyl records at chez Mally all those years ago, I still maintained an interest in many of the artists/bands in my collection via the purchase of those new fangled compact disks (CD’s) thingys.

When I got home from my parents, Karen and I commenced on that memory lane journey. We didn’t need a sat nav to take us back to the era we started dating in the early 1980’s; just the newly purchased turntable and the actual albums we listened to in that era.

It was a much needed fillip after Karen had received some upsetting health news (non cancer related) on Friday afternoon.

Listening to the Diana Ross, Stevie Wonder, Pet Shop Boys, Lionel Ritchie and Michael Jackson albums took us on a very much needed excursion back to happier, carefree times.

The Diana Ross LP, in particular, brought back memories of our early courtship as we played that same album endlessly at the time. The George Benson album we listened to was, according to my wee spouse, the first present I ever bought her (on her birthday in 1983).

We returned back from this journey at around 10pm, in better spirits than mid afternoon, with a promise to each other to do it all again soon.

Taking a trip down memory lane, embarking on a journey of nostalgia or venturing on an excursion of sentiment. With the help of a record turntable and a bunch of old LP’s, I realised yesterday at 10pm how lucky I am to have avenues like that to escape. 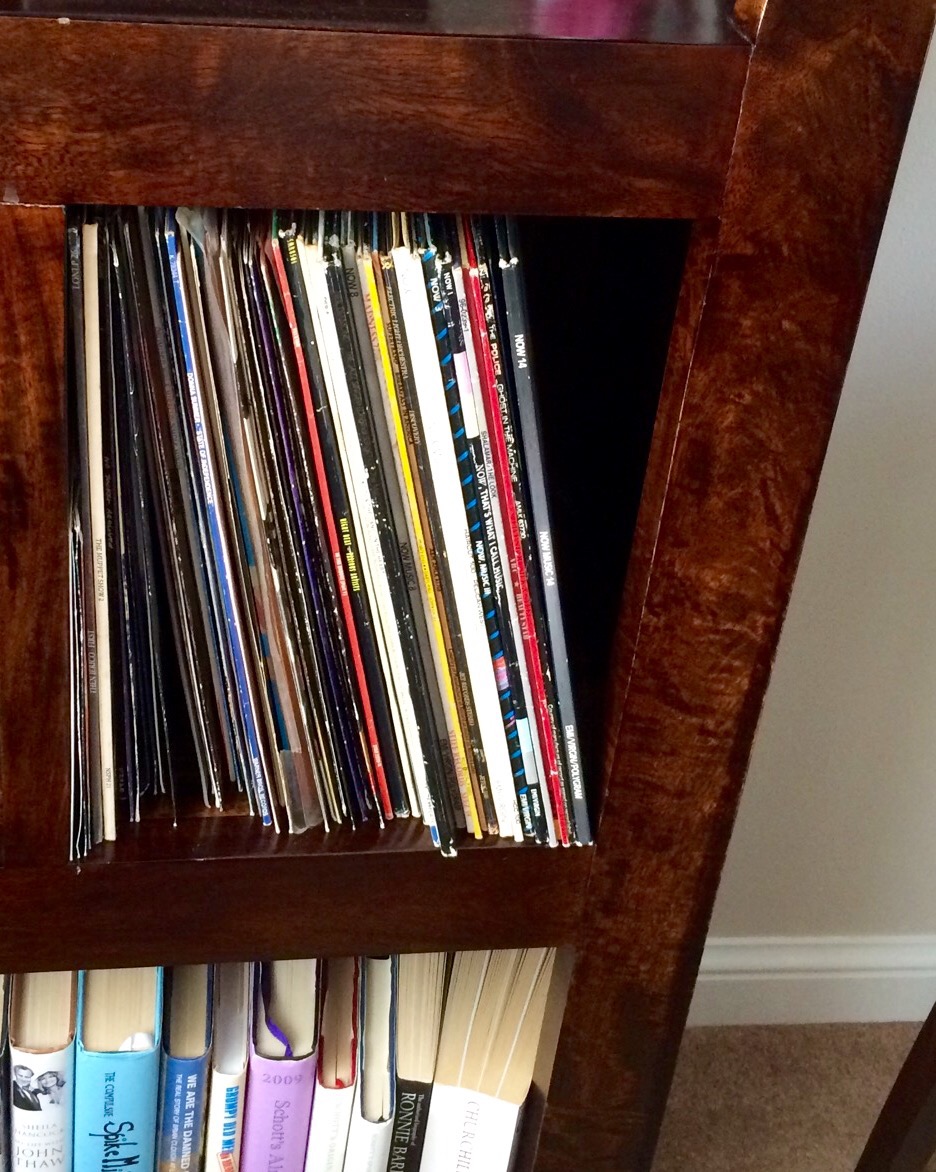