I loathe writing about politics for many reasons. This includes having no real interest in the subject, which is exacerbated by my deep mistrust of our elected representatives on both side of the political landscape.

From memory today’s blog will be my first monologue about the subject. My objective of is not to be preachy, moreover to pass on observations made since last weeks result of the EU referendum.

Below are the musings of a middle aged northern English bloke with no affiliation to any political party. A man who has grown tired of the futile post referendum squabbling and who longs for a line to be drawn under it and move on.

You could argue “When you cant think of a fourth Brexit campaigner why mention the horsemen at all, Gary?” …….. But you bloody would!

Are they, as the harbingers of doom would have us believe, the architects of upcoming War, Pestilence, Death and Famine (the original horsemen) in the United Kingdom? 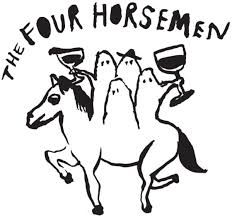 In the wake of their victory will we see lawlessness of a scale that sees people not returning library books, a rise in youths ringing your doorbell before running away and choristers mischievously singing out of key?

What will really happen economically? There was a pretty extreme drop in the money markets initially on Friday after the referendum result, as you would expect, but did the FTSE not recover to over 6,000 points at the end of day?

Is it true UK workers rights be seriously impacted by the removal of the safety blanket of European Union (EU) legislation?

These are not rhetorical questions, as I don’t have an answer, but it seems to me a significant percentage (probably about 48%) don’t know either.

However, this doesn’t stop the vitriolic attacks by some on people who dared (in a democratic referendum) to have a differing viewpoint to them.

They say that ‘Hell hath no fury like a woman scorned’….. It appears that maxim also applies to a section of the spurned UK electorate.

From where I sit (the dining table) our populous are now so high maintenance, feel so self entitled, are so indoctrinated with thoughts they should never be inconvenienced, that democracy is only acceptable if their opinion is ultimately adopted.

I understand people’s disappointment at not remaining in the EU, not to mention their right to express that displeasure. I’m not prepared to say how I voted, but I share a deep discomfort and concerns around some of people’s motives to vote to leave.

That being said, the people being vilified were expressing their preference in a democratic vote. So, regardless of our displeasure and questioning of motives, we have to live with it!

I mean how spoilt have we become in the 21st century United Kingdom. We have a right to vote on our local and national governments, a right to voice our opinions openly and we have Cheesestrings.

I mean for god’s sake people, less than a hundred years ago women didn’t even have a vote at all! …….. And there was no Cheesestrings!……. So think yourself lucky and stop being so flipping divisive! 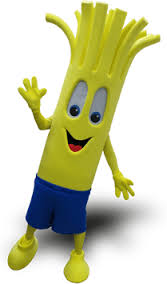 Calling someone an unintelligent fool for voting to leave achieves nothing. Advising them they are ‘thick as shit’ isn’t going to get a helpful or positive response (although it may get you a black eye).

If your opinion was people needed educating about the real issues in this key vote, that influencing/educating should have been done before the vote…… Not after the horse (or four) had bolted.

Not everyone of the 52% individual who voted to leave would have done so for the wrong reasons. Many would have just not understood the potential implications of their voting strategy.

For people in that category, you can’t blame them. After all it wasn’t exactly clear before or even after the fact what the implications of a vote either way was. The campaigns on both sides lacked detail, were too negative and badly run.

You never know those individuals may turn out to be right and our future turns out rosy when things settle down. It may even materialise that the ‘Remain’ supporters were wrong after all.

In a time of great uncertainty for the UK, it may seem hard for some to see positives on the horizon. However, there is one certainty……. Maintaining the negative, divisive squabbling achieves nothing. To make it work we have to reunite, whether we like it or not!

Anyway, I’m bored now with writing a blog about politics; which is something I vowed never to do when I started my blogging site 15 months ago.

I’m off now to see what those four horses are doing in my back garden!! 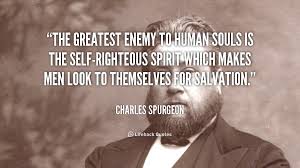