Yesterday, I wrote my first blog on politics. It was a tome more serious than I normally pen which, if truth be told, I don’t enjoy writing as much. However, despite my reservations, I thought I’d challenge myself to write outside of my comfort zone.

Despite my misgivings, I received glowing feedback from my wife on reading the piece after its publication on writesaidfred.org .

She sat in silence while reading the observations I’d made about reactions post EU referendum. This quiet only broken when she occasionally surfaced for air…… Why the hell she has to read them under water I’ll never know!

When finished reviewing my work she’d climbed out of the bath in her diving gear before removing her snorkel and mask.

She showed no emotion as she fed back to me, “That’s not as bad as I thought it would be…… Can you do me a favour and empty the dishwasher please?!”

I’m not sure what Karen’s expectations were for my ramblings, particularly on a subject I’m generally disinterested in. However, to exceed them was my most fulfilling moment since visiting Pontefract Cake Land. The West Yorkshire theme park dedicated to liquorice confectionery, Pontefract, cake and errrrr…. land.

It doesn’t have quite the pull of Cadbury World in the West Midlands, but give me a bag of liquorice Ponte Cakes over a chocolate bar any day. I’ve no idea where I’m going with this, so I’ll move on swiftly! 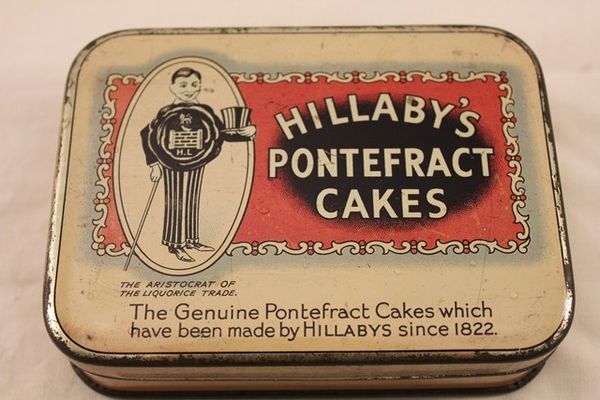 Positive feedback makes the 1-2 hours effort of creating a blog worthwhile. It can be a torrid time attempting to make sense of the scores of ideas my neurological database computes during the writing process. It’s not an easy job reining in this random mind of mine.

On the plus side it ventures into expanses of laughter, areas of humanity, places of family responsibility, pride and dreams.

On the flip side, though, I wish I could take out a restraining order prohibiting it meandering down unwanted avenues. I’m talking about destinations of doubt, self-hatred and uncertainty.

This uncertainty born from concerns about Karen’s health, my uncertain work situation and another spousal health issue which blindsided us last Friday, to name a few.

It’s like taking a hyperactive dog for a walk. A canine that spends the whole journey trying to escape from the leash, but you’re reticent to release it because you’re terrified where it’ll go and when you get it back.

I’ve just had a writing break while I vacuumed the upstairs rooms. While up there I was strangely captivated by an insect strolling around on the window sill in my room.

I’m not sure what the insect was but it was about the size of an ant with what looked like wings. Although, to be honest, it seemed happier walking than using those wings to fly.

In fact I said “Karen! Have you seen this? That insect seems happier walking than flying!” shortly after clapping eyes on it.

She looked briefly at the bug, but was utterly unmoved by it and returned to singing a medley of Les Miserable songs to the soft toy koala on her bed.

“Do you think it’s one of those flying ants that eats people and wants to rule the world. You know the ones you read about in your ‘Famous Ant Coup de Tats’ book?” I asked in an attempt to re-engage her attention. 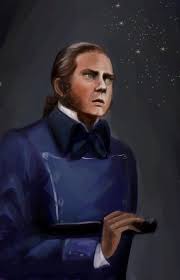 She briefly stopped singing “Valjean, at last. We meet each other plain. Monsieur Le Mayor you’ll wear a different chain……” and responded to my question with “No you’re thinking of Donald Trump!”

“Trump only wants to rule the world, not eat people!” I replied to my spouse who was back singing the part of Javert to Cody the Koala’s Jean Valjean.

“What about Mexicans?” my diminutive spouse proffered.

“I believe he wants to build a wall to keep them out. Not feast on them in some sort of cannibal ceremony!” I told my only half listening Mrs, before concluding “Although that might be his plan B if the wall fails!”

With the vacuuming concluded, I headed down stairs vowing to google (other search engines are available) what the insect was.

With the Dyson vacuum ensconced in the garage, I googled ‘Ant like creature with wings, eats people’ and what do you know Karen was right!……. It was Donald Trump!

An insect similar to the one in my room 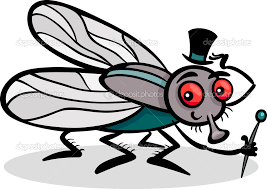