I woke this morning just before 5am. I knew it was that time because the big hand on my Anthony Worrell-Thompson alarm clock was on the twelve, and the little hand was on the five.

It could have been 5pm I suppose, however with the limited longevity of my slumber I doubted it. Another clue it was the morning was the sun peeping voyeuristically through a crack in my east facing (so called) blackout blinds.

Additionally, the fact I’d put the TV on to see the result of the European Union (EU) referendum to be greeted with a “Good morning!” by a tired looking David Dimbleby backed up it wasn’t afternoon.

I don’t think the greeting from a member of the second TV family (after the Attenborough’s) was specifically aimed at for yours truly but I reciprocated his wishes through tired eyes (well mouth anyway). 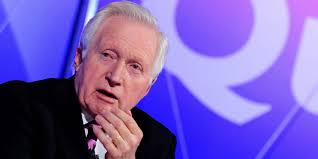 To be honest, though, my easily distracted mind was too busy focusing on the surprising news on the scrolling bar adorning the bottom of the screen.

No it wasn’t telling me it was 5pm after all and I’d been the victim of a elaborate prank, which the sun and David Dimbleby were in on!….. It was informing the BBC viewers that it had been projected the UK was to leave the EU.

The people of Britain had spoken out, or to be accurate had populated their ballot slips with sufficient X’s in the exit box to ensure the end of a 41 year love affair.

Admittedly, not the most stable of relationships, it was more like a fickle Taylor/Burton flirtation, however the UK and EU remained high maintenance bed fellows.

From a personal perspective, when casting my vote it felt like it was a ‘no win’ situation regardless of the side I voted for.

To me, I was in a scenario not dissimilar to that of the swimming test undertaken in medieval times to prove the guilt of a witch.

A suspected witch would be tied, finger to opposite toe, and then be lowered into a river. It was believed that if the woman was innocent (not a witch), she would sink and probably drown. If she floated the woman was deemed a witch and put to death anyway!

When I voted I had the choice of taking a decision that could cause my pension pot to plummet, but give the country back its autonomy legally, constitutionally, economically and with its own border controls.

Or alternatively, choosing an option to likely provide more financial certainty for me and my kid’s future, but live in a country where it hasn’t got full control of who enters and, on some occasions, who we can deport. 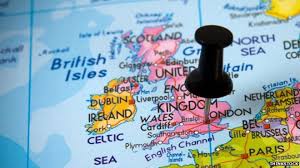 I was talking to garystrachan.com’s political editor, Old Ted at the Garforth Liberal Club, who predicts this decision will manifest seismic shock waves through the UK political landscape.

I asked if he was referring to concerns about his pension and health care, which he dismissed. However, he did say that he had worries that Daniel O’Donnell albums and Tena Men’s *) would shoot up in price…… * Other products to stop men peeing themselves are available.

He did cheer up a tad when I told him that at least he’d be able to sell the mis-shapen veg grown on his allotment after the EU exit has been completed.

If truth be told, I’m beginning to have reservations about making him my website’s political editor. Old Ted isn’t very erudite, not politically impartial, uninformed, misogynistic and has unprofessionally used the word bollocks in at least three places on his CV!

He has been a shadow of his former self of late. The result of shattered confidence when his wife left him for another man…… Unfortunately, for Ted the other man didn’t want him, so took him back to his wife.

What will become of our green and sceptred isles post our EU exit?

The deputy political editor of garystrachan63.com (Old Ted’s wife Elsie) foresees continued instability in the money markets and a double dip recession. She also predicts the return to bartering when Ted will have to pay four dozen eggs for a Daniel O’Donnell album.

Daniel O’Donnell – Country Boy. Yours for only four dozen eggs. 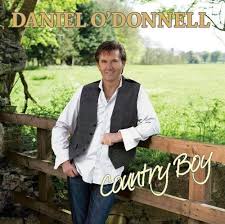 When pressed about the possibility of Tena Men’s rising in price as a result of the EU departure, she was clear that no matter what they cost she’d be purchasing them for her husband.

She qualified that by telling me “I’m not having that silly old sod pissing on my lino!”