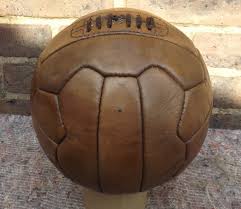 Since 1970, the game I used to love has brought me many lows, much heartache and an unnatural interest in liniment!……… I really need to not take it so personally when I’m struggling to complete the set of the Euro 2016 Panini football stickers!

Seriously though, as a Leeds United and England fan, my football life has been a litany of disappointments, upsets and suppression of a word that rhymes with duck.

Don’t get me wrong, I don’t and never will regret the club and country allegiances I chose as a young boy. After all they are the city and country of my birth, and changing those choices aren’t an option.

I have had many good times as well as a Leeds fan (less so for England), so I shouldn’t whinge too much!

I suppose my plight could have been worse. I could have been a fan of Barnestoneworth United the fictional side supported by Gordon Ottershaw in Michael Palin & Terry Jones’ BBC comedy Ripping Yarns.

This tale told of a football team who, after their heyday when they were Yorkshire Cup winners in 1922, went down hill rapidly and they became the league whipping boys. Eventually, they turned into such a dysfunctional team of misfits, they spent more time arguing over shorts in training than improving their football skills.

Much to the chagrin of Gordon Ottershaw and a handful of flat capped codgers who supported the West Yorkshire side, heavy defeats became the norm for the men in red and white shirts.

After the weekly defeats, the fanatical Ottershaw would return home, taking out his frustrations by throwing furniture through his front window to the cries of “8-1!…… Eight bloody one!”

His long suffering wife acquiesced to this behaviour; along with the fact her husband preferred to teach their son the Barnestoneworth United cup winning team, as opposed to his given homework of learning UK Prime Ministers.

I don’t pretend to be as fanatical as Gordon Ottershaw about my team, however, I can relate to wanting to throw the hearth clock through my front window on many weekends after an abject Leeds performance!

Additionally, I can relate to his love of his old heroes. His amour with the regaled Yorkshire Cup winners of Haggerty F, Haggerty R, Tompkins, Noble, Carrick, Robson, Crapper, Dewhurst, McIntyre, Treadmore and Davitt, was similar to my fondness of the early 1970’s Leeds team.

The names of:- Sprake (or Harvey), Reaney, Cooper, Bremner, Charlton, Hunter, Lorimer, Clarke, Jones, Giles and Eddie Gray, meant I had a glorious introduction to football as a kid.

Although it has to be said that, as with Barnestoneworth Utd, once those heroes disappeared in the mid 70’s the dynasty was never properly replaced.… Not over a sustained period anyway!

As I’ve drifted into middle age, I’ve become increasingly disaffected with the game I once loved and knew all sorts of shite trivia about!

As a nipper the magazines Shoot, Goal and Roy of the Rovers used to provide me with my weekly football information fix; not unlike how Sky Sports News does now on a daily basis for today’s younger generation.

For some reason, I no longer care about what Liverpool’s reserve goalie has for his breakfast, which shower gel is used by a Stoke City striker or what Wayne Rooney’s favourite pasta recipe is.

As someone who’s loved football since the late 1960’s, it saddens me that my enthusiasm for the game has diminished to such an extent I was indifferent to watching this afternoon’s England v Wales game in the European Championships.

In the end, I did watch it with one eye while I was writing this…… Unfortunately as I watched it with my weaker left eye and the mute was on the TV, I’ve no idea if England won or not!

I blame TV saturation by Sky, player disloyalty, trigger happy owners and not being able to get Harry Kane in my Panini sticker collection as contributing factors of my disengagement with the game.

Will I get that enthusiasm back? Who can tell! …….. Do I even want that love back from someone who’s caused me so much heartache?…… Is it prudent to embark on a high maintenance relationship with a fickle beau, which will no doubt end in tears again?

I’m equally fickle so I wouldn’t bet against it!

Incidentally, can anyone swap a Harry Kane sticker for a Robbie Keane one? 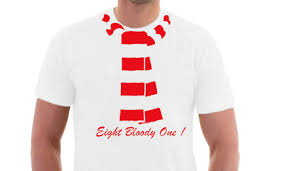