As I’m sat here thinking of a blog topic, I’m accompanied by the sound of Magic radio station blaring out songs from happier times.

No not the UK Top 20 when I first heard Sainsburys’ had 25% off wines if you bought six bottles, or the excitement at the introduction to Pot Noodles!…… I’m referring to tunes that stir fond nostalgic memories from the 1980’s and 1970’s.

Karen is singing along in the kitchen in her distinctive unmelodic but endearing voice. As I write this line, she is cleaning the fridge while singing Whitney Houston’s ‘I’m Gonna Run To You’.

With her Geordie accent and inconsistent reaching of notes, it’s like listening to an amalgam of Cheryl Cole and Russell Crowe (when he played Javert in the movie version of Les Mis).

Some might argue I could have ended that sentence above after writing Cheryl Cole but for me that’s too subjective. In my opinion, it is far less subjective whether Russ’ voice wasn’t up to much in Les Mis, so I went with that!……. I’ve not heard enough of Cheryl singing solo to comment on her voice. 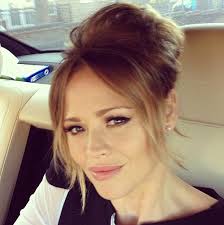 The songs serenading me, as I pen this narrative, take me back to the carefree times of no mortgage, few responsibilities, an unconvincing moustache and when I’d never heard of Peter Ridsdale……. Google it!

They were good times, when I dreamed big and worried small. It was an era that spawned numerous immature mistakes that troubled me at the time, but in hindsight they evolved in my mind into invaluable life lessons.

I’m referring to years when I didn’t have to worry about which flavour Pot Noodle to buy in the weekly shop, putting on the odd pound in weight or ponder whether hoodies are a mistake for a guy in his 50’s.

Times when I’d never heard of a blood pressure tablet. Not to mention an era when a statin was a mis-spelling of the surname of a former General Secretary of the Central Committee of the Communist Party of the Soviet Union. A man whose tash growing exploits were a source of great envy in the 1980’s.

Stalin – Not to be confused with a statin!

As I write this segment there is a Status Quo song blaring out, which gives me a timely reminder that not was all great back in the day!

I was hoping Karen’s kitchen accompaniment would drown out the Quo song; however she has stopped singing and is upstairs changing the bed sheets and confronting Jean Valjean!

Of course, I don’t have a monopoly on nostalgic fondness of the 1970’s and 1980’s. My generation fork out a collective millions throughout the year attending music festivals, gigs and tribute acts of bands from that era.

Taking my generation back to the ‘carefree times’ is a multi million pound industry, which is fed by this very nostalgia.

While I reminisce, I wanted to recommend a 1970’s/80’s tribute act whose show I recently attended. He was a car mechanic by day, but at night he morphed into a very convincing doppelganger of the man who brought us the song ‘Copacabana’.

The name of this man who so effectively stirred my nostalgic juices?! ………. “Ladies and Gentleman!….. All the way from Wrenthorpe!…… I give you ……. Barry Manifold!”

To close I just wanted to remind you that the answer is Kimberley Walsh…… Unless the question is “What is the name of the Barry Manilow tribute car mechanic from Wrenthorpe?”

The answer to that is Barry Manifold. 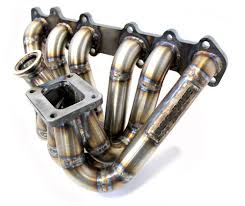