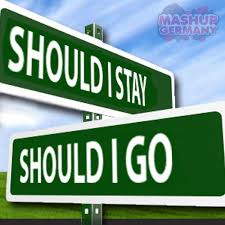 In 1982 the British punk rock band The Clash released a single that included the lyrics:-

During the build up to a June referendum on UK’s European Union (EU) membership, the sentiments in the above lyric could have been written to sum up the British public’s forthcoming voting conundrum.

I’m pretty sure the lyrics refer to relationship break up and that Mick Jones, Joe Strummer, Topper Headon, and Paul Simonon didn’t have the power of foresight and wrote the song about this future referendum. However, in the absence of being able to confirm or deny that I’ll keep an open mind! 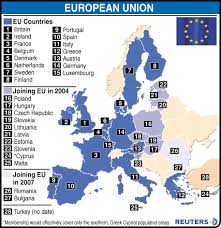 As it stands at the moment, I require a broader understanding of the possible consequences of each action before deciding on which way I’m going to vote in this referendum.

Returning constitutional and legal powers to the UK seems a good argument for leaving the EU. However, what would it mean to our economy by no longer being a member of this collective of European countries?

If the referendum had have been on ‘Gherkins in a Big Mac – In or Out’ it would be a simple ‘Out’ vote for me.

Or, if the referendum had have been on ‘The UK’s involvement in the European Hokey Cokey Championships – In or Out’ my answer would have been ‘In’, ‘Out’ and ‘Shake it all about’!

However, there’s a bit more at stake with Britain’s EU membership, so I’m not going to make any knee jerk reactions (unless you hit my knee with a hammer). I think it’s prudent not to make a rash decision before I’ve evaluated the argument of both the ‘In’ and ‘Out’ camps.

In The Clash’s 1979 cover version of the song ‘I Fought the Law’ the song concludes with the lyrics:-

It’s got absolutely nothing at all to do with a blog about the European Union membership referendum but, if you’re at a loss for a tune to play on YouTube, it’s a really catchy song that’s worth a listen …… Although slightly repetitive at the end! 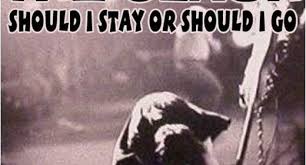