This morning, as I entered the living room in Chez Strachan, I was greeted by an unexpected audible ping.

I foolishly romanticised that the noise was that of Cupid’s bow string, as it forcefully triggering an arrow in my direction; a gesture of amour from a love struck valentine.

However, this notion was soon dispelled when I realised the origins of this noise wasn’t from an act of the god of love.

Instead, it became apparent that the sound was the result of the elastic on my boxers snapping, necessitating a hasty retreat upstairs to fix the stricken waistband.

I’d never used blu tac before to keep my shorts up and am not advocating it as a long term fix. For the record, though, they’ve not fallen down since I administered this temporary repair an hour ago, in the absence of a safety pin.

When I said above that I hoped an arrow was heading my way, I obviously meant it metaphorically as an arrow from Cupid. After all to my knowledge he doesn’t fire real arrows.

It goes without saying, it would be wantonly reckless to shoot real arrows at your loved ones heart. 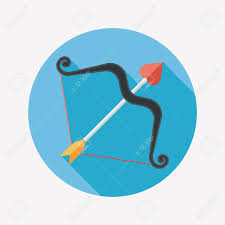 Explaining to the local constabulary the reasons your lover is laid prostrate with an arrow in their chest wouldn’t be easy.

I suspect having a statement claiming your paramour’s injuries were sustained when a small winged individual inadvertently shot a real, instead of metaphorical, arrow wouldn’t hold water with the police or Crown Prosecution Service.

Adding the motive was to show your love for the person suffering from critical archery injuries, would inject an even more incredulous spin to the tale.

Indoor bow and arrow usage is foolhardy; which shouldn’t be confused with Stan Laurel’s side kick who’s Oliver Hardy.

Anyway it’s Valentine’s Day and later on, after the blu tac fix to my undies, the god of love thoughtfully despatched that metaphorical arrow in my direction, courtesy of my wee spouse.

Apart from the exchange of cards, and a token gift each we aren’t doing anything special today.

Karen and I haven’t gone overboard on the 14th February for many years, mainly due to not being on a boat on that date for at least a decade.

I don’t hold the views of some, who contemptuously dismiss Valentine’s Day due to it’s commercialism. Although, I can’t dispute that greetings cards and flower prices are hiked up cynically, or that it is used by restaurants to receive a timely boost after the Christmas/New Year lull.

While buying a card last Thursday in the Hallmark store, I spoke to a guy who was openly cynical about Valentines Day merchandising.

During a break from choosing a ‘Happy Baby Sitters Day’ card, he told of his vehement opposition to unnecessarily lining the pockets of the greeting cards business. Adding only a fool would purchase their products on contrived and meaningless days of celebration. 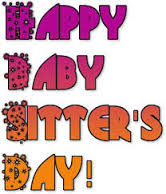 As much as I dislike using the word prematurely on Valentine’s Day, I’m going to have to draw a line under this blog prematurely. I need to go investigate the commotion in the house.

It appears there has been an incident resulting in two broken ornaments, a cup of tea being knocked over and a bloody big arrow stuck in tonight’s roast beef joint.