Yesterday, Karen excitedly advised me that she’d received an email, from Ticketmaster, advising tickets for singer Adele’s 2016 tour go on sale next week.

I haven’t seen her so giddy since I told her last week I’d read her hometown of Birtley, in County Durham, had been nominated in the ‘Town Baths With Best Chlorine Ratio Levels’ category in the North East Chlorine Guild Awards!

I’m sure she won’t mind me telling you that she turns 50 next year. When I recently inquired what she’d like as a gift for this landmark birthday, her immediate response was “I’d love to see Adele!”

What’s A Delaware Wear Boy? – In this photo it’s a brand New Jersey! 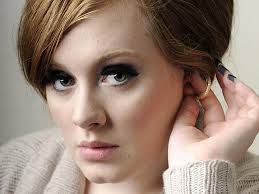 Unfortunately, I misheard her and thought she’d said “I’d love to see a bell!” I thought it a curious request, but if that’s what she wanted I’d endeavour to grant her wish!

I put a lot of thought into which bell would be the most appropriate tourist attraction for Karen. Would she prefer a trip to Big Ben clock tower in London, or visit to the bell tower at the majestic York Minster.Or perhaps to meet with ex-Manchester City footballer Colin Bell?!

It was a time consuming task attempting to find a suitable bell related present. The difficulty of my task exacerbated with the knowledge it had to be something special, with it being my spouses 50th birthday!

After many hours of searching, both online and in stores, I plumped to buy her the movie For Whom The Bell Tolls on DVD. It was on offer at HMV in Leeds; so not only did I get her something bell related, but it was cheap as well! It was a ‘win, win’ for me! …. I ruin that girl I tell you! 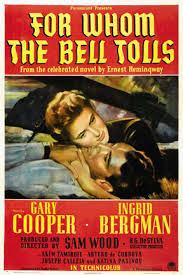 After my purchase, I returned home happy in the knowledge I’d managed to fulfill Karen’s birthday wish! Well, that was, until she excitedly told me the Ticketmaster email news. At that point the penny finally dropped what she’d really requested!

So one day next week I will be online attempting to secure a ticket for an Adele gig, for Karen’s 50th birthday

Before I move on, I just wanted to say I deliberately avoided adding any euphemistic bell related gags in the early narrative! …… I found it difficult but I just about managed it, I think!

Karen has said that seeing an Adele gig live would eclipse any of the many gigs and shows she has had the fortune to see so far in her life. Hearing her say that got me thinking which artist or band I would have liked to see above all others.

Despite an eclectic taste musically, it only took me a matter of seconds to decide that seeing Frank Sinatra at the Sands club in Vegas, in the 1950s/60s would have been top of my bucket list musically.

Despite not even being alive when he was in his prime (me not Frank) Sinatra, for me and millions of others over generations, has been the greatest singer/performer ever.

If Marty McFly and his nutty scientist mate were to lend me their time travelling DeLorean for the day, going back to that era to watch ‘Old Blue Eyes’ live in Vegas would be high on my daily ‘to do’ list.

I think it would come a very close second to stopping off in April 1970 to tell, the then, Leeds United manager Don Revie not to play Gary Sprake in the FA Cup Final against Chelsea! ……….. For those who don’t know, Sprake’s inept goalkeeping robbed Leeds of a Wembley victory that year! 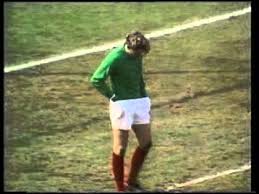 Anyway, back to Francis Albert Sinatra and back to the future. I have seen many great acts, shows and performances over the years. Gigs such as Sting, Paul Simon, Paul Weller, Lionel Ritchie, Coldplay, George Michael, James Taylor, Michael Buble, Jamie Cullum, Michael Jackson, Elton John, Beautiful South, Cats Pyjamas and Caro Emerald to name a few. However, I’d swap the lot if it had been possible to hear Sinatra live in his prime, singing songs from his years at Capitol records.

Obviously, unless time travel does become possible in my lifetime, it’s something that can’t and won’t happen. I have more chance of seeing the Loch Ness Monster or a newsreader with tourettes!

Old Blue Eyes (or monochrome eyes in this pic!) 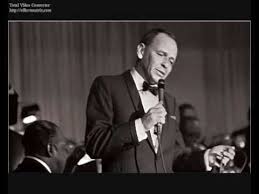 I accept I’ll never see one of my favourite singers. Hopefully, though, during 2016 my diminutive, selfless wife will get the opportunity to attend a live Adele show.

Right, I have a dental appointment so I will conclude the blog at this point ……….. Oh, I nearly forgot, does anyone want to buy a For Whom The Bell Tolls DVD?!