28th November is a notable day for women’s rights. On this day in 1893, New Zealand created history when it became the first nation to allow women to vote. Also on this date in 1919, Lady Astor became the first woman to sit in the House of Commons …….. Although, apparently she required a further weeks training before she’d heel and roll over!

Lady Astor wasn’t the first lady to be elected a Member of Parliament in the UK; that accolade went to Countess Markievicz. 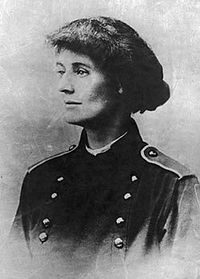 The London born Constance Markievicz was elected as a Irish Sinn Fein MP in December 1918. However, she refused to take up her seat and, along with the other Sinn Fein Teachta Dála (MP’s) set up the first Dail Eirann (Irish Assembly).

Despite being English born, Markievicz was taken into the hearts of the Irish, much in the way Englishman Jack Charlton was when he managed the Irish national football team in the 1980s/90s.

However, unlike Charlton with the football team, she didn’t have to make up the numbers in the Dail Eirann with non-Irish people with Irish relatives, the first name of Sean or knew a good stew recipe! …….. Oh and she’d get a bloody round of drinks in!

Gordon Ramsay – He’s Scottish but a fantastic stew recipe got him selected in one of Jack Charlton’s Ireland squads! 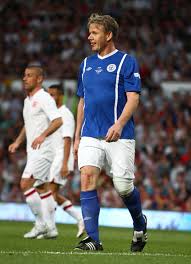 She became interested in Irish politics through her father’s dealings as landowner to the estate at Lissadell House in County Sligo. 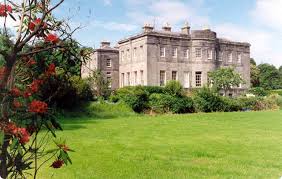 Her father, Sir Henry Gore-Booth enjoyed a good relationship with the tenants on his 32,000 acre (12,950 ha) estate. He was seen as a “progressive landlord” who, during the famine of 1879–80, provided free food for the tenants.

Unlike his daughter Constance, Sir Henry was not involved in public affairs, instead he put his efforts into the development of his estate and the welfare of his tenants.

He was far more popular than his father, Sir Robert Gore-Booth whom, while landowner during the great Irish famine (1845-1852), was accused, by some, of evicting starving tenants; resulting in them emigrating on ‘coffin ships’. He also ostracised himself from his tenants by banning the use of the word obstetrician!

Sir Henry Gore-Booth, who shouldn’t be mistaken for Sir Henry Gore Vidal, made his name as an Artic explorer and adventurer. Anecdotally, he was credited with being the first visitor to the Arctic to utter the words “Bugger me, it’s brass monkeys up here!” 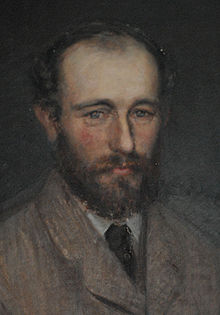 The landowners progressive approach to his tenants and development of the estate were a big influence on his daughter Constance. It resulted in her empathetic stance and awareness of the duty of care the landowner has to his workers and tenants. Additionally, it fuelled her later political ambitions.

Constance was said to be the person who devised writing the letters ‘L’ and ‘R’, to denote left or right, on peasants wellington boots to reduce trip injuries in the work place.

The insightful woman saw it as a key health and safety requirement, which had the double advantage of reducing the risk of an ambulance chaser claim and subsequent litigation.

Talking of wellingtons (I’m sure I mentioned them above somewhere) takes me back to today being the 122nd anniversary of New Zealand allowing women to vote. Its parliament building resides in Wellington (see what I did there?) and is where the historic decision was made.

Its not clear what brought about the change of heart to allow female voting. However, it was made not long after a particularly fearsome haka by the suffragettes outside of the NZ parliament in October 1893!

South Pacific women carrying out a haka. Did this intimidating war dance influence parliament to give New Zealand women the vote in 1893? 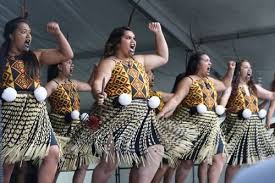 It took a few more years before their allegedly more chauvinistic Antipodean cousins, the Aussies, followed suit. Women’s voting rights in Australia were rolled out over a few years state by state.

The UK’s first elected female MP was Countess Markievicz. I’m not sure who was the first lady MP in Australia, but I’d love to think it was Dame Edna Everidge!