This is a fictional narrative where the only thing that is true is that it is Thanksgiving Day in America. Piers Morgan is a mere figment of mine and 4 million Twitter followers imagination! Kevin Pietersen is one of the finest batsmen ever to play for England. I don’t know much about Celia Walden, but she is always great on ITV’s Lorraine show!

Actually, coming to think of it, my comments about Kevin Pietersen and Celia Walden above are true as well!

It’s Thanksgiving Day today in the United States of America. Around the world Americans will be celebrating and giving thanks that the CNN show Piers Morgan Live was cancelled last year and he returned back to Britain.

Morgan counters any claims of his unpopularity by gloating, to anyone who’ll listen, he has more Twitter followers than you (over 4 million). What he fails to mention is that if there was an ‘I think you’re a twat’ button on Twitter, it would likely register over double that figure!

The Sussex born presenter is a Roman Catholic, although he won’t disclose whether he has been confirmed, or if he is still only provisionally booked!

In 2013, he made history when he became the first graduate of Harlow College to have his ego viewable from space. He celebrated with a glass of champagne, bathing in George Graham cologne and ordering his wife to cook dinner as he had more Twitter followers than her!

His fame and popularity (4 million followers can’t be wrong) ensure he lives an affluent lifestyle, which includes homes in the Hampton’s in New York and a London abode. However, he can mostly be found residing in cricketer Kevin Pietersen’s arse.

He moved there after being evicted from Arsene Wenger’s around 2008, after arguments surrounding Arsenal football club’s player purchases and whose turn it was at the board game ‘Kerplunk’!

Piers Morgan met his wife, former Telegraph journalist, Celia Walden at night school, where she studied Divinity. Morgan was there in the capacity of a revered deity!

He swept her off her feet with his smooth chat up lines, acerbic wit and the fact he had fucking loads of Twitter followers! They found they had a lot in common, such as intellect and that they both loved Piers Morgan!

According to Google images this is a smug bloke! 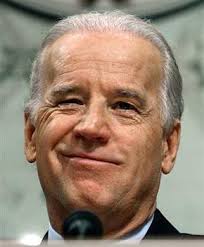 Many years ago an old woman soothsayer told me “Never upset anyone with over 4 million Twitter followers.” It was 1986 so I responded “What the hell is Twitter?! …… Oh and you can put your teeth back in now!”

For all I have taken a, tongue in cheek, pop at Piers Morgan and genuinely want not to like him for his smugness, I’m actually warming to the guy!

As time goes on I’m coming to the conclusion that he is just taking the Michael with his smugness and he plays on the unpopularity! ……. No one can be that smug and self-satisfied, surely!

I’m not sure why I put the word Michael instead of piss in the paragraph above. After all, I thought nothing of using the f-word above!!

If it turns out you are that smug Piers, my warming admiration will dwindle and I’d have to say you are indeed a twat!!

PS. Can I borrow your Sinatra Greatest Hits cd?! … Oh and can you lend me a tenner until payday?! 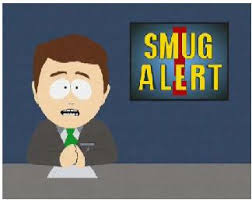