Yesterday I wrote of a memory from my schooldays, from which I received some very encouraging feedback. In fact one friend went as far as saying “I’ve just read your blog, Gary. Any chance I can borrow a tin of soup?” With this positive critique in mind, I thought I’d try recollect further memories from around that time.

As my school education headed towards its conclusion In the late 1970’s, time seemed to drag like a sloth getting a piggy back from a snail!

In hindsight, I wasn’t mature enough or ready to go out into the big wide world of employment. However, that was my aim despite not having a clue what I wanted as a career.

When I was 15, I wanted a job where I worked 10 hours a week, could claim ridiculously high expenses, receive fringe benefits, along with being able to interrupt follow workers with child like cheering and booing, whilst they attempted to convey potentially crucial information. Unfortunately, I was too young to be a politician so an interview was arranged with a careers advisor. ……….. More of which later!

I’m rubbish at remembering some of my fellow pupils names from senior school. However, I do recall one lad who attempted to get everyone at school to call him by the nickname Smithy. Bearing in mind he was called Carl Jones it was a bizarre request, which the kids suitably ignored! Instead, they decided to call him Jonesy just to cheese him off!

He eventually gave up pushing that moniker, after a failed attempt to swap nicknames with Steve ‘Smithy’ Smith! ……… Steve couldn’t be persuaded to switch, even when Carl offered to throw  a live frog and 5 football stickers into the deal! 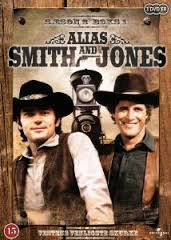 Smithy or Jonesy, or whatever the hell Carl Jones was called, was an eccentric kid who made up for what he lacked in intelligence by exuberance. He could be really hyper at times, which led to him behaving badly and the inexplicable wearing of The A Team oven gloves in winter!

As well as being the first kid to wear gloves with Mr T emblazoned on them, he was the first kid in school to be diagnosed with OCD (Obsessive Compulsive Disorder) and ADHD (Attention Deficit Hyperactivity Disorder) simultaneously.

However, I’m sceptical about the validity of the diagnosis as it was made by Bert the school caretaker! I’m not aware that Bert had any medical or child psychology training, so I did’t hold must store by his theory!

Saying that, though, I’d say the caretaker was nearer the mark than Carl with his diagnosis. Jonesy (or Smithy…. I’m chuffing confusing myself now!) mistakenly claimed that he suffered from OHP (Overhead Projector) and ADP (Andorran Peseta).

At the age of 15, prior to meeting the careers advisor we were told to attend with an up to date curriculum vitae. Carl updated his with hobbies of ‘creosote and bourbon’. He was told to immediately remove the entry by our form tutor Mr Bagg, along with the word Smithy he’d added in the ‘Nicknames’ section!

No one knew if creosote and bourbon were two separate hobbies, or some kind of weird alcoholic drink that could protect your fence! ………. To be honest no one really cared either!

Creosote and bourbon – A potent mix! 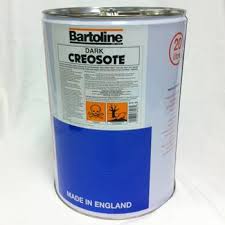 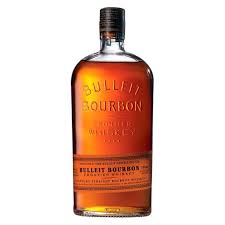 When the careers advisor arrived a week later to interview the pupils about our occupational aspirations, he reserved one of the least used rooms in the school. Much to everyone’s surprise, he commandeered  the Torture Room as it was hardly utilised at the time.

It’s use was very rare following an edict from Gateshead council, in 1977, that schools in the borough could no longer perform punishments that included use of the rack, being chained to the wall or restrained in stocks!

I’d never been in the Torture Room prior to my careers interview and I have to say I was relieved. Chatting about your potential career path is distracting when you have a rack and guillotine in your eye line! …….. I don’t believe the guillotine was every used, it was more of a deterrent apparently.

Not that I was in the room for any time regardless. I recall being introduced to the advisor during a masonic type ceremony involving aprons, weird handshakes and the reading of the melancholic lyrics of Terry Jacks’ song ‘Seasons in the Sun’!  He was a rotund, balding man with eyes that seemed to rotate underneath his black spectacles (the advisor not Terry Jacks).

Black spectacles not dissimilar to the careers advisor’s 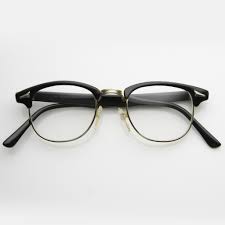 If I hadn’t been so engrossed with the rack and the guillotine, I’d have been equally distracted by the fact his eyes seemed to rotate in an anti clockwise direction when he finished a sentence.

Saying that, it wasn’t as though the dialogue flowed during the meeting with the advisor, who I will call Dolores Moorhouse as I can’t remember his real name. My inspirational careers meeting went as follows:-

Dolores – “Hello Gary. How can I help you?” (eyes spun anti-clockwise)

Dolores – “Well, why you asking me lad? I’m a butcher!” (eyes spun anti-clockwise)

Dolores – “No, I’m kidding lad! …… Tell me son, are you interested in manual labour work? You know, things like building, becoming an electrician or a plumber?” (eyes spun anti-clockwise)

Dolores – “Ok then, I’d recommend you try get a job in an office, lad!” (eyes spun anti-clockwise)

He then smiled and, after a period of silence, I thanked him before leaving the Torture Room. Walking back towards my classroom I was relieved that my career path uncertainties, experienced prior to my interview, had been allayed by the thorough choices given to me by Dolores!

Carl Jones was the next pupil to be interviewed by Dolores Moorhouse. His interview seemed to last longer than mine, as he was away from the classroom about fifteen minutes. When he eventually returned his body language indicated things hadn’t gone well. He looked really fed up and for some strange reason considerably taller!

The more I thought about it,  I surmised him being 6 inches taller on his return was more likely down to him being subjected to time on the rack, than a 15 minute teenage growth spurt. 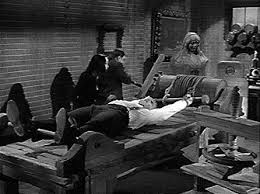 It wasn’t all bad for ‘Smithy’, though, as his time on the rack, ironically during a careers interview, resulted in him getting a job as a professional basketball player!