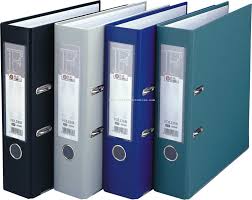 I started my Christmas shopping yesterday. As you’d expect on the run up to the festive season, there were hundreds of people packed into the various retail outlets. Like me they feverishly sought a bargain and a shop that gave away free bottles of wine!

I’m not sure what the collective noun for a congregated group of shoppers is, so I’ll just say there was a shed load of people milling about at the Crown Point retail park.

I did unearth a couple of bargains but, alas, didn’t happen upon any free wine. My task wasn’t helped by the recent closure of the West Yorkshire Free Wine store, following them being put into administration with huge debts after one day!

I’ve just asked a family member (who shall remain nameless) if they knew the collective noun for a large group of shoppers. They responded “Is it a thong?” ………… I think they meant throng!

I know a few collective nouns for a gathering of mammals, birds and fish, such as a group of lions is called a pride. However, as I didn’t see any lions at Crown Point retail park yesterday I can’t really use that in my blog! .. ………Apparently, the lions no longer hunt there following the departure of the antelopes last June!

Among the other collective nouns I’m aware of are ‘A Jeremy Kyle of gypsies’, ‘A Richard Madeley of insincere tv presenters’ and ‘A Piers Morgan of smug, self-satisfied bastards’!

Anyway, I got Karen a couple of presents yesterday, so I’m pleased to have made some progress gift purchase wise. She was also happy to get a couple of festive gifts, particularly, the anti-man missiles from Boots for her mum!

The crowds of yesterday will no doubt pale into insignificance compared to what they will be like today. There will be many contributing factors, such as it’s a Saturday, the inclement weather, Christmas isn’t too far off and the Leeds Free Wine store opens today! ……….. Some people never learn! 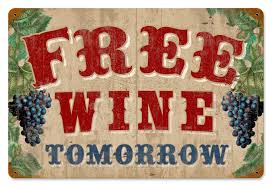 My daughter Rachel has just asked me to run her and her grandma to the White Rose Shopping Centre this afternoon. So it looks like I might not have escaped with a quiet time watching rugby that I’d hoped for.

I don’t know what the collective noun is for a group of peed off people, but it would apply to my multiple personalities at the moment! ………. Apart from my shopping personality!

One of the shops I spent the most time in at Crown Point yesterday was Staples. Over the last month or so I’ve been printing off most of the stuff I’ve written, so I can quantify the volume and have a hard copy of my work.

This is costing a pretty penny in paper, printer ink, A4 loose leaf files, dividers and transparent envelopes. As such, I spent a good while yesterday in Staples pricing their vast stock of those items.

It has to be said, it’s not a particularly interesting or healthy pursuit, unless I start jogging around the sellotape, post stick and folder aisles. Although, chances are I’d be throw out, or the cctv footage of it would soon be on the net and I’d be known as the ‘nutty stationery store runner’. Meaning ostracisation from my club and the handing back of my Masonic cap! 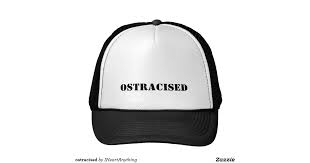 Right, there is only so much you can write about collective nouns, shopping for stationery and being ostracised, I’m off to get ready for my White Rose Centre trip! ….. Deep joy!