John Maxwell Edmonds will not be too familiar a name to most people. However, some of the English classicist’s compositions will be instantly recognisable to millions around the world. In particular around this time of year, when we remember our fallen in worldwide services of Remembrance.

The Stroud born poet is celebrated for his moving and thought provoking epitaphs. Amongst his more famous work he is attributed with the widely known epitaph in the War Cemetery in Kohima, which commemorates the fallen of the Battle of Kohima, India in April 1944.

When you go home, tell them of us and say

For their tomorrow, we gave our today.

Edmonds was also responsible for the composition of ‘Four Epitaphs’ in The Times newspaper in the final year of WWI (1918). They were penned for graves in memorial of those who had fallen in battle. The second of those was a poem titled ‘Went the Day Well?’

Went the day well?
We died and never knew.
But, well or ill,
Freedom, we died for you.

Of course, Edmonds wasn’t the only poet producing poignant, thought provoking and melancholic prose. Rupert Brooke was an established and respected poet at the outbreak of the First World War, whose work as a war poet was also lauded. In particular his collection of War Sonnets. Perhaps his best remembered from that series of prose was ‘The Soldier’:-

If I should die, think only this of me:

That there’s some corner of a foreign field
That is for ever England. There shall be
In that rich earth a richer dust concealed;
A dust whom England bore, shaped, made aware,
Gave, once, her flowers to love, her ways to roam,
A body of England’s, breathing English air,
Washed by the rivers, blest by suns of home. 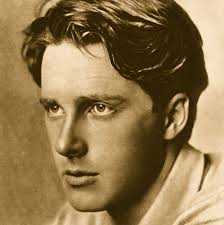 As I write this, I’m also watching the service of Remembrance from The Cenotaph in London on the TV. I always feel humble watching the laying of wreaths and the veterans march past. These are men and women who, in most cases, endured terrible experiences for our freedom.

Their sacrifice means this bitter middle aged man can peddle his narratives on a daily basis, in a vain bid for recognition as a writer! Today I’ve chosen to write sensibly as I felt it inappropriate to pen a light hearted blog on a day of remembrance!

To close my rare serious blog, I wanted to clarify that my views aren’t anti-war. In my opinion, you have to have the capability to protect yourself , if and when required to do so, or be involved in conflicts when appropriate.

However, I am anti-poor warfare strategy. For example the slaughter caused by the ‘going over the top to give Germans target practise’  approach adopted in WWI by the Allies. I realise that displacing Germans from their defensive positions, with the armaments available at the time, would have been incredibly difficult.

That being said though, the way troops were served up as cannon fodder for the Germans in numerous battles in France and Belgium to me showed a complete disregard for human life!

As Edmund Blackadder, poignantly pointed out in the TV comedy Blackadder Goes Forth, trench warfare and ‘going over the top’ was Field Marshal Haig’s strategy for “moving his drinks cabinet six inches closer to Berlin”.

The look of resignation of certain death prior to Blackadder and his unit ‘going over the top’. A look no doubt seen on the faces of millions of men between 1914-1918