Skip to content
By Gary StrachanMay 26, 2018Blogs family fiction humour parody sportLeave a Comment on Who Locked Grandad In The Loo?

On this day in mid-1960’s Kirskstall, Leeds my younger brother Ian made his appearance into the world. Born at home, our kid arrived shortly after the conclusion of the second Cassius Clay vs Sonny Liston fight.

With Clay (latterly Muhammed Ali) winning by first round KO, Ian didn’t turn up on time to witness Liston being struck to the canvas by the Louisville Lip. Although I suspect, as a new-born child wrapped in swaddling clothes, my brother won’t have been overly put out he’d missed the fleeting pugilistic encounter for the World Heavyweight Championship.

Although growing into a toddler with a shock of white hair and looks to manipulate even the coldest of souls, he was an ugly baby. His flattened visage leading to comments from the midwife it looked like Ian who’d stepped into the ring with Clay, not Liston.

With my dad being a big Leeds United fan, family folklore records that the new-born infant was named Ian after 1960’s Leeds enforcer Bobby Collins.

Being a then toddler, I recall little of the day my brother was born. I suspect I’d have been sat on the family sofa holding my favourite stick with string attached, rueing the fact I was born in a decade of rubbish kids toys.

Anecdotally I’m informed our kid was a bouncing 6lb 8oz babe……. Bouncing an apt way to describe the babe – His legendary clumsiness soon evident when shortly after arriving he knocked over a cup of tea, along with breaking two dressing table ornaments.

It wasn’t long before the family arrived bearing gifts of a cold, frankincense and myrrh. Not your standard gifts for a newly born 1960’s ‘baby boomer’, although my dad later found the frankincense handy for clearing his nose when succumbing to the cold.

This week I ask my mum of her recollection of the fateful day her second offspring joined this world. After a brief pause, she responded:-

“I was upset that Ian inadvertently broke ornaments of sentimental value – Not to mention hacked off that I could never get rid of that bl**dy tea stain.”

“No I mean happy memories of our Ian’s arrival, mum.” I attempted to clarify.

“Well, the fact he didn’t break the other two ornaments on our dressing table made me fairly chipper….. Is that what you meant?” she mused whimsically.

“No, not really. I’m referring to genuinely joyous recollections from one of the biggest days of your life.” I further attempted to clarify.

“Ian not breaking the other two ornaments was a joyous recollection….. One of them was an antique toby jug made around the times Alfred burnt the cakes.” she argued.

“Don’t be daft, mum!……… Toby jugs weren’t manufactured as far back as 9AD.” I countered patronisingly.

“I don’t mean King Alfred, you fool…… I’m talking about your dad’s absent-minded uncle Alfred from Normanton……. He bought it in an antique shop in the 1930’s. Apparently, it was worth a fortune “ she advised.

“Do we still have that toby jug, mum?” I enquired with pound signs in my eyes.

“No. Our Ian broke it playing football in the house about five years later.” mater’s crushing response. 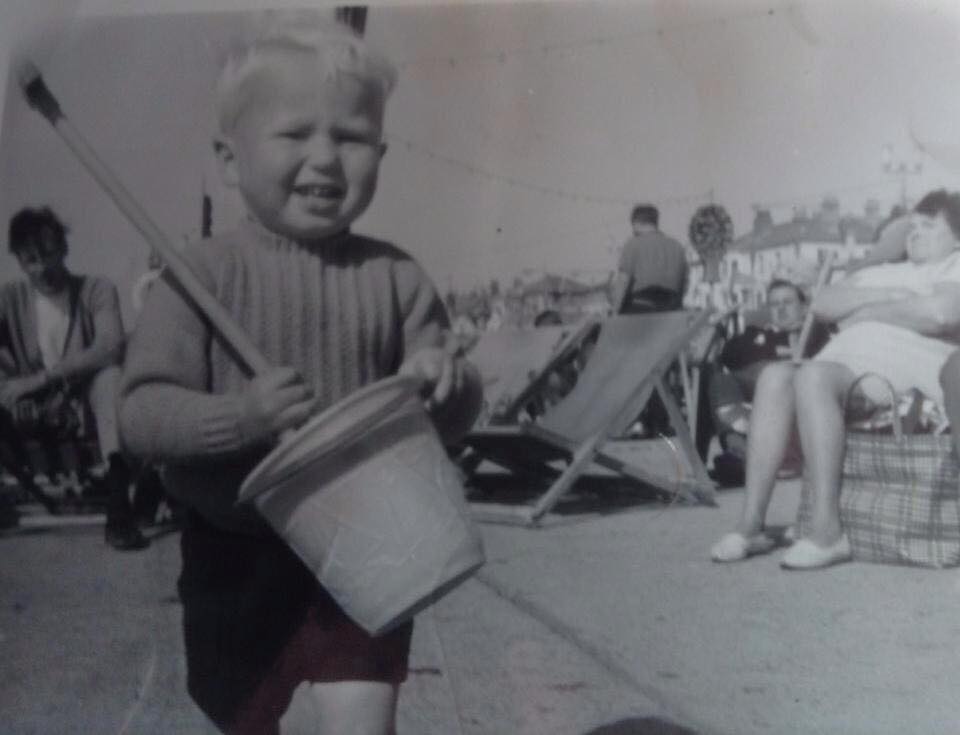 Anyhow, back to my brother’s birthday……….

Seriously, though, our existential odysseys have included thousands of hours playing and watching football/cricket together, attending gigs, breaks away, socialising, along with arguing over whose turn it was to commentate and make crowd noises at Subbuteo. All of them fond memories manifesting from times with my best mate.

Happy Birthday bro…… May your birthday be full of the good things that befit a man of your selflessness, warmth and generosity of spirit.