One of the first televised football matches I recollect from childhood occurred on Saturday 11th April 1970 – The showpiece FA Cup Final between Chelsea and Leeds United.

Unlike it’s contemporary version, an era when claiming the premier cup competition in England was more aspirational to the games big-hitters.

From memory it was a game dominated by Leeds United, with fleet of foot winger Eddie Gray running the show. Sadly, though, for me and other Leeds fans a major goalkeeping error contributed to only drawing the match 2-2. Leading to an ill-tempered replay Leeds lost 18 days later at Old Trafford, Manchester.

Played on a Wembley surface covered with sand to try mask the turf damage inflicted during the recent Horse of The Year Show, one of my biggest memories of that day was a dreadful mistake by Leeds keeper Gary Sprake. A rick allowing Peter Houseman’s under-hit first half shot to slip under his body for Chelsea’s first equaliser. 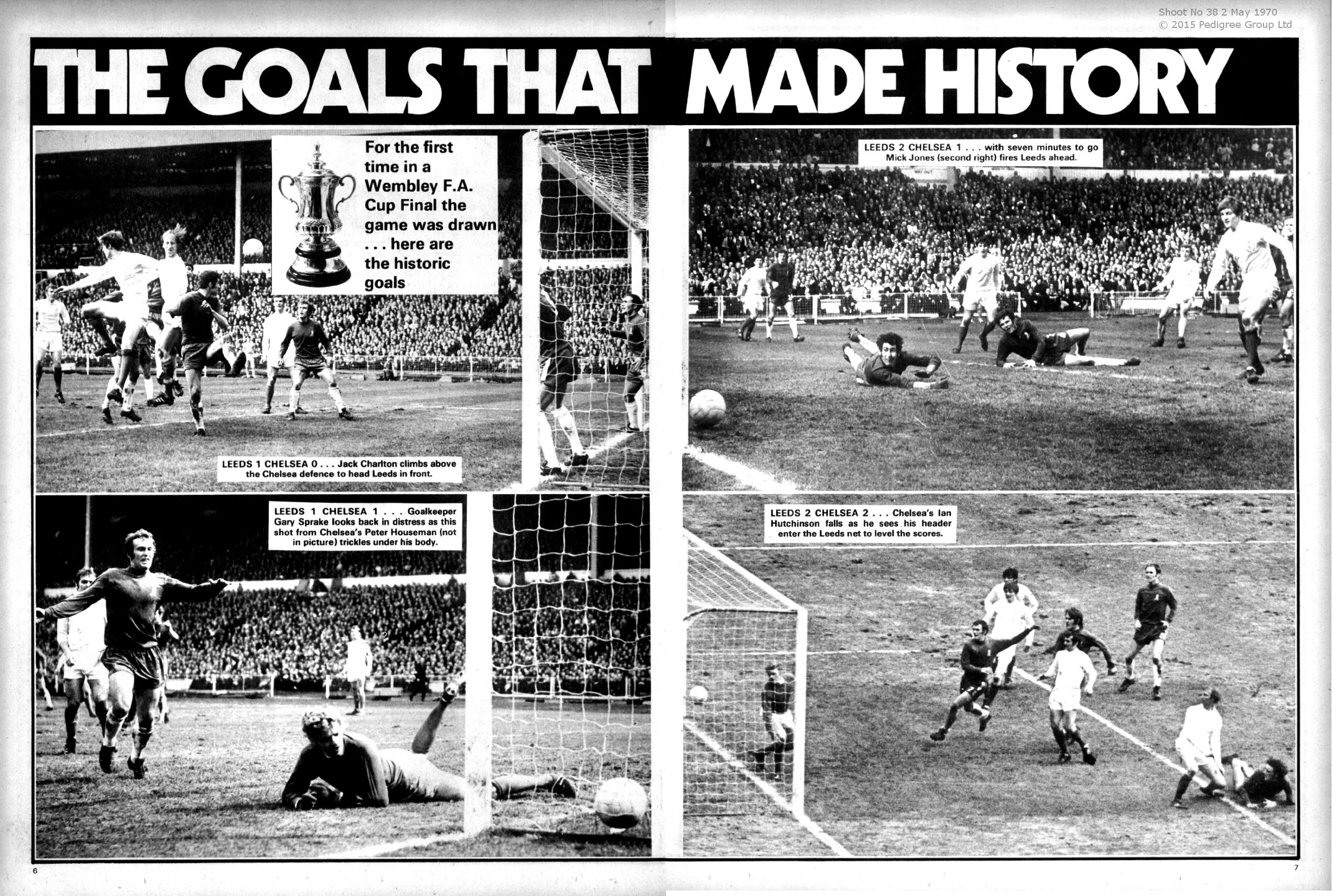 I only caught the last ten minutes or so of last night’s Champions League Final in Kiev – It’s protagonists Spanish giants Real Madrid vs England’s mighty Liverpool. However, Sprake’s error made an unwelcome visit to my neurological corridors during the brief time I viewed last night’s game…….. More of which later.

Newly acquired indifference to watching football on TV negating any real interest in witnessing the climax of Europe’s most prestigious club tournament. Rightly or wrongly, I now opine top level club football as a cash strewn den of iniquity – Subsequently the game I loved for decades now sits third in the table of sports I embrace – Rugby league and cricket usurping footy as the sporting suitors I’d rather engage with.

Consequently, for the first seventy minutes of the encounter I sat in my back garden enjoying the warmth of an east Leeds late spring evening. Tbe appeal of listening to the velvet refrains of Gregory Porter in my kaleidoscopic sanctuary holding far more appeal than watching Ronaldo, Salah, Ramos, Milner et al partake in a gladiatorial scrap for club footballs most sought piece of silverware.

While listening to the US jazz artist enhance the already serene environment, my mum and wife chose to follow the match on the TV indoors.

With around twenty minutes of the final left, I was beckoned by an excitable harridan-like exclamation from the living room. My mum feeling moved to yell “Gary, come and see this goal Gareth Bale for Real Madrid has just scored!….. It was brilliant!”

Disinterested, I shouted back through the external kitchen door “No…. You come and listen to this Gregory Porter song….. This is what you class as brilliant!”

A retort leading to mater proclaiming “No way! Soccer is my life, not jazz – I just live for the tactical nuances of association football. Skilled coaching staff attempting to add proactivity into a reactive environment. Wizards of unparalleled spherical command, whose skills, sacrifice and self-discipline bring us grace, poise, goals and a bloody big cable TV bill.”

On a roll, she then added:-

“A game of majesty, beauty, transitional game segments, erudite player interviews and life enhancing statistics like what Stoke City’s Peter Crouch eats for breakfast. Not to mention fascinating bulletins proffering items such as Cork Town’s Dermot Crossfield being sold to raise funds for a new lawnmower.”

Not finished. mater continued to wax lyrical about the game I used to love,

“There’s nothing quite as cathartic as shouting ‘Come on ref, you slack get’ at the top of your voice. Or taunting away fans with a chant of ‘You’re going home in a chuffing ambulance!’. Or even a good natured serenade of ‘Walking in a Paul Heckingbottom Wonderland‘!”

On completion of this passionate rant, I walked into the living room where the Real Madrid vs Liverpool game was in full flow on TV. Although ordinarily preferring English teams to prevail in European finals, I wasn’t overly bothered that Welshman Bale had just made the score 2-1 in the Spaniards.

“I didn’t realise you were such a big fan of football, mum.” I expressed with surprise.

“I’m not……. Football’s a right load of crap!…….. I just don’t want to listen to the Gregory Porter playlist you were listening to.” she retorted mischievously.

“Well, why the hell didn’t you just say you didn’t want to listen to the jazz singer’s refrain, instead of that longwinded lie about your love for footy?!” I queried.

“I wanted to make my response positive and convincing.” she replied with mischief in her eyes.

I shook my head and wandered outside to listen to the next Porter lament on my Apple Music playlist.

Around ten minutes later, another fish-wife yell emanated from the living room, “Gary, Real Madrid have scored again….. Come and see it, the Liverpool keeper’s made a right balls up!”

I wandered into the living room to see confirmation of the 3-1 Madrid lead. I’m not sure what it says about me when I wanted to see a terrible goalkeeping error, but declined the earlier opportunity to witness a replay of Bale’s stunning goal.

Witnessing the blond haired Liverpool goalie’s error, I was transported back to my parent’s front room 48 years ago. To the feeling of utter despair when a different blonde keeper broke this young boy’s heart after his contribution to Chelsea’s first goal.