I ventured westbound over the Pennine Hills this morning – Destination Cheshire. The county of crumbly cheese, affluent exiled Lancastrians, along with the residence my sister Helen, her husband Steve and daughters call home. Their hometown sitting on the cusp of the Peak District National Park, perches polar south of the Pennines.

The Peak District every bit as scenic as northern neighbour the Pennine Hills, just on a smaller scale. Both landscapes bequeathed courtesy of slow moving ice shifting the rock from the Scottish Highlands during the Ice Age.

On reaching Derbyshire, with the ice thawing, the front of the Ice Age blanket disappeared and its rocks put down their roots. The gritstone and limestone lived together in harmony until Chatsworth House was built. Peace and quiet shattered by bawdy tourists, along with the game shooting gentry. Not forgetting the returning ice courtesy of Mr Whippy.

For a period of time the rocks pondered returning to Scotland, escaping their new neighbours, but didn’t fancy the thousands of years journey back north to Caledonia. They were also on a shorter waiting list for cable TV in England, swinging their decision to remain Sassenachs.

In truth the gritstone and limestone were mightily relieved the Ice Age had ended before the glacier had reached the West Midlands of Britannia. A vastness of indolent villagers who inexplicably utilised the word “Bostin!” instead of great……. A misguided colloquialism, which if embraced by the rest of the country would’ve resulted in our nation being know as Bostin Britain. 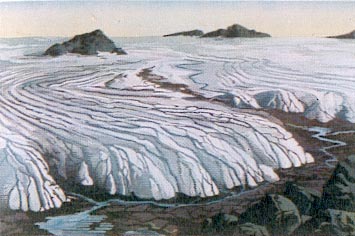 Anyway, the West Midlands loss was Derbyshire, Cheshire and Staffordshire’s gain. The thawing ice sheet’s legacy a bestowal of a smaller, but equally scenic geology to their larger Pennine neighbours.

Part of this geological splendour can be viewed from my sister’s home……. Or, at least, it is if you’re nine feet tall and can see through four-storey buildings!

I’d ventured over to our Helen’s to bring my mum back home to West Yorkshire – Returning after a two week stay with my youngest sibling. My brother-in-law Steve was in fine spirits when I got to the Macclesfield home he shares with my sister. I took this to be the consequence of his much loved football team Manchester City being Premier League champions-elect. Although, it may have just been because my mum was going home!!

As a father of four girls, his home life companionship is predominantly provided by the fairer sex. Subsequently, the departure of Helen’s and my mater may have been a relief. Especially as her presence meant enduring two weeks worth of Corrie, EastEnders and Emmerdale TV broadcasts……. Incidentally, I’m only kidding, Steve always rolls out the red carpet for his mother-in-law – Generally over a 20ft hole in the path he’s just dug!

The latest addition to our family, my 4-month old niece Alice was the star of today’s show. Blue of eye with a paucity of fair hair, if the little one sported a beard she’d have had a look of my brother Ian.

As there is little chance of a baby growing a full beard, I jokingly asked my sis if I could draw one on Alice’s face to prove my theory – Unsurprisingly, the request was turned down flat…… Consequently, you’ll just have to take my word for it.