21st March 2018 is World Poetry Day. A perennial event introduced in 1999 by the United Nations Educational, Scientific and Cultural Organisation (UNESCO) aimed at raising the profile of prose. It’s goal the pulchritude of a poem, the splendour of a sumptuous sonnet, the opulence of the ode and, for the less discerning, the lewdness of a limerick. UNESCO’s cusp of the millennium strategy an attempt to instil a worldwide appreciation of this much-maligned form of literature.

It is mooted by some the structure of poems, along with it’s less orthodox use of language leaves it easier for the reader to misinterpret the proses meaning. Subsequently, alienating readers, along with leaving the poet open to critiques like “What the chuff does that mean?”, “It hate pretentious bollocks like that!” and “Where did you get that necktie? It’s bloody awful!”

Last summer I wrote a book of poems, which I found a surprisingly fulfilling experience. In particular, the way the writing format allowed me carte blanche to utilise a style far more cryptic than that of my blogging. I liked the fact my completed piecework required the reader to use greater effort in unravelling the prose’s message. 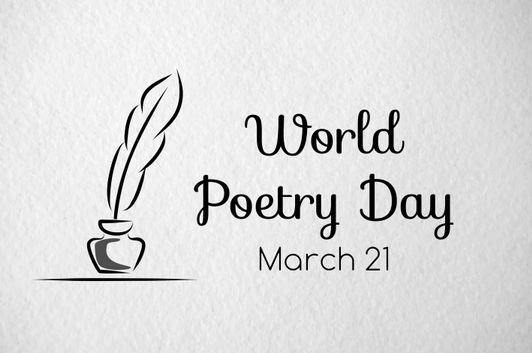 The Poet Laureat of Bardsey, Peter Tapworth, advocates that he enhance a poem’s integrity by crafting the sonnet in a manner to leave the audience with a minutiae of self-doubt as to it’s meaning. Impishly moulding the words so they allow possible misinterpretation by the reader.

A ruse sowing a seed of uncertainty – Mischievously planted to draw conflicting critiques from those he deems the pretentious. Unearthing the intellectual frauds in the unforgiving cauldron of literary critics.

His judgemental enemies, though, claim Tapworth’s rantings are a consequence of bitterness manifesting from his last soliloquy’s poor reception, which drew unwanted critical responses of:-

“It (the poem) doesn’t even rhyme!!” – Poetry Rhyming Weekly

“Although, I thought frolics was an inspirational rhyme for bollocks!” – Poetry Rhyming Weekly (again)

“Unspeakably crethandrious!!” – Made Up Words Monthly

“Crethandrious might not exist, but it nearly rhymes with scandalous!” – Poetry Rhyming Weekly (again)

“The Judicial Poetry Society are wrong. I thought Rinder was right when opining the sonnet to be barren of substance and integrity!” – Judge Judy

“I thought it crethandrious!” – Ken Barlow

Anyway, those sort of negative responses are said to be the catalyst of Tapworth’s feud with literary critics. A sensitive man he isn’t open to constructive criticism. Although, in his defence, I suppose Judge Rinder’s summing up of “Tapworth’s latest poem is a right load of s***e!” can’t really be deemed as constructive.