Sometimes day to day events result in my daily narrative more or less writing itself. Existential circumstances that require no fictional enhancement; scenes I can publish more or less verbatim. Yesterday evening, I inadvertently became involved in a minimal drama which was a perfect example of the situations I’m alluding to above.

This minor soap opera occurred when I was on my way into Leeds city centre to meet my twentysomething son Jonny. An odyssey a consequence of him securing me a place to attend a real ale and cheese tasting class. A Christmas present from my son, which he managed to use to his advantage of as purchased the gift was for two people…… Later in the year he’s also tagging along to cricket and football matches where I’ve been bought two tickets – The cheeky get!

Some may deem his actions as mercenary and/or a tad manipulative. In his defence, though, he doesn’t attempt to wangle his way onto all the gift theme days I’m bought. For instance, to allow someone else a turn at a freebie event, he recently turned down the opportunity to come along with me on next weeks Russian Roulette experience day.

Anyway, I digress – Back to the topic of the narrative. 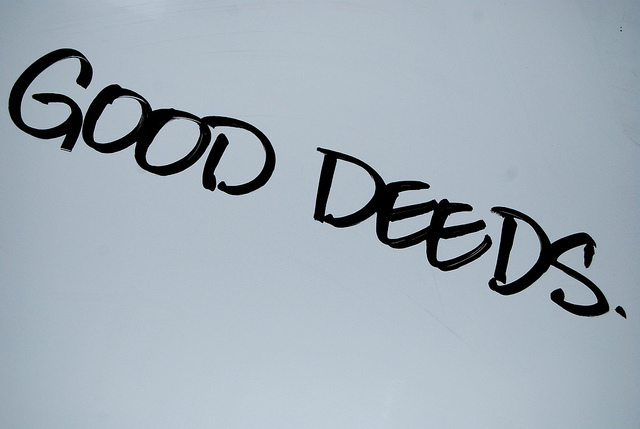 While waiting at the bus stop outside Colton Retail Park for transportation bus into Leeds city centre to meet Jonny, in the reflection of the glass bus shelter a guy in a high visibility jacket caught my eye. It wasn’t just the brightness of his attire that attracted my attention, I thought it odd he was walking on the top of a very steep grass verge, as opposed to the flat and less slippery adjacent path, which also led to the stop.

To my complete lack of surprise, next thing I witnessed was him slip and hurtle down the grass verge. He eventually came to a halt when the fall was broken by bushes shortly before he jettisoned onto a car’s roof in the retail park’s parking lot.

Being a humane sort of chap, I hurried out of the bus shelter, made my way down the green verge to check the stunned looking guy wasn’t injured; to which he responded he was shaken but not stirred.

As he wasn’t in need of medical assistance, I helped him walk gingerly back up the grass hill. At the bus stop at the top of the verge, I again checked he was ok and in possession of all his bags, if not his facilities, before jumping on the newly arrived Number 163 bus.

Sitting at the back of the bus, I adjusted my halo and looked out of the window at the Leeds bound traffic.

Out of the corner of my eye, I then became aware of someone in a hi-vis coat parking their butt next to me. Turning to my left, the bloke who’d fallen down the grass verge was perched next to me. Still looking stunned, he gave a half hearted smile before muttering “Alright there?”

Hi-vis guy then turned to his left to inform an elderly woman passenger he’d just tumbled unceremoniously down a grass hill; adding the gentleman to his right (me) had helped him back up the verge.

The woman lent forward slightly to make eye contact with yours truly, leading to a mutual exchange of disingenuous smiles……. At that point she was probably thinking to herself “Bloody hell, Superman’s let himself go a bit!”

The guy then returned his gaze to me, proceeding to engage me in conversation. He wasn’t the sharpest tool in the box, but it was clear this mud covered guy was harmless…… Unless of course you were one of the bushes breaking his fall at the foot of the grass verge!

A few minutes into the bus journey as we proceeded through Crossgates, my new buddy rummaged around in one of his bags. Shortly after thrusting a biscuit multipack in my face and kindly offering me a Waggon Wheel.

I absolutely hate Waggon Wheels, a dislike enhanced a couple of decades ago when my mum (Maggie) went through a stage of repeatedly buying them for me. This despite her eldest offspring’s repeated protestations of his distain for the biscuit.

At that time, I believe she got the chocolate, biscuit and marshmallow cookies cheap from work. Surprisingly, as she’s ordinarily a bright woman, my protests fell on deaf ears and she prevailed with her strategy of going with a cheap option no-one ate, as opposed to spending a bit more on something that her brood would consume.

Anyway, I politely refused the hi-vis guy’s offer of sustenance, which he took without apparent offence, prior to him turning left and getting the same response from the old woman.

He was a lovely guy, but I couldn’t help but relay the tale as comedic a little later when I met up with my son in town. Jonny laughed at my involvement in the incident, although he had a valid point when he joked “It’s a good job he wore a hi-vis jacket, dad. If he’d had been in a camouflage coat you’d have never found him in to bushes at the bottom of the grass verge!”

What have I learned from this incident?

Well going forward, before I help anyone in need of my assistance I’m going to carry out the cookie biopsy. If there in possession of crap biscuits, I’m gonna chuffing leave them there!