I’ve just been watching a BBC TV broadcast of the Winter Olympics from South Korea. Amongst the smorgasbord of snow and ice based sports, Auntie Beeb treat their discerning viewers to highlights of the Men’s curling and slalom skiing events.

I nearly penned the latter event as downhill slalom skiing, but on reflection left out the first word, deeming it pretty chuffing obvious they’d be travelling downhill! After all, I’m pretty sure there isn’t an uphill skiing, or indeed flat slalom skiing, event. If there was I’d envisage it’s competitors wouldn’t get quite the same adrenalin rush as the downhill compatriots.

Despite never attempting it, I imagine skiing up a snow-covered mountain not only lacks the thrills a winter sportsman yearns, it would also require superhuman leg and arm strength. You’d have to admire the stoicism and physical endurance of an uphill skier, but would you really want to witness him/her plying their eccentric trade? I’d wager it’d be a pretty tepid watch for the TV viewers at home.

Saying that, I could be wide of the mark with my assumption uphill skiing wouldn’t be TV viewer friendly. I mean, would it be any less pedestrian than say curling? A curious sport where what looks like a deep frozen turkey is launched along the ice toward a Royal Air Force like target drawn on the ground.

While the frozen turkey slides target-wards, two men/ladies frantically sweep the ice in it’s path to either speed up or slow the bird down. The winner of that ‘end’ is the one nearest the target centre. I’m unsure if the winning team get to feast on the turkey after the event, but to me it seems only fair.

Personally, with more physical endurance required for the sweeping element of the match, I’d give the points to the team who’d the least bristles on their brushes at the conclusion of each ‘end’. 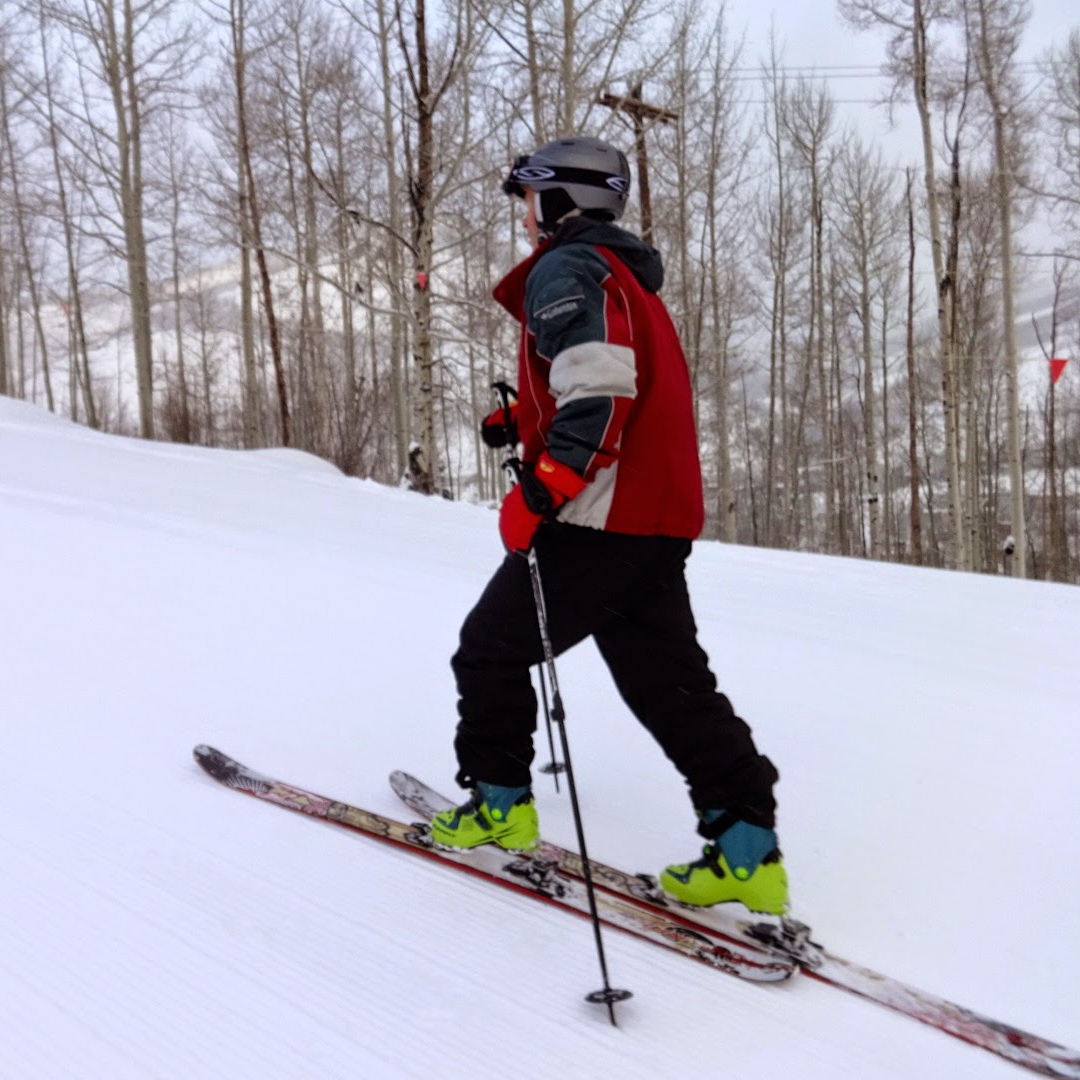 Talking of the Winter Olympics, my daughter Rachel is currently residing in Alberta, Canada, and recently took the opportunity to hurtle down the bobsleigh run at the Calgary Winter Olympic park. With an experienced driver and brakeman on-board, Rachel and her boyfriend made up the ‘team’ in a four-man bobsleigh.

An adrenalin junkie, Rach found the experience exhilarating. Although I suspect my offspring exaggerated the toboggan speed, when claiming at one point they achieved a speed of Mach 2. A speed that rendered the G-Force so intense she momentarily went back in time to when dinosaurs walked the earth.

Despite loving the bobsleigh ride she complained taking a selfie with a brontosaurus, while travelling at twice the speed of sound, was a challenge too far. Post sled ride, during an excited call home, she also relayed that internet coverage is patchy on a bob-sleigh run. Consequently she apologised her Instagram pictures of the experience were somewhat delayed.

During her stay in the beautiful Land of the Maple Leaf, Rach has undertaken many other acts of daring doo, including skydiving, caving, white-water rafting, briefly meeting dinosaurs and telling ex-US boxer Mike Tyson “You’re a right soft sh!te!”

Whether my daughter will attempt curling or uphill slalom skiing remains to be seen. I suspect, though, both events maybe a notch or two down on the epinephrine release scale for the twentysomething Yorkshire lass.