Yesterday lunchtime our modest abode in east Leeds was graced by the presence of Mrs Strachan senior.

Lured by a roast beef dinner and the entertaining anecdotes of her eldest child (cough, cough), the Yorkshire lass was in decent spirits as she tucking into a plateful of Sunday fare. A fact no doubt helped by the fact the veg wasn’t presented al dente and the beef wasn’t overcooked…… The fussy mare!

Although, still frail looking from the weight lost during her mentally enduring 2017,  which saw her beloved husband of 57 years pass away, it was heartening to witness that Maggie’s appetite and confidence is progressively returning.

My mum’s return of appetite emphatically highlighted when she polished off a plate of six veg, four slices of beef, five roast potatoes and a Yorkshire pudding.

It wasn’t just the vanquishing of copious amounts of lunch that signalled Maggie’s improvement in her grief management. With her dining table jibes at elements of her three children’s lifestyles, it was gratifying to see ‘mischievous skits’ back amongst her oratory armoury.

In between her slipshod troughing, she had no qualms about announcing to my wife Karen that my blogs and sister Helen’s taste in music were “crap!”

She also playfully opined my brother Ian was gormless, citing numerous reasons supporting this observation. Including the tale of him cooking an egg in a microwave, which caused an explosion of such magnitude it blew the appliance door off, covering my sibling in yolk and shell fragments.

Mum’s thoughts all tongue-in-cheek jibes that my siblings and me take in the light-hearted manner by which they were intended.

At one point during the visit, she refused to countenance the reading of any of the sixteen books I’ve self-published. Citing the reason as she’d forgetting her reading glasses……. Spectacles that magically appeared later in the afternoon when I requested she proofread my draft wording for dad’s memorial plaque.

As a memorial to Mrs S senior’s late spouse, the family recently donated to have a remembrance leaf attached to the ‘Tree of Life’ at Wakefield Hospice, the residence where he passed. Our next step is planning the scattering of his ashes, which currently reside in our spare bedroom amongst sporting memorabilia and his cricket ties.

As dad was a big Yorkshire County Cricket Club fan, we are in the process of applying to scatter some of the ashes in the memorial garden at Headingley Carnegie stadium. The remainder will be mixed with compost in the rhododendrons pots we intend to purchase in his memory.

The grief of losing our family head hasn’t manifested tears on my part. However, since his passing I’ve acquired a sadness so deep it physically hurts. A constant ache in the pit of my stomach which feels like my large intestine is being eaten away; not unlike the manner in which mater demolished yesterday’s roast beef platter.

It’s good to see the old lady taking the fledgling steps of returning to some sort of existential normality. The insecurity and frailty she’s exhibited since being widowed exacerbating her offspring’s already deep rooted grief; along with increasing the level of concern about the septuagenarian’s welfare.

Hopefully, what I witnessed over yesterday’s lunch is the start of Maggie’s journey to growing confidence and control, which will ease her existence. A sojourn that gains momentum over the months and years, eventually bequeathing her some comfort and inner peace.

I’m not my mother’s keeper; as such I ordinarily avoid giving her advice wherever possible. However, on this occasion I’d advocate to aid the transition process she gives my blogs, Helen’s music and our Ian’s microwave cooking technique for eggs a very wide berth! 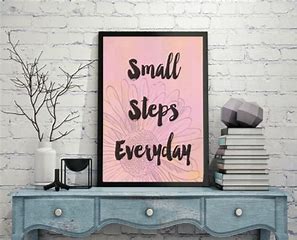