11:50 am on Sunday 7th August – Traffic congestion on the A64 meant I was rushing home to catch kick off of the first Leeds United game of the season.

As I sat impatiently at numerous sets of Crossgates traffic lights with the radio trying its best to drown out my impatient cursing, Radio Leeds listeners welcomed the return of presenter Katherine Hannah and her match commentary team.

One guy was particularly happy at the return of the radio team, deeming their presence as having the comforting affect of slipping on an old pair of slippers. 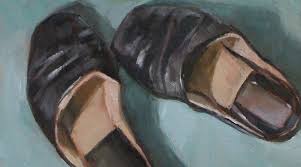 Like the Radio Leeds team, at that time I was unusually optimistic about the prospects of my team this season. The appointment of a dynamic new young coach and some decent player recruitments had lured rare positivity from deep within my soul.

I felt that, for the first time in many years my post-match Saturday evening pint would taste more palatable than in recent seasons. From their pre-game discussion, commentary team Adam Pope and ex-Leeds striker Noel Whelan seemed to share the same sentiments.

I had every faith in their mystic meanderings. After all, Noel Whelan is a renowned soothsayer. In fact his former Leeds colleague Jamie Forrester said of him “He’s a nice enough lad, but I wish he’d stop saying sooth all the chuffing time!”…….. I just he’d have predicted today’s A64 traffic!

I finally pulled onto the drive of chez Strachan four minutes after kick-off, at precisely the time Leeds conceded their first goal of the 2016/2017 season.

The concession of parity was the result of the same Leeds United achilles heel as last season; woeful defending and a goalkeeper not commanding his area.

Perhaps my uncommon glass half full moment was a bit premature, meaning I’ll need to buy better quality beer if I desire a more palatable after match pint this season. Relying on my team to raise the enjoyment of my lager with good results is perhaps misguided on my part.

I left Adam and Noel dissecting the ineptitude of Leeds’ defending on the car radio and sulkily trudged into chez Strachan. 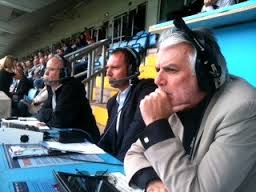 After walking sullenly into the living room, the first thing I caught sight of was the TV replay of the Leeds defensive aberration I’d heard described moments earlier in the car.

Approximately an hour and a half later the final whistle blew with London side Queens Park Rangers taking the bragging rights after a 3-0 victory. That is unless for some strange reason you’re bragging about being woeful exponents of the art of defending, then Leeds would comfortably take that accolade. 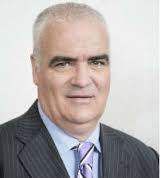 I’m not one for knee jerk reactions about results in isolation. There’s nothing more infuriating than fans ringing football phone-ins to say their team will be relegated after their team has been vanquished,

Actually, scratch that as there is loads of stuff more infuriating than that. Standing in dog muck for one; losing your water supply just as your gonna make a Pot Noodle is another. Finding John Terry in bed with your Mrs would also be more infuriating, so would a knighthood for Peter Ridsdale!

Listening to individuals writing the season off after all the first game of 46 is annoying. We have to take into account there’s a new coach, several new players to bed in and full match fitness to gain.

We Leeds fans probably need to calm down, not overreact over one result and get behind the team. Sure it’s frustrating that we seem to still have no cutting edge or defensive solidity. However, getting on the teams back won’t help in any shape or form.

I know that was a well worn cliche. However it holds water under the current circumstances at the club……… Which is probably another cliché!……. You got 2 cliches for the price of one there! It looks like my disappointment hasn’t affected my generosity.

As I bring this blog to a close, I’m as fed up as any Leeds fan. I fancy a beer but it won’t taste good today. Will that stop me imbibing a pint? Probably not!

I mentioned above about a Radio Leeds (RL) listener describing the return of the RL commentary team as like slipping on a comfy pair of old slippers. The way Leeds played today it looked as though the team were playing in those slippers.

For my fellow Leeds supporters who will be despondent after today’s performance, I’d advocate remembering the famous cliche “In a 46 game season it’s a marathon not a snickers!”…… Or something like that. 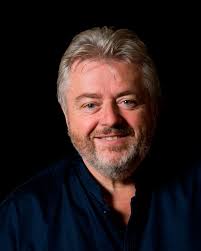