My son Jonny is attending a work related course this week, meaning he has a five night stay at a hotel on the outskirts of London. It is the start of a six month stint in ‘The Smoke’ for the eldest of my offspring.

It sounds a ‘full on’ week for the lad and his peers, where they work lengthy days outside of their comfort zones. Mental and physical pressure is applied to test him and his colleagues, including forming a choir for a cockney singalong around the old Jo-Anna (cockney rhyming slang for trumpet…… I think!).

During a brief messaging interaction yesterday evening, he told of his tough day on Tuesday where he had to learn how to do the Lambeth Walk; followed by an intensive lesson in how to say the word ‘gertcha’.

I’m not disclosing his work role, other than to say it has nothing to do with sweeping chimneys. Read into that what you will.

Incidentally, my evasiveness about his job is not because I can’t disclose it, its just I chose to not divulge that information. He’s not a spy or undertaking anything clandestine!…… God help us if he was a spy; the slack get!

I’m sure he will take a great deal from his six months working in the capital of England….. And before you ask his job isn’t as a pickpocket in some Dickensian gang led by Fagin in the East End. 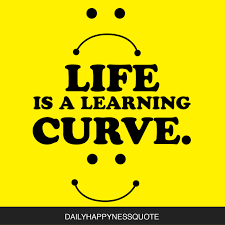 At the age of 24 (two years younger than Jonny now), I moved to work in a permanent work role in London, were I stayed for nine years.

I’m not disclosing my work role there, other than to say it has nothing to do with sweeping chimneys. Read into that what you will.

I learned a lot and matured a bit while I resided in the south east of England. During those nine years I got married, my children were born and I learned how to do the Lambeth Walk and say ‘gertcha’. All events that enriched my life following a move back up north in 1996.

I made some ridiculous mistakes during my stint in the kingdom of golden pavements and, if truth be told, when I returned north to reside. Immaturity played a large part in this, but I look back on it now as all part of learning curve.

As process I had to endure to turn me into the random, but incredibly mature individual I am today.

Apparently, I also have a habit of recommending people have a lemon based dessert to ‘cleanse their palate’ while dining out at restaurants! I wasn’t aware I had that tendency, however I’ll take the Jonny and Rachel’s feedback onboard…… Although, I’ve got to say, I’m pretty convinced that McDonalds don’t sell lemon desserts!

Lemon sorbet – Cleansing palates since 72 BC 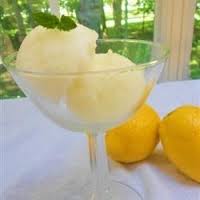 My learning curve is added to on a daily basis. I can’t think of a day when I don’t make a valuable addition to my knowledge voids.

Yesterday’s lesson was that when cutting my toenails ensure I wearing my contact lens’, or ensure I have my specs perched on my less than diminutive proboscis. Pedicures should never be attempted when ‘working blind’.

Due to my sight improvement negligence, yesterday’s self pedicure turned out to be a painful experience for yours truly. There was blood everywhere, although after the original kafuffle things quickly calmed and it was subsequently cleaned up.

I’m fairly philosophical about the incident in hindsight. Thankfully the pain isn’t excessive, in addition to the wounds being clean, sterilised and dressed.

The only fly in the ointment being I’ve not yet found the little toe from my left foot! I’m sure it will turn up soon, we’ve have just had to suspend vacuuming in my room until it’s located!

Anyway, enough of the toenail anecdotes, I’m off for my lunch. Today’s culinary delicacy is a turkey and coleslaw sandwich, followed by a palate cleansing lemon sorbet.