“I had coffee this morning with an new acquaintance who I found forthright. I was late though as he told me his local cafe was third right!”

I know that’s an awful gag that I shouldn’t have shared in this meander down random avenue, which is the main road connected to the third right and four right. 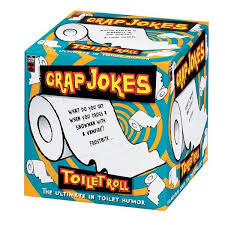 My agenda for telling the quip wasn’t to try entertain; rather to highlight that I haven’t been able to get that abomination of a jest out of my head since it entered there during my morning shower.

The fact I was in the shower isn’t relevant to how the crime to comedy made its neurological appearance in barnet de la Strachan. I can vouch the shower was an innocent bystander who should not be tarnished by this shameful incident.

The irony of this is that I can never remember most gags I think up, good or bad. However the poorest one I’ve thought of in while, sticks in my mind like a drunken frat student’s face that’s been superglued to a hotel carpet by his equally inebriated buddys.

Believe it or not, I also think of good gags occasionally. Although, if that is at a time when I’m not in possession of the tools to record it, they generally leave after brief residency dans mon esprit aléatoire.

Just think, if I hadn’t have had a better memory you might have been subject to work of creative genius. Work that would have stood the test of time, not the test of toilet paper! I’m only kidding, I don’t think that lowly of my narratives. I just liked the joke…… Well, someone had to!……. Bloody hell I’m doing it again.

Some people can get away with jokes that are ‘so bad they are good’. People like comedian/actor Tim Vine, whose sets are predominantly made up of gags that used to be dubbed ‘corny’ but are now labeled ‘so bad they are good’……. My joke about forthright was on a different plateau; it was ‘so bad it was awful’.

Tim Vine is an award winning and highly respected comic (my mum likes him anyway) who proves that comedy of the ‘so bad they are good’ genre has a place in the audiences hearts. He delivers them skilfully and they’re funny enough to get away with the cringe-worthy element of the observation.

Writing light-hearted narratives fills the author with self doubt; what is funny is subjective. Humour isn’t an exact science, tastes vary as with all creative work. This leads to uncertainty about the quality of each gag and situation penned. Especially, the more offbeat ideas.

An old workmate did once tell me my jokes were ‘so bad they are good’. He mentioned this after I put the following status on Facebook prior to an Scotland v England football game:-

“I was chuffed when a Caledonian friend told me he’d got me a ticket to see the Scottish play…… Unfortunately, it turns out a ticket for Kirkcaldy Amateur Dramatic groups production of ‘Macbeth’ next week, not tonights Scotland v England football international!”

I thought it was a half decent joke which, by saying “It was so bad it was good”, I think my ex-colleague concurred with .

Well I’ve managed to plunder a 500+ word blog out of one of the worst jokes I’ve ever told. Who would have thought I could muster as much mileage out of a play on words of the word forthright?