I’ve just returned from having Sunday lunch at my parent’s home. Here we dined on one of my mum’s specialty gargantuan meat and tatty pie that would even faze that greedy get on ‘Man v’s Food’.

As a result of troughing my maters signature dish, I’ve returned home feeling like the anaconda, that I saw on social media this morning, who recklessly devoured a porcupine.

I just hope I don’t suffer the same fate as the misguided reptile, who looked as though he’d exploded after the porcupine’s spikes set to work. I must confess, however, it doesn’t look too good at the moment.

I’m currently sat in my dining room anticipating an occurrence akin to the creature bursting out of John Hurt’s stomach in the movie ‘Alien’.

As is the norm, the meat and tatty pie tasted fantastic. It was so big she had to cook it separately in segments to fit it in the oven; which were fixed together at a later stage. In fact my dad was welding it back together as we arrived! 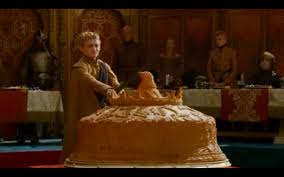 However, I wouldn’t be as ungrateful as to disclose to my mum “It feels like I’ve just consumed a porcupine!” after I’d eaten the dinner, so I kept my counsel. It tasted fantastic, but there was just too much of it!

The enormity of the pie gave me visions of her having to cut and serve it with a mechanical digger!

My wife Karen thought the flavours from the culinary colossus were fantastic. “What’s your secret, Margaret?” she asked my mum after shovelling down (literally) another mouthful.

“We adopted Gary!” my mum (Maggie) joked in response.

“No, I meant your secret to get such rich flavours in your food!” my missus countered.

“I don’t put cheese in it!” Maggie confided to my wee lassie. Incidentally that’s Karen, I’ve not bought a border collie that carries out unlikely rescues on a weekly basis.

“I don’t think anyone puts cheese in a meat and potato pie, you berk!” I scoffed.

After the meal, with stomachs bigger than Piers Morgan’s ego, the five of us (including my daughter) carried the trough size pie dish up to the bathroom to wash. This decision was taken as the consensus of opinion was that no way we’d get it in the kitchen sink.

Our transporting of the dish was a clumsy and poorly choreographed effort, during which we chipped gloss paint off two door frames and broke an ornament.

“Ah, that’s what those chrome things do?!” my daughter exclaimed as she saw bath taps flowing with water for the first time.”…… I can write that about Rachel as she refuses to read my blogs……. Although, even if she did she’d know I was teasing…… Or am I!

Anyway, once the bath was full we all took turns with a sweeping brush to scrub the dish clean. We looked like zookeepers scrubbing the elephants as we removed the grime trough.

Once the washing up was done we left immediately before my mum could check if I’d washed behind my ears!

Right, I best get off as when my stomach explodes I don’t want it to take place all over my laptop!