Recently, I had a bit of wake up call. An epiphany where it dawned on me just how hard my parents had worked to provide my siblings and me with a comfortable, warm and secure upbringing.

Were they the thoughts of a man coming to terms with his own mortality, following a many recent stories of family and friends with serious health issues? Who knows?

Our postman Bob says it is, but I’d rather have somebody with medical qualifications to confirm it, than a bloke who delivers mail his shorts in winter and whose daughter is called Treadmill.

To clarify, when I say he delivers mail in his shorts I mean he dons shorts as part of his uniform. Not that he uses his shorts as an eccentric letter holder!

The ‘light bulb’ moment to which I refer occurred ironically during a random moment of people watching in low lighting of the living room of chez Strachan senior last week.

You could have heard a pin drop in the lamp lit lounge. Well you could have if not for my dad’s cacophonous slurping of his coffee, my mum saying “Do you have to make so much noise Malcolm?”, a bizarre mooing noise coming from the kitchen and the occasional roar of a nearby tiger.

As I attempted to consciously shut out the background din, I started watching my parents as they sat comfortably on their contemporary styled cream settee with matching wing mirrors.

I also became inquisitive about who the bloody hell is irresponsible enough to keep tigers in the Wakefield suburbs of East Ardsley.

The lightning bolt that initiated pangs of guilt so intense I thought I’d converted to Catholicism was catching sight of my dad’s hands. I’d never noticed before the signs of wear, tear and bruising on his palms and fingers. Like his wallet, they have undoubtedly seen better days.

I was used to that degree of ruggedness and blemishing on his face, but seeing how weathered his fingers and thumbs were proved a real eye opener. My dad’s long service working as a cheese grater had obviously taken its toll.

I hadn’t noticed before that he’d no nails on one hand and the flaps of skin semi dislodged on the digits made it look as it he had contracted leprosy. 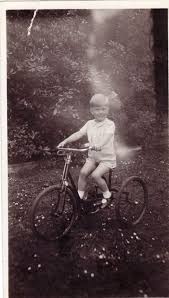 I was humbled by the sight of his wounds. I’d always been appreciative of the man who put a roof over the head of the five of us; not to mention food, clothing and the yearly holiday he financed.

However, decades of grating parmesan have taken their toll on a pair of hands that were once so pristine he was entered by an uncle into the 1957 ‘Farnley’s Nicest Hands’ competition.

Unfortunately for my dad, his uncle misread the publicity flyer, as the competition was in fact the 1957 ‘Farnley’s Nicest Hans’ competition.

On a packed Whitehall Road near the current Ringways, a very pleasant Austrian friend of his won first prize and my old man was embarrassingly disqualified for being called Malcolm, not Hans. To add to his shame, he was barred from ever entering the competition again…… Unless he changed his moniker to Hans!

Competition winner Hans – An Austrian friend of Mally, along with Knees and Bumpsa Daisy 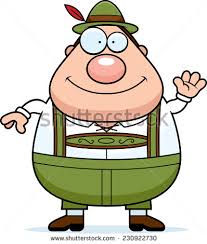 Mally took the disqualification badly at first and his confidence plummeted. However, this proved temporary as the following year after he won the 1958 ‘Farnley’s Nicest Malcolm’ competition.

He started his cheese grating career at 16 years of age, straight from school. He aimed high and chose the cheese industry as he felt grating carrots was below him. “I’m not grating any old crap!” he told his parents at the time.

My grandma and granddad were immensely proud of his career choice. He was the first Strachan ever to grate cheese, bringing with it kudos for Mally in a family predominantly made up of carrot graters.

He stayed put at the same company for 40 years, accompanied by his trusty grater  grater and a gross of plasters. He is a proud man who may have lost several fingernails and more skin than a shedding adder, but he never lost his work ethic or sparkle.

He deemed his duty was to provide for his family through thick and thin. Not just financially but spiritually, through stability and education.

When I saw the state of his hands last week, I asked what drove him to work in a tedious job that saw him lose 10% of the outer material of his hands every week.

“Simple.” he responded; before confiding that “I love my family more than my nails and skin!…… Apart from perhaps my scrotum!”

He thankfully added “I’d draw the line at grating with that!”

Such selflessness deserved a gesture of appreciation, I thought. After all, my pater had made great (or is that grate) sacrifices to ensure his family were given the best chance in life.

I felt I needed to do something meaningful as a small atonement to this selfless man. An act of similar selflessness where I’d step up to the mark with a strategy to shoulder most of the burden. Ensuring that my dad never suffers from anymore nail or skin loss from grating, gardening or DIY (the three G’s…. nearly).

With this in mind, I visited my parent’s home this morning, handing my dad a pair of second hand gloves on arrival and telling him abruptly:-

“I bought you these to protect your hands dad. Now go make me a sandwich and a cuppa, before you get your lazy arse outside to weed the borders!”

Incidentally, my dad has just informed me the skin damage to his hand is nothing to do with grating…….. He has got leprosy!…… I’m off to bathe in Domestos! 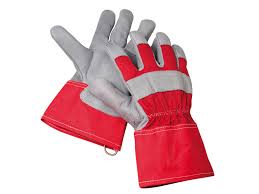