We had a family discussion this morning which broached upon the subject of the principality of Wales.

The living room in Chez Strachan rang out with erudite verbal interactions, predominantly centring around the naming convention utilised by the Welsh back in the day.

In particular, we discussed how we felt this nicknaming would manifest itself these days, where traditional job names sometimes take a back seat to contemporary monikers designed to add kudos to an individuals role.

Being in possession of an extensive Welsh knowledge, thanks to watching every episode of the 1970’s kids animation ‘Ivor the Engine’, it’s a subject in which I feel I can confidentally proffer opinion.

Through Ivor’s steam train escapades, I learned that amongst their behavioural traits the Welsh would suffix an individuals surname with their occupation. From my understanding, this was necessary to help differentiate between the vast number of Jones, Williams, Evans and Davies’ within the principality’s populous.

For example, Ivor’s driver was known as Jones the Steam as he drove a steam train, Evans the Song was in the choir, Owen the Signal was the railway signal man and Williams the Eskimo is someone I’ve just made up. 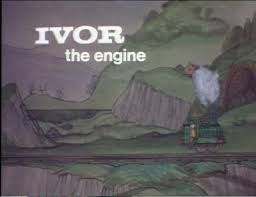 Our family conversation surrounded if it would be possible to transcend this method of assigning individual nicknames into modern day Welsh culture.

Would ‘Davies the Binman’ now be known as ‘Davies the Sanitary Storage Diminishment Executive’? Could ‘Jones the Steelworker’ now go under the name of ‘Jones the Benefits Claimant as the Steel Industry in the UK was uncaringly disbanded’?

I don’t know the answer to any of the questions; however, they seemed valid thoughts into how this may evolve in current day Cymru.

My dad, who isn’t Welsh but strangely still got the nickname ‘Mally the Gary’s Father’, knew a few Welsh lads when he did his National Service in the 1950’s. ‘Dai the Undertaker’, ‘Hywel the Howitzer’ and ‘Aled the Marcher’ were apparently all top blokes. However, ‘Owain the Tw@t’ was apparently a tad higher maintenance.

I’ve never been to Wales, but it is on my bucket list. In fact, I’m intending to travel to Llanelli to purchase a bucket in early August.

The beach a Llanelli in Wales 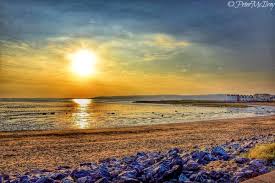 Seriously, though, I’ve heard good report regarding the aesthetic beauty of the principality which, restraining order permitting, I’m hoping to check out in the near future.

I’d love to go to Limerick where I have ancestors on my mum’s side. By the way, I know that’s in Ireland not Wales, but I thought I’d tell you anyway!

I’m at a loss how to close today’s monologue. My mind feels like mush this morning and, apart from the occasional off beat idea, inspiration is of the minimum.

Could I steal an ending from ‘Ivor the Engine’ perhaps? Or would the fact I’ve not just saved the life of ‘Glenys the Sow’, in some steam train based rescue, render that thought artistically inadmissible.

Incidentally, ‘Glenys the Sow’ is the local propogator of agricultural seeds not a female pig!

Right. I can’t think of an appropriate ending to this nonsense, so ‘Gary the Can’t Be Arsed to Think of an Ending’ will end this narrative without denouement.