Every now and then a unexpected comment or act is so random it cannot fail to bring a smile to your face.

An incident of this very nature happened to yours truly yesterday evening, on the unexpected receipt of a text message.

This electronic communication arrived at my phone during the evening while sat enjoying the entertainment in our Menorcan hotel.

At the time the message arrived, I was impatiently waiting for my antacid tablets to negate my I terrible heartburn, which was causing me great discomfort….. I later found out it wouldn’t have took so long to take effect l if I used water, rather than Tabasco sauce, to wash down the tablets.

The text in question was from a friend randomly asking me what flavour the crisps were in a balcony picture I’d posted on Facebook earlier in the day.

This message really tickled me, not only due to it’s random nature, but also because it was the first communication I’d had with this individual for around a month. There was no “Hi Gary, how’s things going?” Just an out of the blue query regarding the flavouring of the potato snack I’d been scoffing that afternoon. 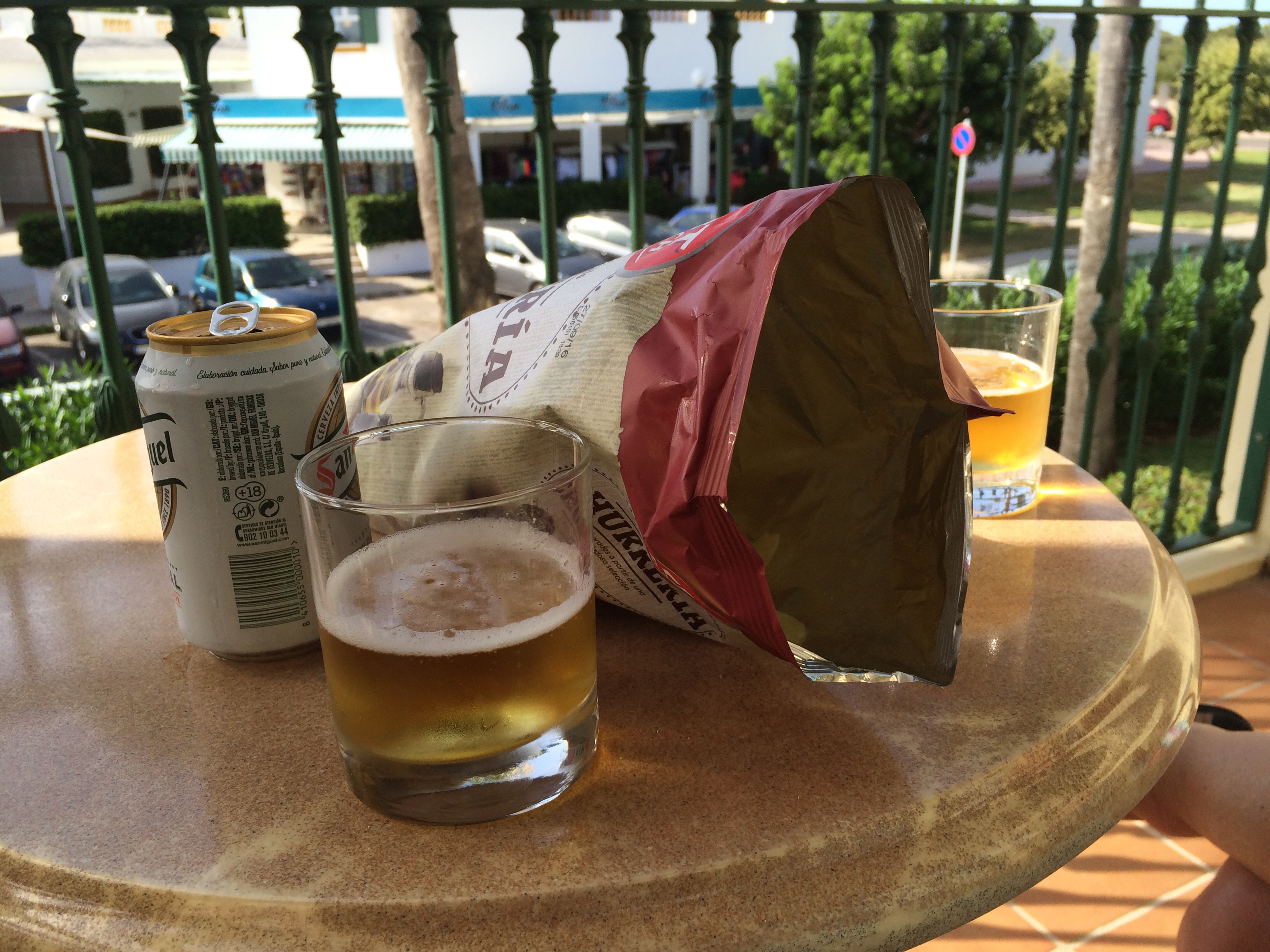 I responded to them that their text had made me smile, that I hoped they were in good health and informed them that the crisps were olive oil flavour. Additionally, I queried what it was about the crisps that brought about such a random question.

It wasnt long before I got a response back from my friend informing me that crisps were their forbidden pleasure. Or at least the only one they could tell me about!!

I have to admit, I had no previous idea of the love affair my friend had with fried potato chips. To say I was shocked would be going a tad over the top, however it did cross my erratic mind that I should know this snippet of info about them.

It made me ponder what sort of friend I was not to know this key piece of behavioural pertaining to my friend.

It set me wondering if I was asking individuals the right questions during social intercourse…… I said SOCIAL!…… Blimey how immature are you?!

Lots of doubts raised their ugly head on the back of this incident. Uncertainty prevailed as I mulled over my questioning strategy. Amongst those conundrums were:-

Should I ask all acquaintances their level of crisp enamour?

Should this inquisitiveness stop with crisps? Should I incorporate queries about all potato snacks?

Do I stop with just potato snacks? Should I also enquire about those maize snacks that get stuck in your teeth like Wotsits?

Do I need to know more about my friends teeth? Information like awareness of denture wearing to avoid possible embarrassment if serving pork crackling or seed bearing fruit at a dinner party.

Would it be good manners to find out the eating habits, allergies and food intolerances of my acquaintances?

Is it acceptable to introduce yourself at a party with “Hi, my names Gary. I see you’re not eating bread or anything flour based. Are you gluten intolerant by any chance?”

I’m not sure what the moral of this story is. Other than to be mindful when sending random messages as it can lead to equally random questions about gluten intolerance !