Today marks the 104th anniversary of RMS Titanic sinking in the North Atlantic. It took just two hours and forty minutes for the much vaunted passenger liner to submerge after hitting an iceberg; leaving only 710 survivors out of 2,227 passengers and crew on board.

Since the disaster, the story of the White Star Line’s “unsinkable” ocean liner’s maiden voyage has been told numerous times in print and on screen. Something you’d expect following one of the deadliest peacetime maritime disasters in modern history.

These tales include subjects such as the construction of the vessel at Harland & Wolff shipyards in Belfast, passenger and crew memoirs of the journey, the iceberg collision with its subsequent sinking and rescue.

Like with any major incident in modern history, the story hasn’t escaped the attention of conspiracy theorists. As with many of them, such as the John F Kennedy assassination in 1963, it is very unlikely the public will find which (if any) bear any credence.

Although, one thing agreed upon is that Lee Harvey Oswald and the mystery shadow behind a picket fence in Dealey Plaza had nothing to do with the Titanic sinking.

One of the stories mooted by conspiracists is that Titanic was swapped with a sister ship as part of an insurance scam. I don’t know how valid that theory is, but if true I hope the insurance company paid up quicker than mine did when I had a video stolen a few years back……. If not they’ll probably be still waiting for the pay out.

How would modern day society treat the survivors? What would they face as they arrived traumatized, but no doubt relieved that they were amongst the lucky one’s who survived, at New York docks?

Would there be news agencies vying for selfies and video footage in the lifeboats? Or representatives from ‘ambulance chasing’ companies inundating the still stunned survivors with offers of support in a ‘no win, no pay’ compensation claim?

One thing’s for sure, somebody would try and make a quick buck out of the trauma these people had gone through! 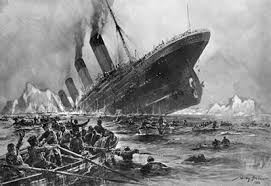 It never ceases to amaze me the lack of humanity in some people. For example a few months ago I was sat writing on my iPad in the main waiting area of an oncology unit, while Karen was undergoing treatment.

A guy in his 60’s came to sit close to me and struck up a conversation. I blanked him initially but once he got off my knee I became more responsive. During this conversation he seemed quite a pleasant enough guy and we talked about various subjects like cricket, rugby, cancer, wills and cricket (he liked cricket!)

During the discussion on wills, he pointed out he had a company who set up individuals as a will writing franchise. He told the tale of how some people don’t always leave part or all of their estate to their family or close friends.

I felt at this point the discussion was heading in a direction I wasn’t comfortable with, so pointed out I had a will set up by a good friend who’s a financial advisor which I’m happy with.

I also pointed out that my estate would be going to my family, not a stranger. He responded that it is always worth revisiting my benefactors to check I’m still happy with them, to which I answered I was.

I got the feeling that either he was touting for business, to become one of my benefactors or trying to sell me a franchise in his will writing business.

He could have been a perfectly genuine, amiable guy with good intentions and reassuringly he was wearing a t-shirt adorning the words ‘I’m an honest bloke’. However, I’m not very trusting of strangers, so I kept him at arms length.

This cautious approach proved wise when later he asked if he could borrow his fare home as he’d forgotten his wallet. I don’t like seeing someone stranded so I took my wallet out and asked him how much fare he needed.

“£1000….. I live in Australia!” came his response. I put my wallet back in my pocket and I bode him farewell, as I’d seen Karen had exited the treatment room in the distance.

As I walked away I heard him shout “Ok then £500. I’ll get a budget flight!” which I suitably ignored.

“200 quid then! I’ll move closer!” which I again avoided responding to.

Just before Karen and I got to the exit doors of the building I heard a further shout of “You tight b*****d!…… You don’t want to buy an ‘I’m an honest bloke’ t-shirt do you?”

Obviously the final part of that was fictional, however, the bit about the will writing and benefactor discussion is true. If he was trying to drum up business for wills in an oncology unit though it would have been unthinkably callous!

The bit above that about RMS Titanic is also true! 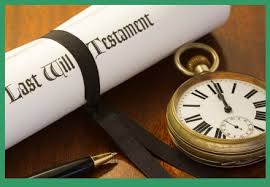