I’ve just bought a chauffeurs hat online, an accessory I plan to wear when I drive my parents to Wakefield station on my dad’s upcoming 80th birthday.

The trip is his present from my sister Helen, brother Ian and me. This has been meticulously planned (even to the time my dad exposes himself) by the brains of the family, our Helen.

You could argue she hasn’t much competition when Benny from Crossroads would have been 2nd if he’d been a family member. Irrespective of that, it’s indisputable that she is cleverer and more driven than me and our Ian.

Although you could say Ian is always driven as he never learned to drive. He packed in after locking the keys in his instructors car prior to his 2nd test.

Which is a shame as, if he had learned, he could have been the one getting up at 5.30am to don a cap and chauffeur our mum and dad to Wakefield train station; not me.

As I pen this, I’m sat in a hotel room near the historical city of Chester on the Welsh/English borders. I’m here on a break with my wife Karen for the first break we’ve taken together for quite a while. My little Birtley lass was knee high to a grasshopper the last time we had a break as a couple.

Saying that, though, my diminutive spouse is still only knee high to a grasshopper, so that doesn’t help when attempting to pin down the specific date of our last vacation. 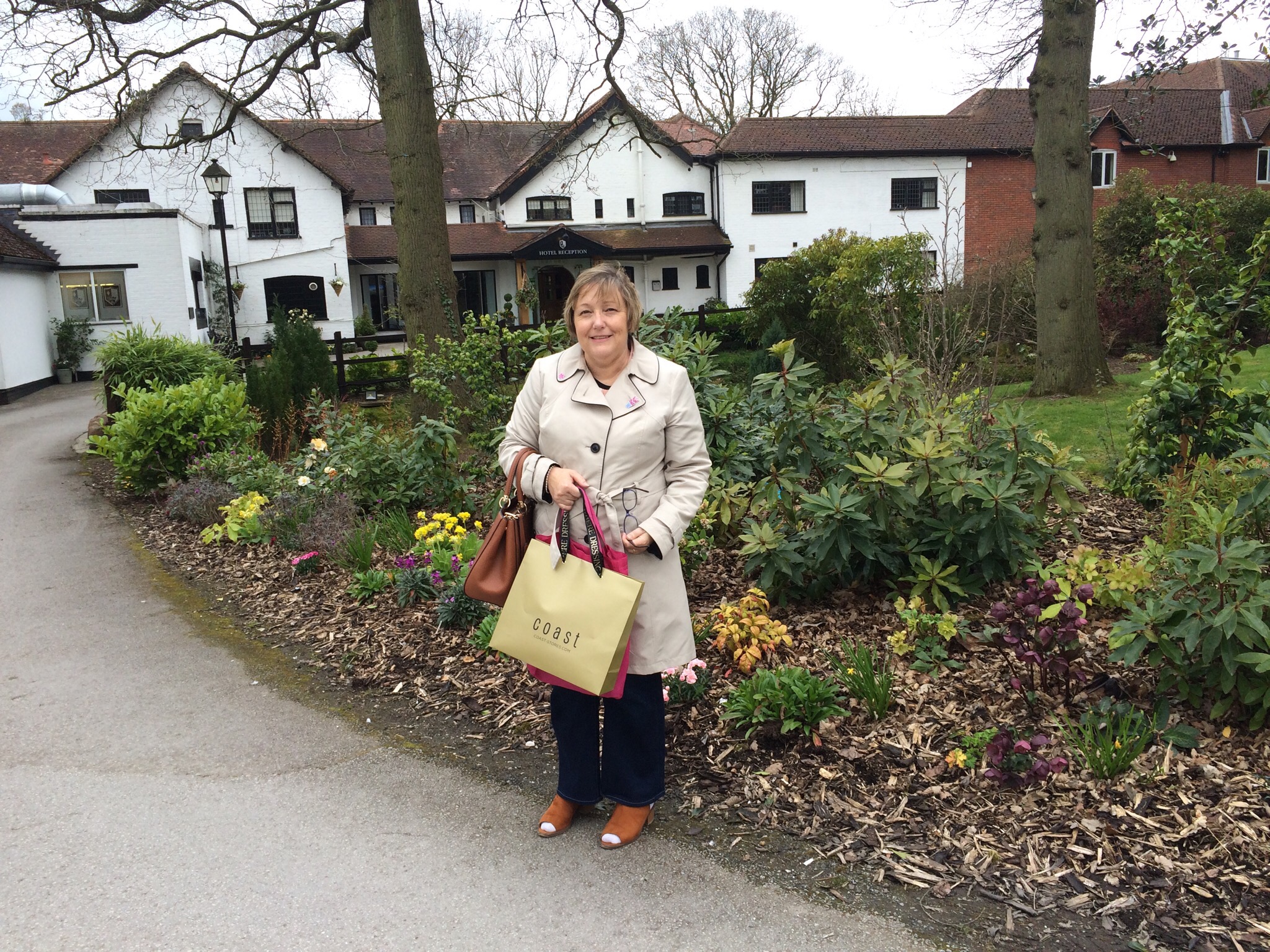 On arrival at the hotel we partook in afternoon tea in the conservatory. Peckish after the drive over from Leeds, we dined on sandwiches with salad and crisps. Followed with scones laden with jam and clotted cream, which were consumed with verve by Karen and me.

Our hunger resulting in the imbibed of this fare in a slapdash fashion unbecoming of an establishment of this quality. So much so, we received disapproving looks from fellow diners. Glances that appeared to admonish our gluttony by telling us “Slow down you couple of lard arses it’s not a race!”

She of course didn’t do that, like the rest of her colleagues, she exhibited excellent customer service skills, apart from when she questioned of me “Your not that idiot who gets clothes shopping website recommendation from Laurence Llewelyn-Bowen are you?”

I hastily changed the subject by asking her if the settee was genetically modified! I find saying something ridiculous unsettles people and they don’t hang around after being asked something so chuffing idiotic!……… It’s one of the reasons I’m often sat alone, apart from my wee partner……. That’s Karen by the way, not someone I urinate in tandem with!

One thing that has struck me since we got to Chester, apart from Karen for an inappropriate comment I made about how cockfoster’s got their name, is the friendliness of the people we’ve met so far.

It reminds me of Karen’s hometown of Birtley, but with friendly people as well!…….. I’m joking of course, there are some lovely people from town located south of Gateshead. Her mum for example is a diamond. Only last week she said she was going to dance on my grave. So I’m gonna get buried at sea! ……… Apologies to late comedian Les Dawson for plagiarising one of his finest mother-in law gags!

Seriously, though, the people we’ve met so far have been very amiable. Even the bloke who stole my watch at knife point said ‘please’ and ‘thank you’! Although the cheeky get went a bit too far when he asked if he could have Nectar points from his heist!

Right, I need to go get ready for our evening meal downstairs. I expect great things of the cuisine as the chef comes highly recommended. I’m told he has two Michelin tyres, which on a bicycle must look chuffing strange!

Before I go has anyone got the right time?!