I have a menu on the garystrachan63.com landing page which gives a tongue in cheek background about the bloke behind the writing. At it’s conclusion, I use the following words of closure:-

“Finally, I hope you enjoy reading this as much as I did writing it………… After all, why should I be the only one to suffer!”

They are, of course, mischievous comments ofwhimsy, although it goes without saying that I do hope people get something from reading articles on the site.

Whether that something is a chuckle, an educational nugget (for non fictional bits) or just an insight into the concerning avenues my random mind wanders, I hope the something you get from it is more than indigestion. 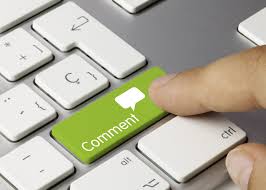 I started this website as an outlet to escape from the challenging circumstances my family is living with, meaning my initial goal was predominantly one of self help. That being said, though, I of course appreciate feedback or suggestions for improvements from anyone regarding the layout or content of the site.

Be this positive or constructive feedback, I will embrace both imposters in the same manner. After all, it’s healthy for the growth of the site to gain an insight into what I’m doing right, not to mention areas where improvement is required.

I may not agree or act upon all of the feedback, but at least I’d get an idea of what readers opine does and doesn’t work. Additionally, giving pointers for the direction I can take my e-baby for it to evolve healthily and organically. It’s important to me it doesn’t stand still.

I’m of the opinion that garystrachan63.com is aesthetically pleasing and that there is some good stuff within the narratives. However I set it up, am the site administrator and wrote the pieces so accusations of bias are possibly not without foundation. 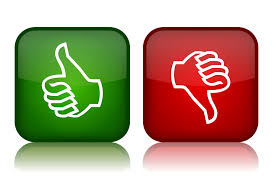 Creative ideas come easily to me, but I accept that work is required at times on the delivery. Even the best observations, gags and ideas need to be crafted skillfully to maximise its impact. Sometimes I get that right, other occasions I could do better.

I’m not fazed by that though; remaining confident that will be addressed with the experience gained from the more I write .

The humour elements, in particular, will not appeal to everyone. Humour is not an exact science and even the best comedy writer in the world will not appeal to all of their audience. Different comedy styles are appreciated by different people, you have to accept that.

For example, the following gag/observation just appeared surreptitiously in my mind:- “I’ve just seen a bird killed by a cat outside. I’ve not witnessed anything so brutally slaughtered since I saw Russell Crowe (playing Inspector Javaer) sing ‘Stars’ in the movie Les Miserables.”

My personal opinion is that that’s a decent enough gag, which some individuals may chuckle at. However, lots will see it as lame, not overly clever creativity wise or just crap, or maybe all three……. For one, I suspect Russell Crowe won’t be that amused by it! 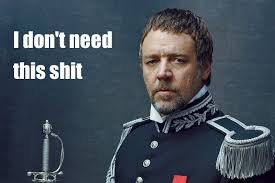 I can’t dwell on that and just accept that, no matter where I get with my writing, it won’t appeal to everyone.

I’ve had plenty of positive feedback about the blogs so am confident they do ‘hit the spot’ with a percentage of the readers. How big that percentage is I don’t know, but the site has had more than 8,000 hits in over 40 countries since its inception last year.

As I don’t market the site and don’t use Search Engine Optimisation (SEO) parameters to increase traffic, I’m happy with those numbers. The only online vehicles I use to advertise are Facebook, Twitter and LinkedIn.

Changing the subject somewhat,  I’m getting a hard time off my wee Mrs today. Firstly, over breakfast she accused me of starting to become being overly paranoid over ridiculous little things, which I vehemently refuted.

Now to cap it all, I’m sure I can hear her bad mouthing me to the microwave!!