After I finished penning yesterday’s blog, I spent Sunday afternoon gardening. I was heartening to feel the sun my face as I mowed front and back lawn, before tending to my borders.

To clarify, the sun was on other parts of my anatomy than just my faced but the warmth of the sun wasn’t as comforting due to them being covered with clothes……. Well, apart from following a toilet visit when unbeknown to me I’d left my flies open, leading to excruciating crotchal burns.

Despite these inadvertently received burns, it was a therapeutic afternoon of pottering in the garden. My wee horticultural project turned out to be productive, constructive and lots of other things the end with ‘uctive’. 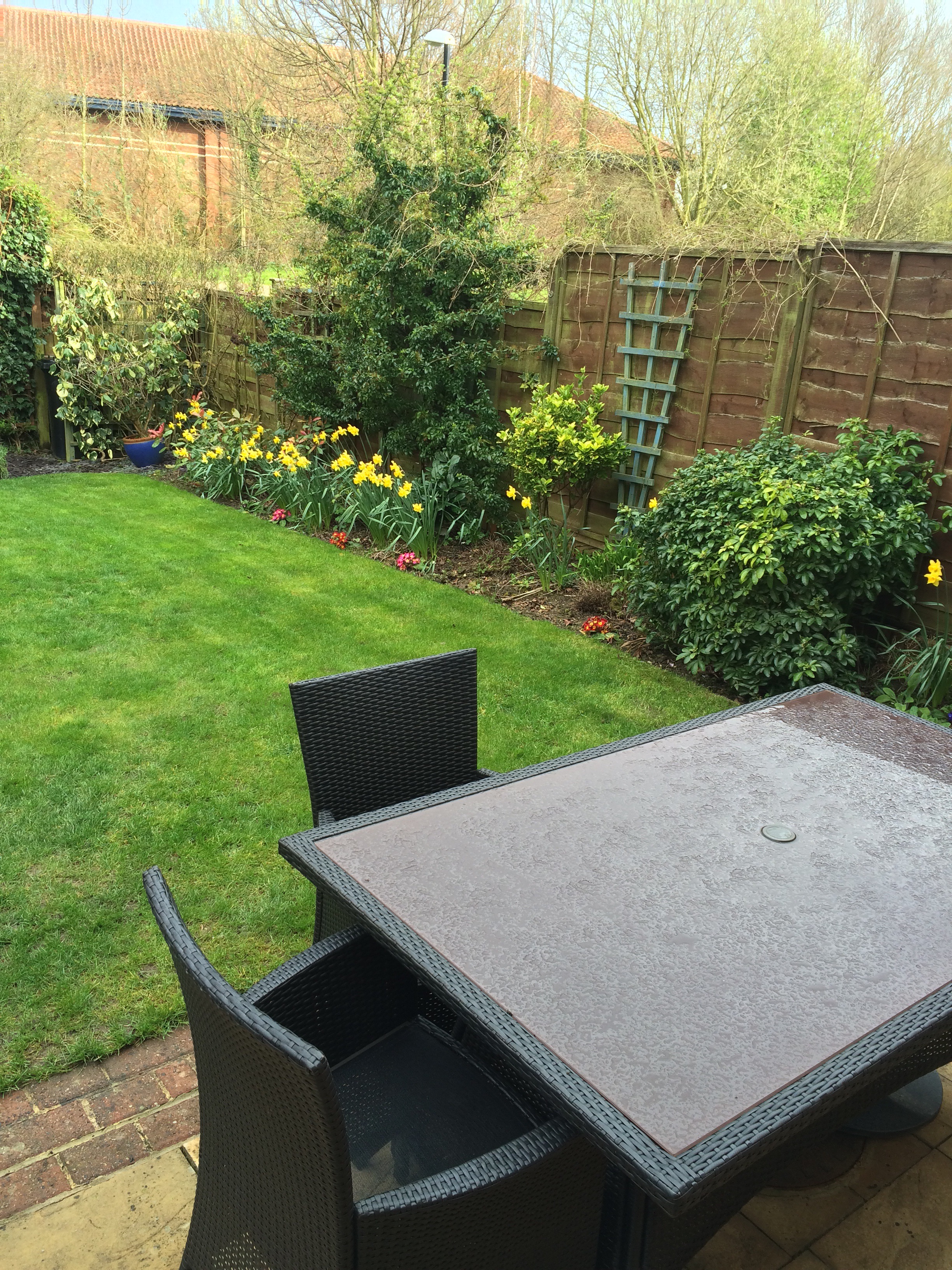 At the conclusion of work in my pulchritudinous yard, I visited the washroom where I caught sight of my reflection and to my surprise, not only did I cast a reflection, but my face appeared more tanned than usual.

However, it must have been a lighting issue as on closer scrutiny in an upstairs mirror it was clear my pallor was unchanged……. In other words, me having a suntan turned out to be nothing more than a pigment of my imagination!

I’m finding it frustrating when typing out my blogs at the moment. I keep inadvertently typing additional letters into words; predominantly the letter ‘a’ adjacent to other vowels. I’m not sure whether it is carelessness or if I’m becoming subliminally fluent in Norwegian!

I’ve just returned to Chez Strachan after a shopping trip with Karen at the White Rose Centre, Leeds.

It was at Karen’s request that we trekked to the compact shopping centre in the south of Leeds. Her mission, which she chose to take, was to try on every dress in each of the  clothing stores in the whole shopping centre.

To exacerbate the amount of queuing my little spouse inexplicably decided to unnecessarily utilise changing cubicles. Why the heck she wanted to use one to try on sunglasses I’ll never know.

At one of the stores I was sat outside the women’s changing rooms, while Karen tried on a pair of Ray Bans, when a woman came out to show her partner the outfit she’d tried on.

“Well then, what do you think? …. Do I look fat in this?” she questioned her bored looking husband.

After she returned to her cubicle, I grinned and told the guy “You’ll be in the dog house for that!”

“We haven’t got a dog.” he responded, appearing not to comprehend the meaning of my canine reference.

“It’s an expression. I meant she didn’t seem happy with your response.” I tried to clarify.

“We haven’t got a dog!” he responded again. Before he added “I’m not in her bad books. She wanted to look fat in that outfit!”

“You what?!” I questioned in bemusement.

“She was trying on a fat suit!……. My missus needs it for a fancy dress party………. She’s going as Wayne Rooney.”

I indicated she certainly had the shape with the suit on, if nothing else.

At this time, Karen vacated her cubicle with the Ray Bans, told the shop assistant “They’re too big.” and we moved on to Debenhams departmental store. It was here I had a life lesson I won’t forget.

This lesson revolved around the inconsistencies shown within the UK justice system.

For example, Bradford born magician Dynamo earns an absolute fortune for mysteriously making things disappear. Yet, when I tried a similar slight of hand, to conceal two t-shirts up my sleeves in Debenhams, I got charged for shoplifting!!

“Can I just try these on please?”