“Ok then sir, what’s it to be? A beard trim or a full cutthroat shave?” I was asked by the guy with the ruddy complexion in sinister gravelled tones.

There was something deeply unsettling about the way he spoke, not to mention the haphazard manner I’d seen him wielded the razor sharp tools of his trade.

There was no way I was going to let this heavy handed bloke anywhere near me with a cutthroat razor! After all, I’d only gone to the butchers shop for a 1lb of stewing steak and some sausages!

Seriously though, on this Friday afternoon in a barber’s shop in Leeds I had just taken my seat, preparing to receive my first cutthroat shave, courtesy of my generous spouse.

The old style barbers chair, red of leather and comfortable of arse, took me back to haircuts of my youth.

To clarify, when I say took me back to my youth I mean it sent my mind on a journey of nostalgia, not that the chair was capable of time travel…… Although, that would have been great if it did! 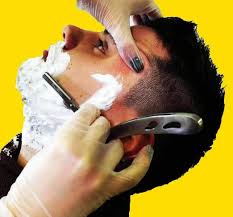 As it turned out, my wife Karen’s gift to make a small dint in my legendary hirsuteness turned out to be not just the cutthroat shave, more a facial pampering.

When the guy had finished he’d taken 10 years off me. Not visually, I’m referring to the fact he changed the date on my birth certificate to reflect that I was in my early 40’s.

As I sat down at the beginning of the treatment, as the barber brought all the towels and boiling water (for the steam), I hoped he realised I was there for the shave and that I wasn’t giving birth……. There were no birthing stirrups on the chair though so I soon relaxed!

It was the first time I’d set eyes on the machine that makes the steam. It was a few feet in height with a thin extendable arm which emitted the steam, created by the boiling water in a container below. It was like a cross between a dalek, R2-D2 and skinny ex Carry On film actor Charles Hawtrey (but without double entrendre laden chat, or indeed any chat). 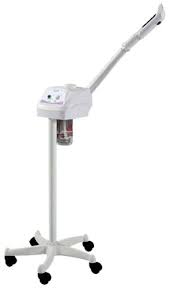 This little machine produced vast amounts of steam throughout the 30 minute treatment, not unlike my ears if I watch a movie starring the beautiful Margot Robbie. It was stage mist like in its intensity at times.

It briefly crossed my mind that I now knew how contestants of TV’s lookalike singing show Stars In Their Eyes must feel, when walking through the mist to reveal who they are portraying.

I say briefly as my experience would be nothing like that of the contestants. After all, they’d have been nervous as hell as they were about to perform in front of millions on TV. I only the other hand was just having a shave! …… So strike that comparison!

After I’d have my treatment and just prior to leaving the barbers, I queried if they did back shaves and if so their cost. On receipt of the price, it made me realise how hairy my back must be at the minute as they’d included a quote for scaffolding!

So now, for the first time in around six months, I sit writing a blog with no facial hair……. Unless you count nasal hair and eyebrows.

Like with Samson when he lost his strength post haircut, has the slight reduction in my hirsuteness affected my ability to write this, my 300th blog?

I’ve not noticed any discernible difference apart from there is a distinct reduction in beard hair on my keyboard……. Other than that no!

To close, on leaving the barber’s late yesterday, Karen started behaving very erratically. She seemed troubled and kept shaking her head along with morosely muttering to herself “One job! They had one bloody job!”

I’m not sure what was troubling her, but thankfully she seems to have perked up this morning following booking me on a skydiving experience day. 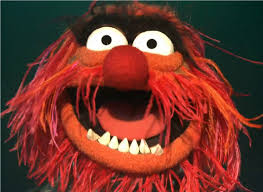 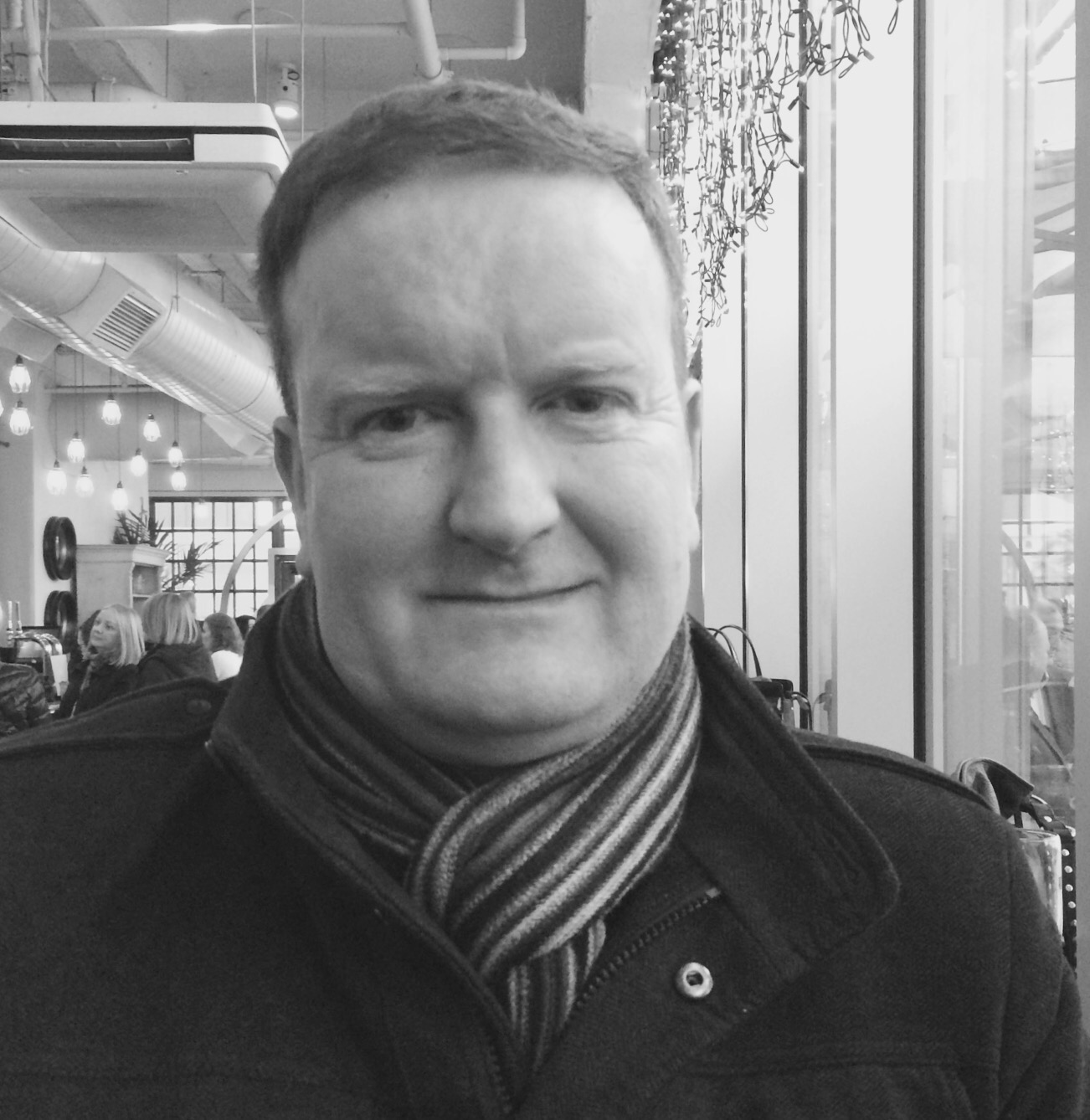