Today the 4th February is World Cancer Day. Around the globe events are taking place to increase awareness, educate and raise funds for a multitude of the research and support charities that underpin the fight against this rancid disease.

The people selflessly involved in today’s events do so with the objective of somehow making a difference to sufferer’s lives, be it preventative, clinical, supportive, curing or palliative. 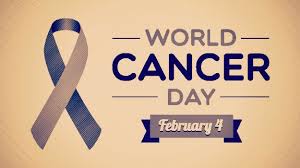 As my family’s lives, like millions worldwide, have been touched by this unwanted visitor, I have nothing but admiration for this massive effort.  A day organised to improve the lives of the those whose every day is cancer day, not just the 4th February!

Individuals for who every single day has an element of their lives impacted by this malevolent nemesis, be that physical, emotional, financial or spiritual.

Despite finding it therapeutic conveying ‘our story’ living with this unwanted visitor, I’m not going to touch on our experiences in the last five years within this blog.

If you want to read more about our rollercoaster ride to a destination we don’t want to arrive at, those tales are under the ‘Karen’s Story’ section on the homepage of my website garystrachan63.com . The first one is ‘Where The Rainbow Ends’ and, if you so wish, you can work through them from there.

The reason I raised the topic of World Cancer Day in this piece was from an angle of expressing gratitude. In particular, to all of the individuals who give their time to ease the plight of mine and millions of other families touched by cancer.

Thank you! It is very much appreciated!

As I write this monologue, I’m sat looking out of the bay window of my dining room, where I’m greeted by the uncommon sight of the cloud cover lifting, allowing a rare glimpse of sunshine.

On the right hand side of the borders, I catch sight of two of the neighbourhood cats covertly monitor a large wood pigeon, as he perches at the top of a pyracantha bush.

I’ve said he but, to be honest, I’ve no idea if it is a male or female pigeon and am not prepared to venture outside to check! Checking the genitals of a pigeon to ensure the forensic accuracy in my blog just isn’t going to happen. That would apply even if the gender bore relevance to the narrative, which in this case it doesn’t anyway!

The large bird seems unaware of the potential danger, as he gluttonously gorges on the cornucopia of berries proudly exhibited by the bush. Its frenzied scoffing is only interrupted by an occasional belch followed by the question “More tea vicar?” to no one in particular. 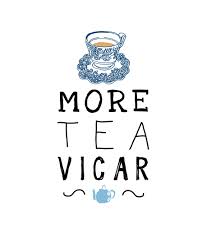 My neighbour Mike’s cats (Marmalade and Marmite) regularly dine in my back garden. Although amiable felines they are a fussy pair, who always insist on a quiet table in the corner and are not slow to criticise if the chaffinch béarnaise is overdone!

They choose a table out of the way, which gives them privacy, in addition to respite from the sound of Mike’s shouting. Coincidentally I can hear him now as noise emanates with baritone delivery through his open bathroom window.

I’m not sure who Mike is shouting at as his wife Claire is at work and kids are at school! That being said, I may have the wrong end of the stick and the yells through the bathroom window may not be him shouting at all …… They could just be the result of him suffering with terrible constipation after ceasing his all bran diet last week! 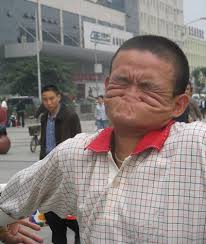 Anyway, Marmalade and Marmite have now been allocated a seat at the rattan table in the corner of the patio and will dine on wood pigeon; when they get a window of opportunity to pounce on it.

As discerning connoisseurs of vino, my little feline chums have ordered an extremely palatable New Zealand sauvignon blanc to wash down their cuisine with. Marmite particularly enjoys the wine’s woody bouquet with the faint after taste of vanilla. Marmalade has a drink problem so he’ll down anything! 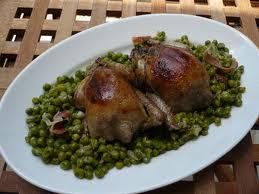 Their frequent return to dine in my garden and the appreciation of the fine cuisine is heartwarming. I take it as a sign they approve of the establishment and the efforts my wife and I have gone to ‘doing it up’.

I have to say though Mike’s moggy’s are lousy tippers. They either leave nothing at all or a fur ball they’ve just coughed up, along with some avian feathers they couldn’t digest!

Get them flipping told, Mike!