Yesterday I wrote of all things philosophy. Well not all things, I mainly conveyed the fictional philosophical words of wisdom by an equally fictional Frenchman named Aidan Le Torche.

Today I want to touch upon the lower end of philosophy market. I’m referring to old wives tales which, depending on your inclination, are advocated as gospel truth or dismissed as absurd. 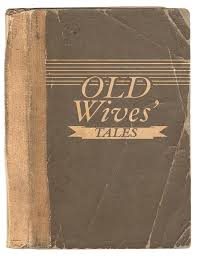 They are generational pearls of wisdom that are bequeathed by some mothers to their offspring. Although the motives of the maternal figure are meant to be educational, in all probability the fruit of their loins would rather have a pearl necklace (well the daughter anyway)! …… Stop sniggering! …… How old are you?!

Old wives tales have ensured that, for generations, family’s have invaluable acquired knowledge like how long swallowed chewing gum takes to digest. Without them we would be bereft of the requirement to touch wood to avoid tempting fate, as well as if a north wind shall blow you’ll see a partridge (or something like that)!

I’m not advocating that these snippets of knowledge are all incorrect, or indeed don’t enhance peoples lives in any way! However, I’m inclined not to pay them much attention as, in my opinion, most of them are as factually correct as Lee Harvey Oswald being the lone assassin of John F Kennedy!

I’m not saying all people who subscribe to these soundbites from the cauldron are idiots! For example, you reading this are certainly aren’t! ……. Even though you won’t ride a horse in a month with an ‘F’ in it!

That being said, your adherence to these superstitions hasn’t stopped you wearing that dreadful green top with those blue jeans! ….. Remember what you were taught, “Blue and green should never be seen!” 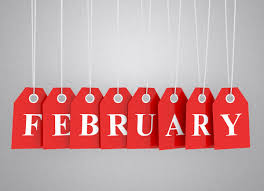 What I sometimes find with ‘old wives tales’ is that some of them are from a time so long ago they are no longer bear relevance. For example last week a friend, who believes in the validity of these tales, told me “If you see one woolly mammoth it signifies it will snow, if you see two run like f**k!”

It sounds like it would have been good advice back in the day, however I’m not sure it’s applicable these days!

An online website describes old wives tales as “…… an epithet used to indicate that a supposed truth is actually a superstition or something untrue, to be ridiculed.”

I’d subscribe to that descriptive, or at least I would if I knew what epithet meant!

The widespread use of these tales of folk law as genuine shows the indoctrinating power of old wives tales. They are generally harmless, but it amazes me the number of individuals who pass it through their families as valid information!

It intrigues me how a proportion of these widely held traditions come to pass. For example, how did “Don’t swallow gum or it will stay in your stomach for seven years.” gain credence? I suspect it wasn’t from local councils who spend thousands having to remove gum from pathways!

For balance, I wanted to add that apparently not all ‘old wives tales’ are nonsense. The following have been apparently scientifically proven as good advice:-

Anyway, I have to draw a line under this blog now as I’ve got to go shave my palms, prior to my 2pm appointment at the opticians! 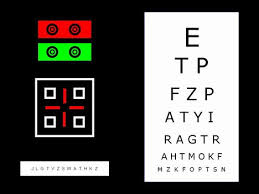