It wasn’t the most thought provoking or inspiring piece of philosophy ever written. However, if employed in other aspects of life perhaps its importance takes on further relevance! 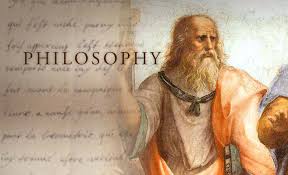 By that, I’m alluding to Le Torche’s words of wisdom transcending from how to respond to inclement meteorological conditions, to how we deal with the other life challenges thrust upon us, as we venture along on life’s rollercoaster!

It’s a journey without Sat Nav (GPS) so on occasion we require clever blokes (or women!), with their erudite pieces of wisdom, to guide us on this unknown path of fortune, truth and finding a cable channel with something decent to watch!.

If I took Le Torche’s musing from a meteorology angle, I’d definitely need my coat on today as its flipping freezing outside! Overnight we’ve had our first snow flurry of the year in East Leeds….. Either that, or Liam Gallagher has had a sneezing fit in my back garden!…… Allegedly!

It’s a good job the weather isn’t mild as, in addition to my grey fleece being in the wash, my blue and burgundy ones also currently reside in the linen basket, leaving me fleeceless!

That brings me to another of Le Torche’s pearls of wisdom, which was “A man who is fleeceless is f***ed in mild weather!” By that, I like to think he means it is always prudent to prepare for all eventualities in life! I’m only assuming that, though, he may mean it literally!

La Torche may have been imparting the knowledge that you should make sure you’re in possession of a clean fleece for spring time!…… Or alternatively, he may have just been made the Head of the Lille Fleece Marketing Board, whose motives were trying to give the industry’s flagging sales a boost with a blatant marketing pitch!

Either way, I’d have been stumped aujourd’hui if today’s outdoor temperatures had’ve been temperate!

Philosophy is a strange thing to come to terms with at times. I mean whose words of wisdom do you trust?! As with non-philosophical observations, they can’t all be right! Some people’s opinions are far wiser and more valid than other individuals who attempt to shape your existence for the worse, with spiteful agendas and negativity!

I made up French philosopher Aidan Le Torche, along with his supposed words of wisdom. I tried to make a point it’s not that difficult to pen a philosophical musing. Admittedly, whether it’s any good or not is another thing! I suppose the manner in which it is sold will ultimately decide how it is received by its audience! 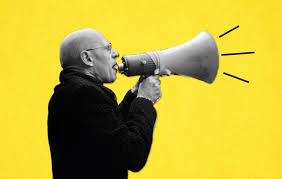 For example, if my first sentence above were “I’ve  (Gary Strachan) always said of the weather ‘If it’s cold wear a coat! If it’s warm don’t wear a coat! If it’s mild wear a fleece, but not the grey one as it needs a wash!’ no one would pay attention to it! That is simply because I was selling it as my philosophy and people know I’m not a philosopher! …. Although, I do know quite a bit about fleeces!

However, if I convey those as sentences from an emanate French philosopher, the same ideology takes on a whole new life as possibly genuine! …… Although, the bit about the grey fleece needing a wash would have probably given the game away on this occasion!

I don’t advocate taking my advice on matters philosophical. However, if my fictional statement of “If it’s cold wear a coat! If it’s warm don’t wear a coat! If its mild wear a fleece, but not the grey one as it needs a wash!” makes people evaluate and adjust their behaviour for the better, then it’s valid advice! ….. Isn’t it?!

To me that’s common sense, but I’m just a simple bloke from the north of England, not a well educated philosopher from Lille……. Actually, coming to think of it neither was Aidan Le Torche; I made him up remember!

One of the hardest things about making up fictional names is recalling them 500 words later in the monologue! In the paragraph above I wrote the French philosophers name as Aidan Le Front. Thankfully, I scrolled back to check and corrected accordingly!

Like most of my blogs, this take on philosophy has been written very much with tongue in cheek. Although my opinions, they have been given a mischievous slant to try add a lighthearted spin on proceedings!

Right, after spending a morning writing that pretentious bollocks, I need to go and wash my fleeces. I need to be prepared in the event the weather takes a turn for the milder!

My grey fleece in cleaner days! 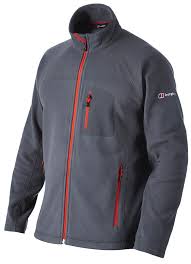