Well it’s 17th December and the festive feel in Chez Strachan is slowly intensifying. How can you not feel festive when you’re greeted with the words ‘Front Bottom’ from behind window 17 on my Tourettes Advent calendar?!

To add to the yuletide spirit, the unmistakable smell of spilt wine, satsumas, and the newly printed Christmas Radio Times magazine emanate from the lounge!

The Radio Times probably won’t get read and the satsumas will remain uneaten, but hey it’s tradition. Like getting a full turkey, instead of a crown, despite only the breast being used. Christmas Day wouldn’t be the same without fishing giblets out of the uncooked bird on the morning! 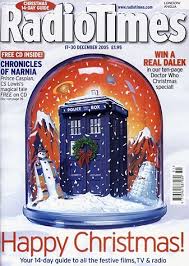 As I sit at my laptop a solitary robin, red of breast, peeps through the window, pruriently waiting for the festive DNA test results on the Jeremy Kyle Show!

Upstairs Karen is sat watching a biopic about the late Princess Margaret on a little watched cable channel.

It’s an obscure station that we’ve never watched before and are unlikely to watch again! ………. That is, unless it airs a biopic about former bird impressionist Percy Edwards, which I’d just have to see!

Karen loves the British Royal family. She has a wealth of knowledge about the monarchy, gleaned from the book ‘100 Facts About The Royal Family And Cheese Making’.

Admittedly, the subjects are strange bedfellows, nonetheless not only has it enhanced my wife’s regal knowledge, her dairy production skills have never been better!

Karen seems happy that she has reduced her knowledge void of the late princess with this low budget movie. She is now in possession of the fact that Margaret’s husband Anthony Snowden and the singer/songwriter Anthony Newley were different people!

On occasion, she does confuse the identity of her celebrities. I’m no psychiatrist, but I reckon it comes from when, as a young girl, she was given the part of Bruce Forsyth in the school nativity!

It wasn’t a major part but it seems to have left scars! Her only line, after the birth of the saviour, was “Nice to see you! To see you ….” To which the audience responded “Nice!”

I have no strong opinion either way about the Royal Family. I was brought up to respect them, which I do. I think they are no longer the PR disaster of a few decades ago, which has been contributed to by the younger royals in a big way!

It wasn’t just the royals I was taught to respect as a young child, it was people in general, particularly my elders.

However, experience, cynicism and middle age have eroded away that ideology. I now respect people who deserve it, not because they are older or ‘so called’ better!

There are some risible people of all generations. Likewise, there are decent people of all ages. Outside of my family group, my life has been influenced by some absolute idiots, who I listened to and respected because they were older and supposedly better than me. It won’t happen again!

I’m talking about negative people without a shred of humanity, who exhibit archaic values and practically abandoning their incurably ill daughter!

There are several people in the Royal Family I feel do deserve respect for the work they do for this country’s economy and brand. Not to mention their extensive sponsorship of worldwide charities. I can’t see anyone making that same positive impact if we were a Republic.

When I sat in front of my blank Word document this morning, I intended to write a light hearted tome about the build up to Christmas Day. As is my want, I ended up being distracted and instead writing predominantly about the Royal Family!

It has to be said that, the fact I’ve penned around a page of A4, after I wrote above that “I have no strong opinion either way about the Royal Family.”, has been a surprise to me!

Anyway, I’m going now to think of another subject that I have no strong opinion about to write about tomorrow! 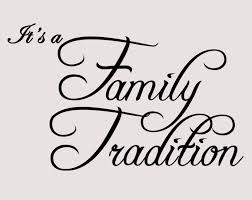