As I commence putting pen to paper, the distant sound of Adele singing the melancholic  When We Were Young emanates from the opposite side of my lounge/dining room.

Obviously, the source of the Tottenham-born singer’s trademark lament is a radio station channel. The superstar hasn’t travelled to my modest West Yorkshire abode to perform the song live……. Sadly, she rang last night to cancel due to the current adverse weather in Blighty.

Obviously (again), the last sentence of the above paragraph was fictional……. The weather’s picked up, so it’s probably just an excuse from the powerful vocalist because she couldn’t be arsed…… Bloody hell, I’m milking this weak gag for all it’s worth! 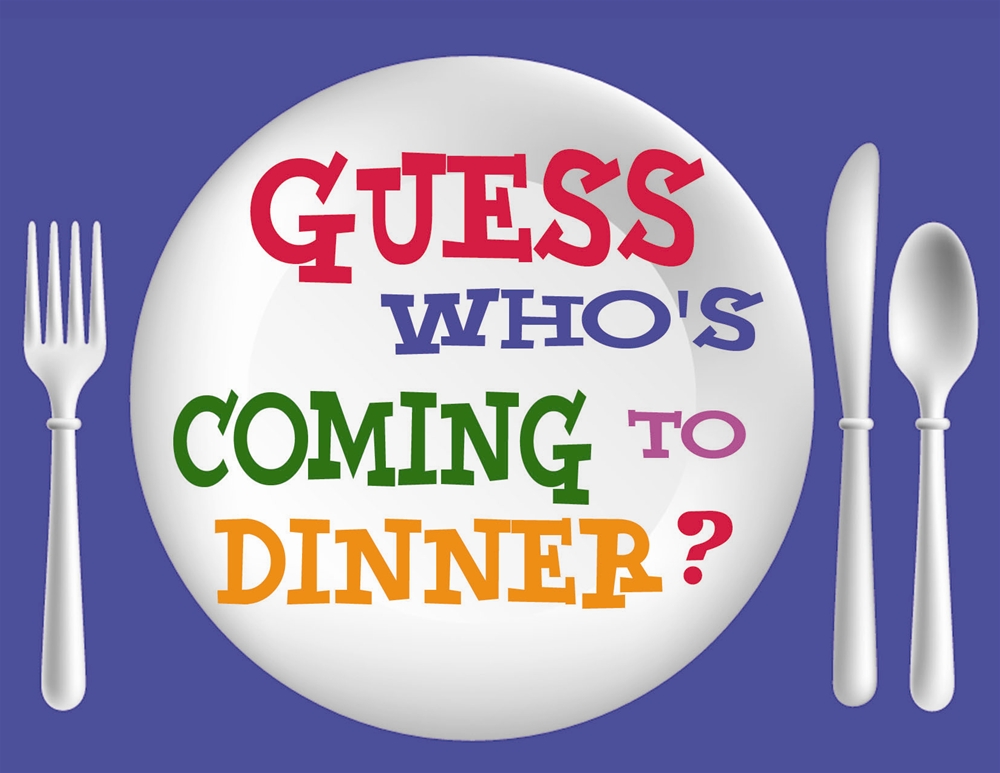 A few years ago, an acquaintance randomly enquired which five famous individuals (dead or alive) I’d choose as guests at a dining party. On hearing this intriguing question, my initial reaction was thinking to myself “Mind you’re own chuffing business you nosey get!”

My second epiphany was to ponder who’d have a strong enough constitution to stomach three-courses of tasteless and indigestion inducing cuisine. An unfortunate necessity when I’m chef for the evening.

Following this, I pondered if the deceased invited to my hypothetical nosh up would arrive in their living state. I assumed it would be, after all the remains of the passed perched on a dining chair wouldn’t be great conversationally. Not to mention a historical figure’s skeleton (or indeed that of any deceased person) would likely impact on my efforts at creating a warm, aesthetically pleasing ambience for my diners.

After much deliberation, I selected my five dining companions, who unintentionally are all characters no longer with us. Frank Sinatra, John F Kennedy, Groucho Marx, actor Robert Shaw and Peter Sellers the ‘lucky’ recipients of an invitation to an evening of food, drink and questionable anecdotes at chez Strachan.

It wasn’t a conscious decision on my part to select a quintet of deceased guests. Despite finding them higher maintenance and unacceptably selfish in comparison to those who’ve passed, I’ve nothing against the living……. Well, apart from the nasty piece of work who stole my hamster!

The choice of Robert Shaw may surprise a few individuals. No doubt he was an actor of some note, but he wouldn’t appear in the top five selections of most people faced with the same question. The simple reason I’d like Mr Shaw’s attendance is I’m intrigued to know if he regrets damaging the radio on his sinking boat the Orca, ultimately resulting in him being eaten by a massive shark.

Sinatra, JFK, Groucho and Sellers would no doubt feature on many peoples invite lists. To my mind, the best voice, colourful politician and funniest men to have graced this small, beautiful but very messed up planet.

Accomplished raconteurs who’d keep conversation flowing as swiftly as the Aldi branded bourbon – Well I’m not buying for the expensive stuff with those five as guests  for the evening; they’d flaming bankrupt me!…… Unless, of course, Frank, John, Groucho, Robert or Peter want to put their hands in their pockets – After all, they’ve earned shed loads more money than I have.

As I draw towards concluding this monologue Elton John’s Rocket Man is now playing in the far corner of our living/dining room. If you’re reading this Adele, at least Elton made the bloody effort to get here!…… God only knows how he got that grand piano through chez Strachan’s front door.