Early this morning I posted a fairly unremarkable photo on Instagram. The aforementioned a picture of my garden, recently rendered almost monochrome by ‘Beast from the East’ snow drifts and West Yorkshire’s foreboding grey skies.

While editing the photograph, prior to publishing it on social media, I formed an opinion that finding the most effective filter for a picture isn’t always a straightforward process. Granted, in the grand scheme of things it’s not a major life affecting issue; however if you wish to present your art in it’s best light the many options can introduce a great deal of doubt.

On my initial scanning of each of the numerous filters nothing really leapt out as significantly superior to the other. Displaying characteristics of OCD, I spent ages scanning back and forth attempting to ascertain which exhibited the photo in it’s optimum light.

It brought to mind having my sight prescription adjusted in the opticians chair. The optometrist querying “Is it clearer with this lens, Mr Strachan?…… Or this one?………….. This one?……. Or the second?” while he tried various lens to seek gains to my current spectacle configuration. 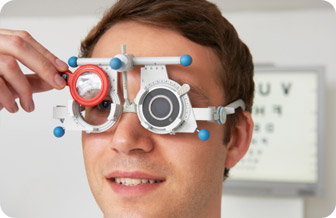 As I flicked through these enhancement filters, one of my multiple personalities (who I’ll name Wolfgang) screamed out in my head:-

“Just bloody send it!!…. Frances in Leicester won’t give a chuff if a boring picture of snow in the garden is adapted by the Gingham filter….. Likewise, Chesney in Dusseldorf will be completely unfazed by your decision if you choose to utilise the Ludwig photo enhancement setting!”

Unfortunately, things then got clouded when a more thorough and tenacious personality (who I’ll call Edward) advocated “Don’t listen to Wolfgang!…. If a job’s worth doing, it’s worth doing well, Gary!”

At this point a third of my multiple personalities (who I’ll call Travis) took centre stage in my neurological corridors. Travis queried “How do you know he was called Wolfgang?…. Gary just made that name up for the purposes of this narrative!”

“I didn’t know you were called Edward, Edward!” Travis patronisingly iterated to the most defensive of my personalities. Wolfgang at this point remained tight lipped, but smirked with self-satisfaction at the confrontation sparked by his mischief making.

This bickering of my personalities was an unwanted distraction as I sought the most effective photo filter for my (hopefully) soon to be posted Instagram offering. Becoming increasingly tired of Edward and Travis bickering over each others knowledge of my multiple-personality names, I instructed them to shut the hell up.

My admonishment worked well, although led to a shout from my missus in the kitchen of “Who you talking to, Gary?”……. Not wanting to add to the weighty rap sheet the wife maintains regarding my erratic behaviour, I shouted “Nobody!”, before returning to the world of photo filter software.

Having eventually narrowed down the choices to two filters, I sought Edward and Travis’ opinion which they felt enhanced my soon-to-be Instagram picture – Clarendon or Perpetua.

“The aesthetics of Clarendon usurps the creative effect rendered by Perpetua, which is too kitsch for my liking.” Travis opined eloquently, after I’d asked “Is it clearer with this filter?…… Or this one?……. With this filter?……. Or the second?”

Meanwhile, Edward, who was sulking after being told to shut the hell up, moodily responded “They are both crap….. I prefer the Valencia filter!”

Fed up with the whole bloody thing, I took Wolfgang’s advice and posted the darned original!