To distract me from gawping at the hypnotic sight of settling snow flurries outside, I’ve been watching a few minutes of a dog psychic on breakfast TV. As a sceptic of human beings being able to telepathically connect with canines, apart from Bob Carolgees & Spit the Dog, I commenced the viewing with an unhealthy level of cynicism.

Before continuing, I want to make it clear I’m not writing this piece to mock psychics or the many individuals who believe in extrasensory perception. The narrative is aimed at the more generic statements cascaded to believers which are incredibly vague and can be interpreted in many ways.

For example, one of the dog owners was informed that their very nourished, healthy looking dog was relaying he/she was being looked after well by another woman when the owner was at work. The owner responded along the lines of “Yes, that’ll be my mum!”

Chuffing heck, you’re kidding me aren’t you?!…… Even if the psychic can connect on some level with Tiddles (or whatever the pooch was called), conveying to it’s owner that the well-groomed, shiny coated apple of their eye is receiving excellent care in their absence was glaringly obvious to see.

I’m fond of dogs, particularly the loyalty they display which is bereft in many humans, but have never owned a canine and can no way be described as a dog-whisperer. That being said, even I could have made the assumption this particular pooch’s care and overall well-being was top-notch.

Although it would have been untrue, it would have been far better telly if the owner had been given a less obvious revelation. For instance, the owner receiving a request via metaphysical message to series-record the ITV drama Marcella. A doggy disclosure bequeathing some comfort at learning Tiddles approved of her late Monday evening TV viewing preferences.

You’ll notice I wrote ‘although it would have been untrue’ in the previous paragraph. That is obviously an assumption on my part. I could be completely wrong and the little pooch may want Marcella series-recording. A consequence of he/she’s love of the diverse, well-written dramas on prime time TV. 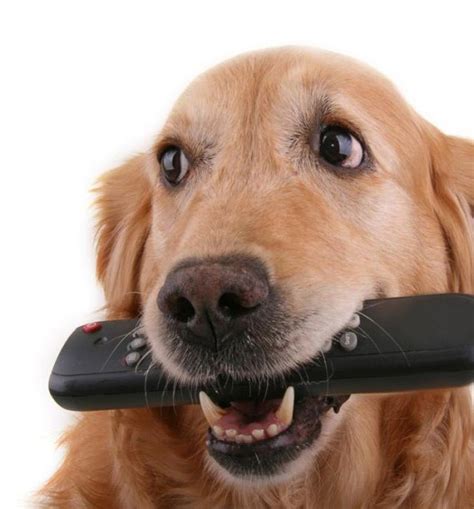 Hounds may love a good whodunit; after all, dogs are used by the police to assist in numerous types of investigation. Who knows, Tiddles may have sussed the murderer on the excellently written drama Broadchurch well before any human…… Well, apart from the writer!

If I was a dog psychic I’d gladly verify my extrasensory findings in my forthcoming fictional offering How The Hell Do I Know If Canines Like Marcella?!

I might email the guy who was on breakfast TV to see if he can shine a light on that particular conundrum. After all, if a dog can tell him he/she is being well cared for, surely relaying their TV preferences and crime solving skills shouldn’t be too onerous.

According to the man with extrasensory perception, a communication conduit between he and the canine world has also been established. Ergo unless pooches are reticent to discuss TV shows or their super-sleuth capabilities, it’s information that should be readily available to our latter-day Doctor Doolittle.