Aching muscles on waking sits akin to nasal hair grooming and overnight bathroom visits as the scourge of the middle-aged man.

I’d never previously felt my age – Sadly this changed when winter 2017 made it’s unescapable visit. As a consequence of the season’s lower temperatures, my inaugural waking thought now is I’ve been coaxed from slumber by a shock from a car battery.

Whilst striving to open my sleep laden eyes and turn over without wincing in pain, I’ve never witnessed any evidence of jump leads in my room. However, perhaps I shouldn’t rule it out completely as my missus does have a 12 volt car battery in the house…… It would also explain why I have vague recollections of hearing Karen shout “Clear!!” moments before I wake.

Of course, I jest about my reveille being a consequence of such an atypical, and potentially dangerous, waking method. On the achier mornings, though, it does feel like I’ve been raised from my kip in that reckless manner…… Perhaps sleeping on an ironing board with a porcupine as a pillow isn’t the greatest epiphany I’ve mustered.

Thankfully, these aches are fleeting and once I’m downstairs and Karen has removed my skeletal kinks with the steam iron, I’m as good as new and ready to face the world…… Actually, good as new is probably stretching it a tad. Perhaps it would be more accurate to say good as refurbished with a one day guarantee. 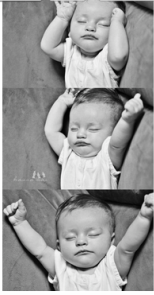 As I’ve penned previously, my sleep longevity has been inadequate since I was in my 20’s, following a curse administered by my wife Karen’s ‘of the night’ mother. A spell spitefully bestowed for my refusal to bite into the apple she’d inject with creosote……. I’d no idea if creosote could cause fatal injuries, but wasn’t prepared to find out.

The fragrant lady was apoplectic with rage at my spurning of the opportunity to poison myself. Vowing from hence forth my slumber would be forever fleeting. Additionally, she decreed I’d never be granted a Costco card; meaning I’d need to seek out alternative outlets if shopping for packs of 400 toilet rolls and vast cooler boxes that I could reside in.

By cunningly purchasing the rolls in small quantities since the curse, I’ve lived unaffected by the inability of bulk buying toilet tissue. However, the sleep element of the spell has proved troublesome. Including on one occasion being so tired I fell asleep at the wheel…… The landlord of The Wheel pub wasn’t impressed with me curled into the foetal position on top of one of his tables, but in my defence I’d been on a week of nightshifts and was absolutely knackered.

Aware of the impact sleep deprivation has on me, worried friends question whether there is anything that can lift the curse. Unfortunately, as far as I know, the only way to break the spell is to purchase goods from Costco; which I can’t do because they won’t give me a bloody card!

A regular drinker in The Wheel always ‘cheers me up’ by telling me of the vast amount of refreshing slumber he’s been blessed with over the previous decades…… I tell you, the sooner Rip Van Winkle gets bloody barred from my local the better!

I’m acquainted with other sleep deprivation sufferers who don’t display the same angst at their erratic sleep patterns. They opine that sleep is overrated and they get by on small amounts, to which I disagree vehemently…… James Cordon is overrated; sleep, however, is a necessity for the body’s re-invigoration, both mentally and physically.

Is there a moral to this light-hearted yarn?

Well, I didn’t set out for the narrative to proffer a message. However, if you want to take anything from this prose it’s:- “If you cherish sleep and your Costco card, be very careful how you react when your mother-in-law offers you an apple injected with creosote!”