On this precipitous Monday morning, I’ve been perusing my diary to ascertain what we have organised for the upcoming week. Despite the convenience of recording plans on the calendar app on my smart phone, the Luddite in me leads me to utilise an ‘old school’ paper diary. This traditional organiser exhibits a distinct scarcity of ink in the pages of the section from 22nd – 28th August.

With the exception of an entry on Wednesday 24th August, the only visible writing on the pages for this week were the word ‘hitman’ on Tuesday. I’m not sure who wrote the words but it wasn’t me!

I’m somewhat alarmed that someone (whose writing I don’t recognise) appears to have taken the diary from my pocket, written ‘hitman’ and returned it from whence it came without me noticing. The presence in my diary of words indicating I may be complicit in a crime also concerns me!

With that in mind I removed the word ‘hitman’. Additionally, I plan to be highly visible on Tuesday to ensure I have an alibi just in case they do relate to a ‘hit’.

Could hitman refer to a meeting with Pete Waterman? 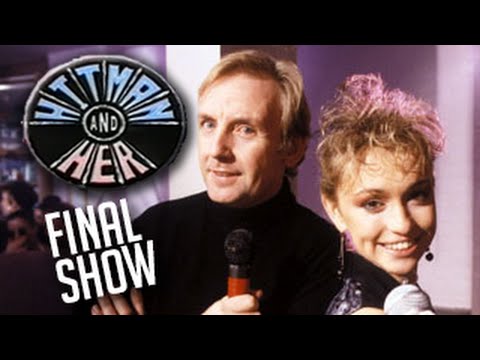 Although there is only one hospital visit this week for Karen, the nature of that visit decrees plans for the subsequent day or two after the procedure are currently on hold.

Unlike the many hours we’ve spent in National Health Service (NHS) establishments in the last five years, Wednesday’s sojourn is non cancer related.

My brave spouse is to undergo a cardiac procedure which, although fairly common place in the 21st century, is not without risk. It will mean Karen spending many hours at the Leeds General Infirmary (LGI) on Wednesday and a possible overnight stay.

In its infinite wisdom, Karma decided that this decent human being, who has never harmed anyone, got off lightly with only having a near six year incurable cancer fight.

So to punish this selfless woman further for her heinous crimes of acquiescing and putting other people first, a heart problem was added to the rancid melting pot of unfairness she has to endure.

I’ve written many times about my thoughts on Karma and its penchant for doling out “punishment” to the unworthy. With that in mind, I don’t intend to revisit previous vitriolic rants…….. Was that the huge sigh of relief I heard from the readership of writesaidfred.org ?!

What I will ask of the righter of wrongs (if it exists) is a simple question. The query I’d like answering is “As with the people you deem have strayed from the path of righteousness, will you be punished for your mistakes?! ……. Or are you given a free pass to undertake indiscriminate and unjustified acts at a whim?”

Who regulates karma? I ask as it appears to me they also seem to have taken their eye off the ball.

Who carries out its year end performance review? Will they make them accountable for their indiscriminate errors of making so many decent individuals suffer, whilst many more worthy of retribution dodge the raindrops?!

If it does have a year end review, I have the following customer feedback for its gaffer:- “Karma has very few (if any) redeeming qualities, is careless, lazy with its choice of victim, takes too many toilet breaks and has personal hygiene issues! In a nutshell it must endeavour to do BETTER!………. Oh and would benefit from the address of a good tailor.”

Despite this unwanted extra addition to her portfolio of health issues, Karen remains stoic, upbeat, pragmatic and determined not to waver in her fight.

She is currently sat opposite me undertaking administrative actions on a large pile of old medical correspondence. As I look over at my little ‘Angel of the North’, it’s heartening to see the look of determination on the face of a this valiant woman, whose fortitude remains solid regardless at what challenges are thrown at her.

My spouse may cacophonously slurp on her cup of tea, emit crumbs when chomping on shortbread biscuits and sing out of key, but the kids and I have nothing but respect for how she deals with her maladious imposters.

“Stop whining, Gary. Things are predominantly stable and you are living with a best case scenario. Grow a pair!” one of my split personalities has just uttered confrontationally in my head.

This is a personality that enters my head frequently to mischief make and give me pasta recipes. For the record, his technique for cannelloni with Italian sausage is superb!! As for growing a pair, I have no response to that fractious piece of divisive advice. What I will say, though, is that next year I’ll be growing a pear after the recent purchase of a pear tree for my back garden.

Right, I need to close this blog now so I can vacuum all the shortbread biscuit crumbs that Mrs S has inadvertently left on the carpet!