Dress code – The bastion of the officious or a necessary set of rules to maintain standards in more exclusive establishments?

The subject was raised yesterday when Karen and I ventured to the White Rose Shopping Centre on the outskirts of south west Leeds.

The mission I was set (should I choose to accept it, which I reluctantly did) was to purchase a smart pair of shorts as evening wear for an upcoming holiday.

According to my spouse, the shorts I owned prior to yesterday weren’t smart enough for evening dining in our Menorcan hotel restaurant.

I certainly wasn’t smart enough to think of an excuse to get out of it, so ended up at south Leeds’ premier shopping centre, with a indifferent demeanour and an apprehensive Visa card 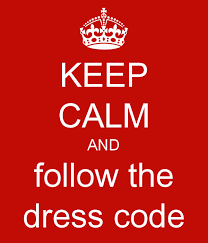 Our first port of call was the ‘Smart Short’ section of a shop named Mr Shorts. As we sifted numerous clothing racks,  I questioned my missus as to what constitutes ‘smart’ when selecting short legged trousers.

After mulling it over momentarily, she unconvincingly replied “You know…… Smart’. I pointed out  that obviously I didn’t know otherwise I wouldn’t have asked her.

As far as I was concerned a tailored grey pair in my wardrobe at home were sufficiently respectable for hotel dining in the Balearic Islands. They were a of sturdy trouser material and, apart from them having sleeves, looked presentable.

However, Karen begged to differ, advising she thought I looked like a schoolboy in them.

With tongue firmly pressed in cheek, I commented that if that was the case she could dump me in the kids club and have plenty of ‘me time’.

She did look momentarily tempted, however, after a fleeting period of reflection, she reached to a rail in the ‘Smart Shorts’ section of Mr Shorts and picked up a dark blue pair.

“Do you like these?” she questioned. If truth be told I did (apart from the lack of sleeves), however, I wasn’t going to have my spouse picking my clothes for me so told her “My grey pair are smarter than that!”

“Yes but you won’t look like a school boy in these!” my wee other half countered.

“How do you know?!” I asked stubbornly.

“I might try these on and be collared by a truant officer as soon as I leave the changing room!” I added ridiculously.

My obstinacy was now bordering on child like. I’ll fit in well at the hotels kids club in my grey shorts I thought to myself with a misguided self-pride.

Unsuitable restaurant attire – Blimey, they have strict dress codes in the Balearic hotels!

I continued looking around the ‘Smart Shorts’ section and eventually caught sight of a smart looking pair in the distance. They were identical to a favourite pair of khaki coloured chinos I had at home with shorter legs (otherwise they’d have been trousers and the same).

When I finally got to the cutoff trousers I’d my eye on,  it was hardly a ‘eureka’ moment. However, they ticked the boxes of smart, stylish and more importantly wouldn’t make me look like a schoolboy.

I motioned to Karen to come over to where I was stood. She was busy chatting to a woman of a similar age. The woman looked the double of my wife, even down to the clothing she wore. The similarity between the two women was uncanny.

Eventually it dawned on me it was her reflection in a full length mirror she was asking if they had a size 34” waist in the blue shorts she liked.

Eventually, when she grew tired of the doppelganger shop assistant repeating everything she said and not answering any questions, so wandered over to see what I was motioning at.

“They’re no good!” she told me as soon as she saw the khaki shorts.

“What you talking about they are perfect. Smart, dressy, fashionable. They tick all the boxes” I countered in exasperation.

“Well you’ve ventured into the ‘Non-Smart shorts’ section. So you can’t class them as smart!” Karen asserted.

“You’re winding me up aren’t you! They have probably just been hung on the wrong rail!” I vented. Before adding…..

“Even if it’s not an error and Mr Shorts staff do class them as ‘non-smart’, I bloody don’t!……… Anyway, how the hell would the hotel know I got them from a ‘Non-Smart’ section?!”

Karen didn’t respond verbally, she merely pulled out the brochure, which she carries everywhere with her.

She skipped towards the page housing our hotel; pointing at the section that states “The restaurant will only allow smart shorts. Any shorts purchased from the ‘Non-Smart’ section of the Mr Shorts clothing chain will not be allowed entry as they do not adhere to our dress code.”

“Well if you want to take the risk they don’t find out that’s your look out.” my spouse verbally volleyed into my court, after I finished reading the dress code.

I stood for a while pondering what strategy I adopt, before saying “Bollocks to this!”, slamming the khaki shorts back on their rack and stormed back into the ‘Smart Shorts’ section of Mr Shorts. 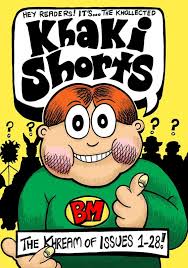 I picked up the blue shorts Karen selected earlier and petulantly ventured to the ‘Pay Here’ desk where I handed them to a young lady for payment. As she folded them ready to bag, she advised

“You do realise these are from the ‘Non Smart’ range of shorts?”

“No they’re not. I got them from the ‘Smart Shorts’ section over there.” I responded while pointing towards the area I picked up the articles.

“They they must have been mis-racked…… I only mentioned it because if your going to the Balearic Isles they won’t adhere to some restaurant dress codes.” the informed me.

I told her to hold the purchase and walked out of the shop with Karen, who asked where my new shorts were. “I’ve decided to wear the grey shorts and look like a schoolboy!”

Dress code – The bastion of the officious or a necessary set of rules to maintain standards in more exclusive establishments? …… I’d proffer it’s a bit of both really!

Smart shorts – So now you know! 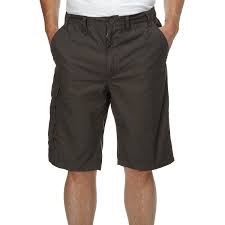