This morning I took my weekly Thursday drive to maison de Strachan senior on the border of Wakefield and Leeds. As ever, I made the journey to undertake a spot of gardening for my octogenarian pater.

A man of few words, my old man had almost completed cutting the front lawn as I pulled into his drive. On seeing his eldest child he stopped the lawnmower, greeted me with a nod, before grunting a few words in my direction and restarting his electric mower.

I took this greeting to be “Hi Gary, how you doing?” (no he’s not Joey from TV show Friends), however for all I know it could just as easily been “Bloody hell, not you again!” 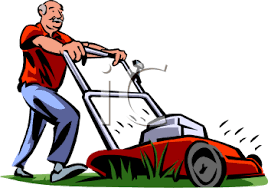 As I approached him he stopped the mower again, at which point I reciprocated his greeting with “Alright baldy!”, prior to shaking hands and me patting him on the shoulder.

I think my dad took the shoulder pat as the loving gesture of a son, however I was actually trying to remove dandruff from his sweater. 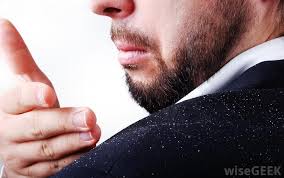 “Right then, Mally. What is it you want me to do gardening wise?” I questioned……. The suffix of ‘garden wise’ was added to the sentence as if I’d have just asked “What do you want me to do?” I’d have given him the opportunity to say “Bugger off back home!”

However, with the clever addition of those two words I’d mitigated against him being able to crack that gag.

“If you cut the back grass and weed the borders that would be great thanks, Gary……. Oh, and then you can bugger off back home!” my father responded after a period of brief reflection.

After he’d completed the manicuring of his front lawn,  I wheeled the lawnmower around the back of my parents house. Here I was dismayed to be greeted with two washing lines full of clothes drying in the summer West Yorkshire breeze.

My mum had obviously decided to raise the difficulty level of ‘Project Gary Back Grass Cut & Edge with Edgers’ (I was never good at making short and pithy project names up).

This meant I’d have to carry out mowing the lawn whilst skilfully maneuvering around  bed sheets and pensioners clothing .

There is something deeply uncomfortable about attempting to mow a lawn whilst attempting to evade bed sheets and old people’s underwear, which was even bigger than bloody bed seats.

I’d carry out any chore for my parents. I’d go to the end of the earth for them, however if given the choice I’d rather do it without my dad’s washed undies wafting in my face!…… Or indeed his unwashed undies!!!

Navigating the contents of the two washing lines added a few minutes to the task of trimming the lawn, so wasn’t overly onerus from a time perspective. I was more concerned about the mental scars I was receiving carrying out this voluntary gardening work.

On conclusion of the mowing, I pegged the items of clothing draped around my neck during the chore back on the line. That clothing consisted of three socks, two bras and something that looked like the cuffs off a shirt

As a thank you I received an agreeable lunch with a cuppa of Rosie Lea, when my dad walking into the kitchen from the living room and asked my mater “Is he still here? The sponging get!”

I left at 2pm with a gift of a bag of wine gums and the thought in my head of “Why the bleeding hell does Mally need starched cuffs, he doesn’t wear shirts?!” 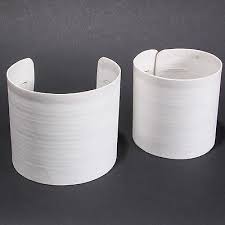