I’ve just spent two hours dressed in a yellow tabard, wearing a huge daffodil on my head and with a box around my neck containing daffodil lapel pins.

To clarify, when I say I had a huge daff on my head I mean a hat in that design, not that I have a yellow flower growing from bulb on my bonce.

The reason I donned this atypical Saturday afternoon attire was I’d volunteered to stand collecting for Marie Curie cancer care at a Morley supermarket, on the outskirts of Leeds. 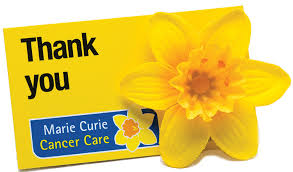 Even though I’m straight, I possibly looked the campest thing in a supermarket since Dale Winton presented TV game show ‘Supermarket Sweep’.

A well meaning but deluded friend suggested using Winton’s catchphrase of “Next time you’re at the checkout and hear the beep, think of the fun you could be having on Supermarket Sweep” to attract more charitable donations.

However, as I’m hoping to attract many donors who will dig deep and give generously, I’ve decided to treat that idea with the contempt it deserves and dismiss it out of hand.

Dale Winton in the Orangest photo ever taken!

Some may say I’m being a misery for ignoring innovative (although idiotic) advice to ‘liven up’ my time stood holding a collection tin. However, I prefer to think of it as a well thought out strategy, aimed at maximising the money donated to an excellent non-profit organization.

When the Carpathian race ruled the areas around a Romanian mountain range, they didn’t gain the fear and respect of the conquered by camply telling them “Next time you’re at the checkout and hear the beep, think of the fun you could be having on Supermarket Sweep”.

No the fictional characters morphed into different shapes, drank blood and used telepathy to instill human subservience. There were no spray tans for the Carpathian’s, apart for young Nigel who was self conscious about his vampire like pallor.

On the flip side, you could argue that the Carpathian’s lacked humanity and wouldn’t have volunteered their time to raising funds for charitable causes. Additionally, their belligerence and confrontational behaviour were not role model traits that should gain them anyones kudos.

I’m not sure why I’m rabbiting on about Carpathians as the metaphor I was using isn’t really relevant to this piece. However, as it has padded out my narrative and they would be good points if they were relevant I’m leaving that section in!

What did I learn from my two hours in a Morley supermarket collecting for a very worthy ‘end of life’ nursing charity?

Firstly, the Morley people were very generous, secondly there are some very tall women in the town and thirdly if in doubt don’t do it!!

Finally, I learnt that if the donations do start drying up at any point don’t under any circumstances follow Bob Geldorf’s 1985 Live Aid rant of exclaiming “Just give me the f***ing money!” 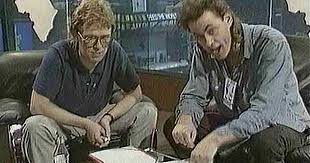 Anyway, I enjoyed my two hours south of Leeds, and to the Morley people I’d just like to say it was “Nice to see you! To see you …… Nice!”

I wandered lonely as a cloud
That floats on high o’er vales and hills,
When all at once I saw a crowd,
A host, of golden daffodils;
Beside the lake, beneath the trees,
Fluttering and dancing in the breeze. 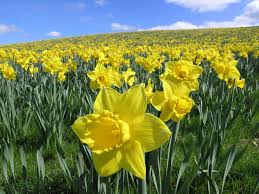