There was a collective sigh the length and breadth of the village of East Ardsley yesterday, when police finally caught up with fugitive from justice Malcolm Strachan, who’d been on the run for non-payment of his £2 Conservative Club subs.

Before the arrest, police had advised the public not to approach Strachan, 560 (in dog years), who has a history of violence and walking around Sainsburys with his flies open!

Strachan with his moll – “Who you staring at?!” 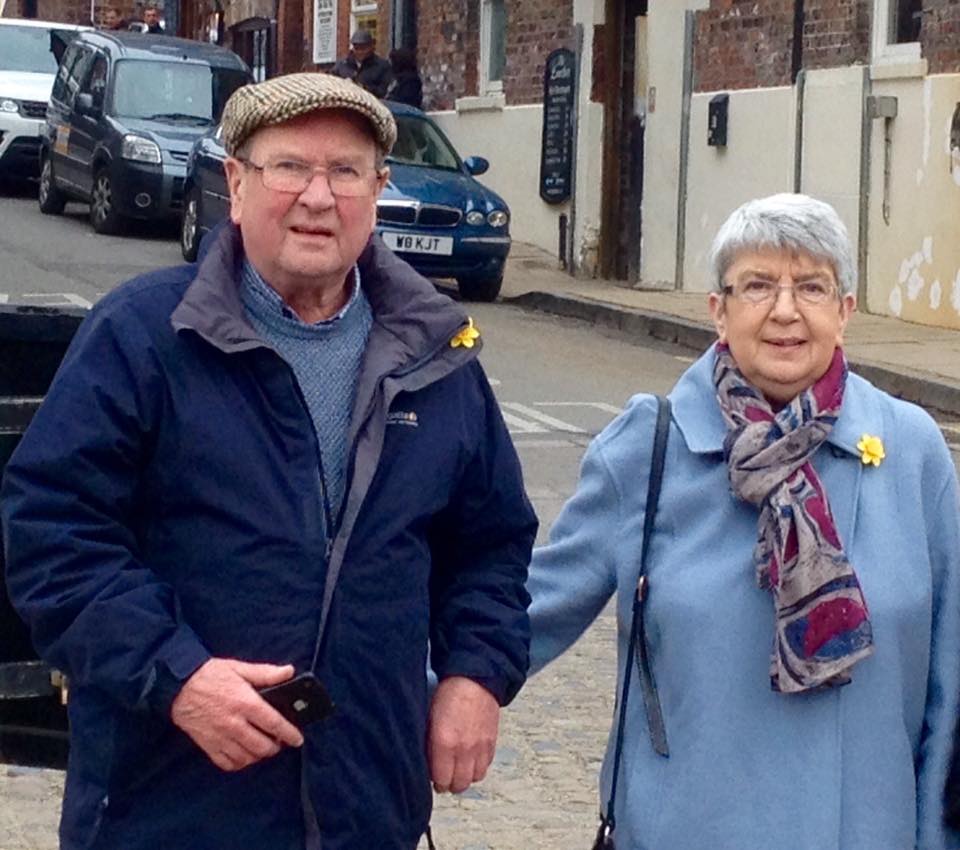 The hard fisted Ardsley man was finally arrested in York with his moll and a mole, late yesterday afternoon. Despite it being uncooperative and digging holes in its manicured lawn outside the station, North Yorkshire police later released the mole without charge.

East Ardsley’s most wanted man (if the women at the community centre’s coffee morning are to be believed) had refused to pay the subs, deeming them exorbitant. He claimed to a shocked Conservative Club committee in January that he wouldn’t cough up the money as “My arse isn’t studded with diamonds you know!”

In what Strachan deemed as intransigence by the committee, the club secretary refused to compromise, despite his moll confirming that the irascible Yorkshireman’s arse wasn’t studded with diamonds.

This led to the non payment of subs and the Ardsley man going on the run. Friends claim it was a overreaction. However others sympathised, saying he was a desperate man, afraid of losing his liberty for breaching club rules by drinking in there without fully paid up membership !

The lack of willingness to compromise by the Conservative Club committee is believed to originate from the frequent problems Mally (as he’s known to people who call him Mally) had caused throughout his membership!

Only a few months ago Strachan allegedly caused committee unrest when he donated a prize to the Christmas Tombola that had passed its sell by date. His argument that he didn’t realize underpants had a sell by date held no water with the unhappy club leaders.

Last year Mally caused an even bigger stir when he shouted “House” during a club bingo game, when in fact he still needed another number! On another occasion he had to be calmed down when he tried to pick a fight with his reflection in a mirror in the gents toilet!

Strachan’s rap sheet also includes drug dealing in the club where his covert distribution of Viagra is a very open secret. Not to mention the fact he isn’t even a Conservative voter!

The head of the Ardsley ‘family’ is expected to be released later today once he supplies the desk sergeant’s with a kilo of Viagra!

A spokesman for the ‘Conny’ club remained tight lipped about Mr Strachan’s case, other than to say “The subs were only £2! … The tight get!”